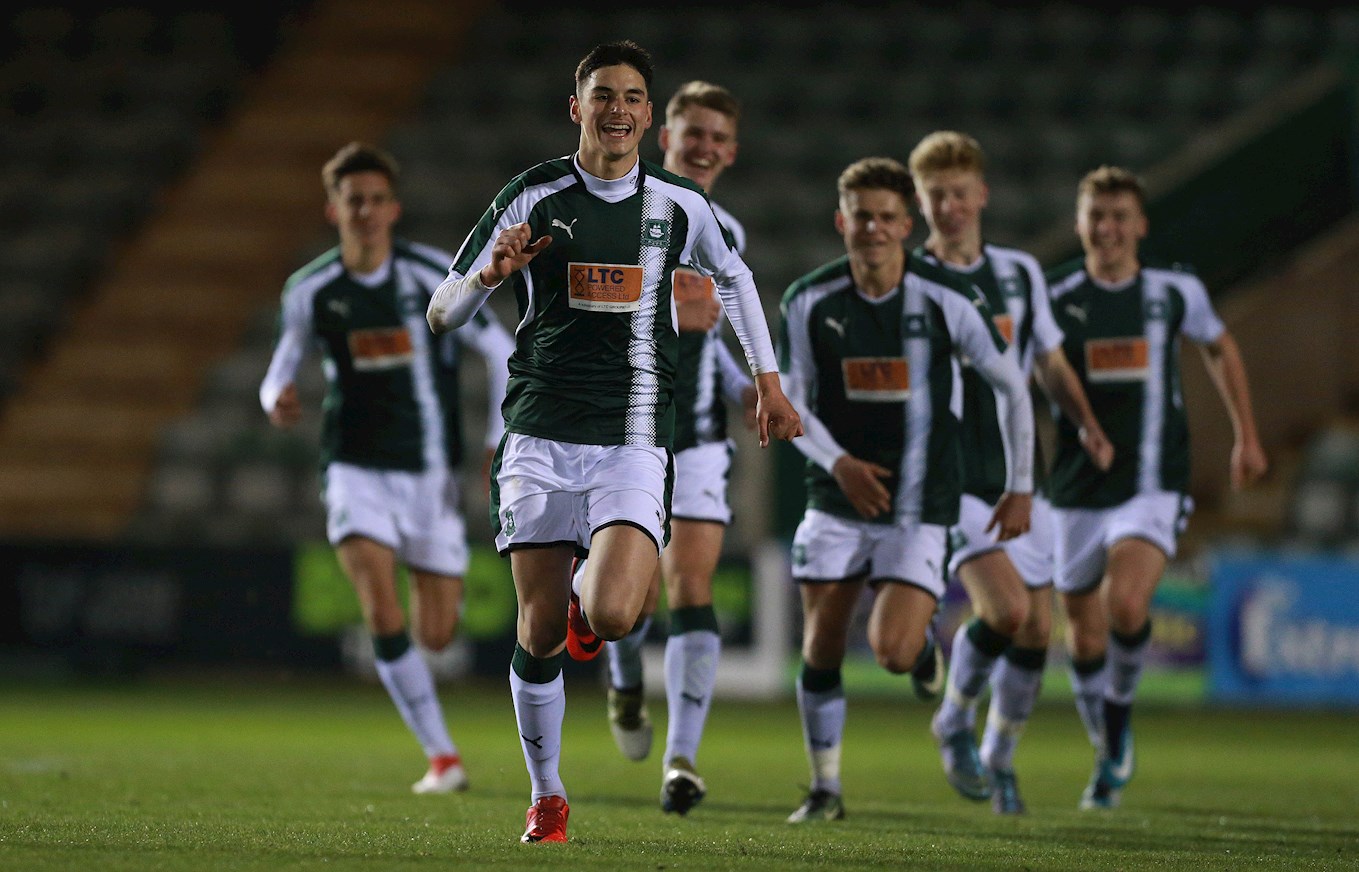 Youngsters End on a High

YOUNG Pilgrims Klaidi Lolos and Luke Jephcott are ending the season on a high note.

On Saturday, Argyle Academy first-year apprentice Klaidi was called in to Derek Adams' first-team squad for the final game of the Sky Bet League One season at Gillingham.

On Wednesday, Klaidi hit a hat-trick for the Pilgrims in their final Carlsberg South West Peninsula League Premier Division game against St Austell.

Now, he has been nominated for the League Football Education Goal of the Month for April, a stunning long-range strike in the EFL Merit League 2 match against AFC Wimbledon at Harper's Park.

You can see the goal here and vote for Klaidi to win the award against competition from seven other contenders.

Klaidi was not the only Pilgrim to claim a hat-trick in the 7-3 victory over St Austell at Coach Road. Alex Battle also rang in a triple, with Adam Randell adding the other goal.

Luke Jephcott is another young Argyle forward, who, like Alex, has been given a professional contract for 2018-19, and who is enjoying the end of the season.

Luke has been called in to the Wales Under-19 squad currently competing in the Slovakia Cup against teams from the host nation, Azerbaijan and Hungary.

After substitute role against the hosts, Luke made his full international debut against Azerbaijan on Tuesday and put in a strong display.