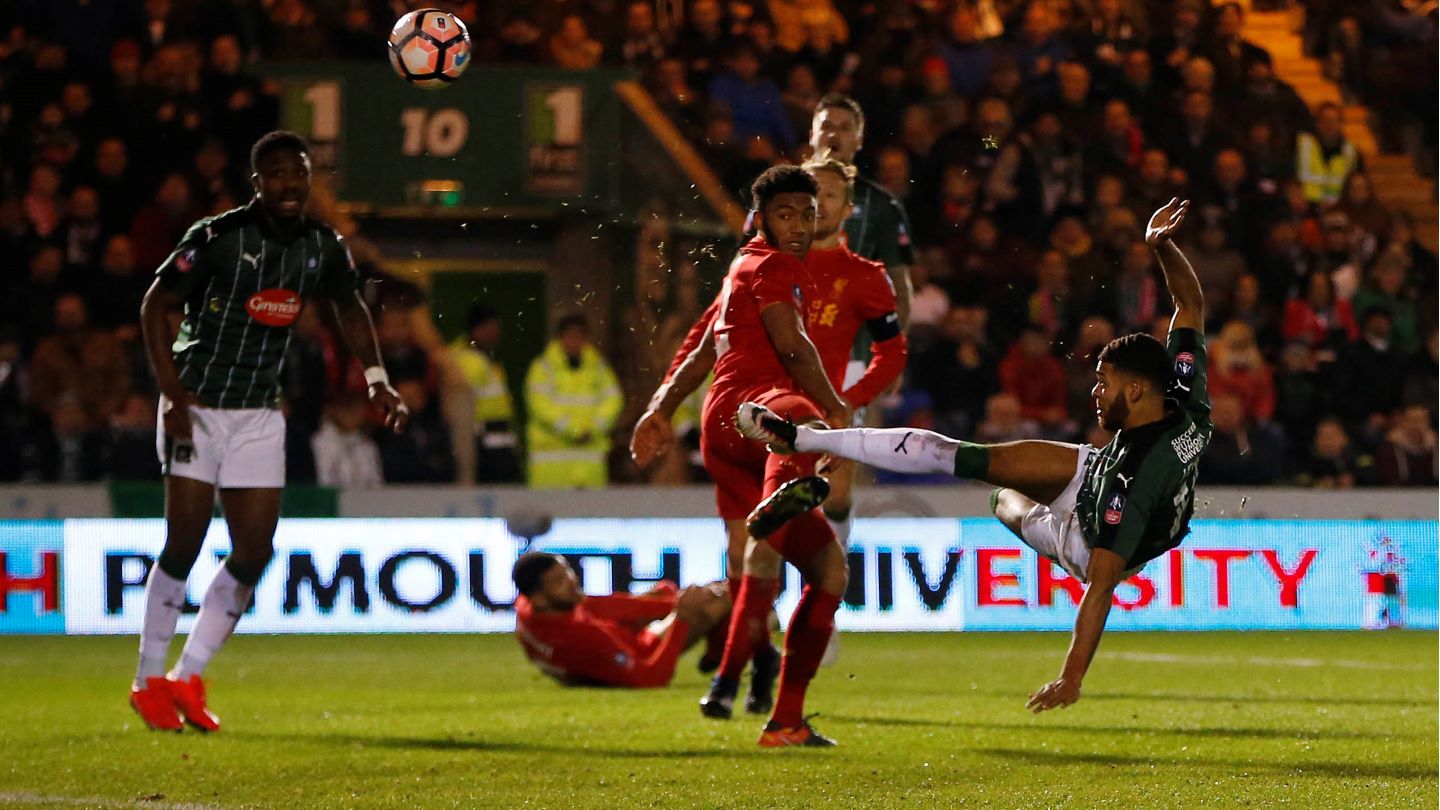 ARGYLE enter this season’s FA Cup with a home game against Stevenage on Saturday and the ultimate objective is to replicate the memorable clashes with Liverpool two seasons ago.

The Pilgrims reaped terrific financial and football benefit after earning an impressive draw at Anfield in the third round, and then narrowly lost the replay in front of a packed Home Park.

The first challenge this year will be a Stevenage side going well in Sky Bet League Two but Argyle manager Derek Adams is feeling good about his team, despite the 2-0 loss to Sunderland on the weekend, a game where the Pilgrims performed admirably without getting the right rewards.

“You’re always excited by the FA Cup, it’s a great competition and the longest competition going,” said Derek. “We all feel that trying to get through the rounds and get a big team, as we did with Liverpool, is always exciting.

“We have to get through Stevenage on Saturday and they are going well in League Two. The FA Cup is always difficult because you never know what it is going to happen.

“To progress through the rounds would be beneficial to us. We did well in the League Cup by beating Bristol City and we would like to get through these two rounds to try and get the big tie.

“The players are in a good place and we saw that on Saturday. We saw the appreciation the crowd had for the performance and we want that again.

“We’ve got a clean bill of health from Saturday and looking forward to getting a number of injured players back with us. Every competition means a lot to us and the FA Cup can become lucrative if you get through the rounds.

“Generating money can be important for the football club and we proved that with the Liverpool game. We improved the training ground immensely over that time.”