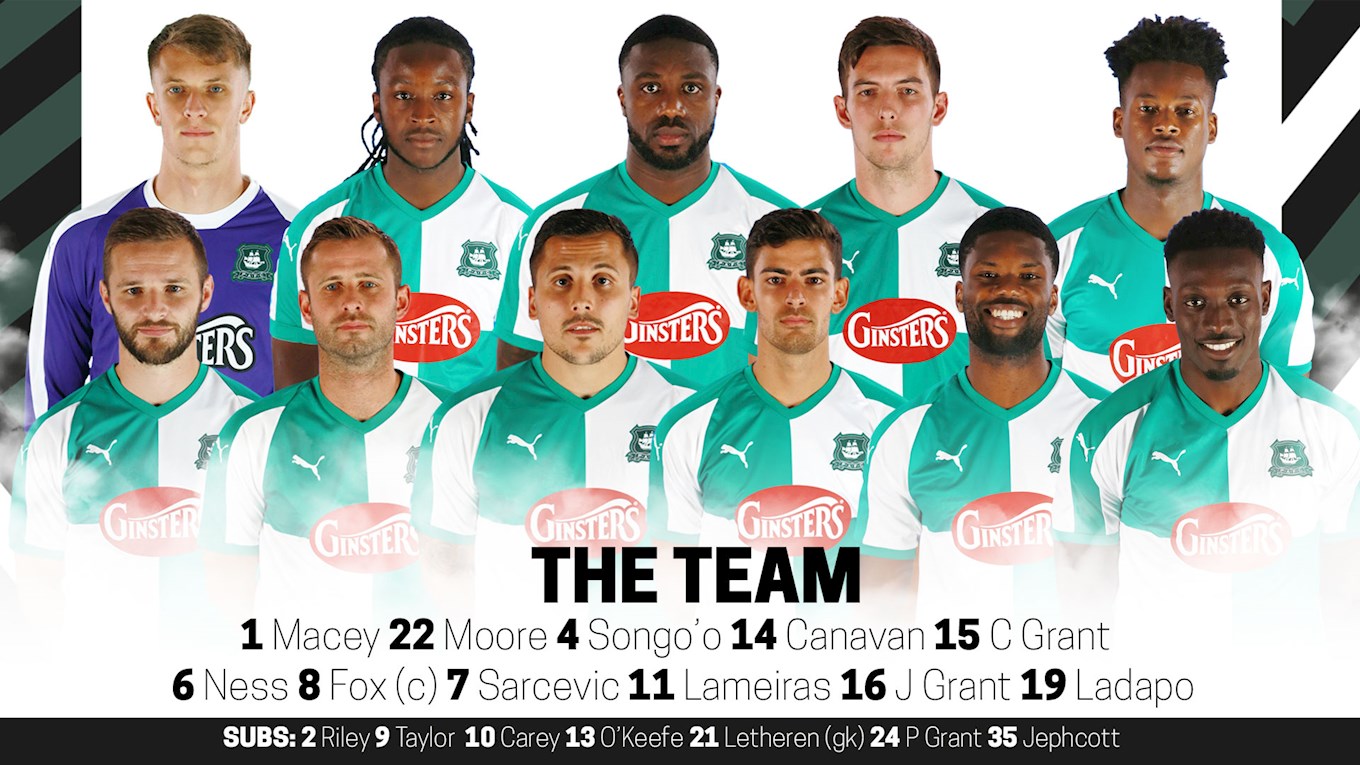 ARGYLE went into Tuesday night's Sky Bet League One contest at Shrewsbury Town with a starting 11 unchanged from that which had beaten Fleetwood Town at Home Park three days earlier.

Manager Derek Adams' decision to begin with the same team meant no quick return for midfielder Graham Carey, who missed the 2-1 win over the Trawlermen through suspension.

Carey had to be content with a place on the substitutes' bench as Ruben Lameiras continued in support of ten-goal Freddie Ladapo, who had a loan spell with Shrewsbury two seasons ago.

Another ex-Shrew, Antoni Sarcevic, also lined up for Argyle, while a third former Town player, Joe Riley, whose last game for the Shropshire side was in last season's League One play-off final, started on the bench.