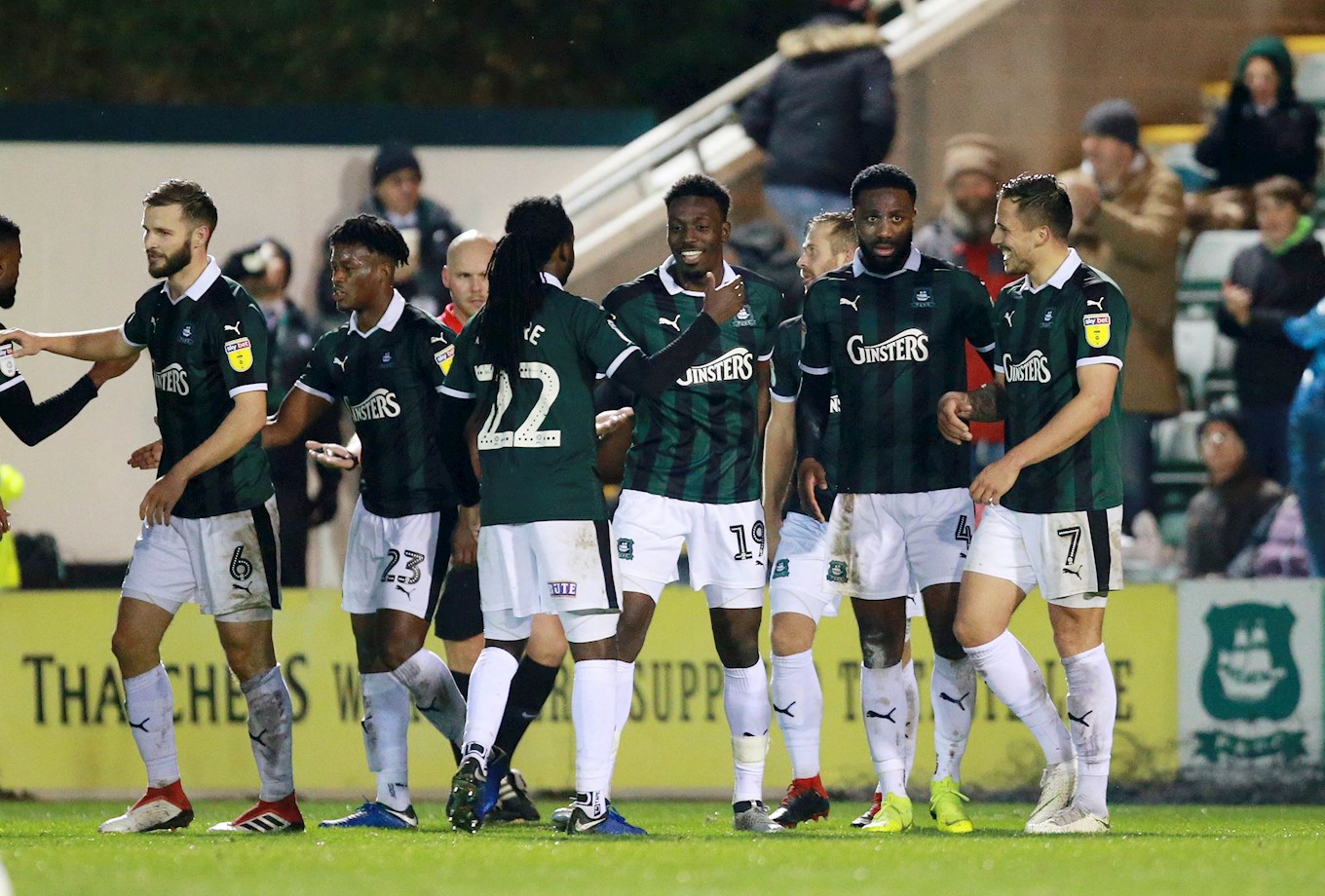 FOR 45 minutes at Luton seven days earlier, and more than an hour of the visit of Fleetwood to Home Park, Freddie Ladapo had cut a frustrated, unproductive figure.

Then his and his side’s fortunes turned in ten amazing minutes, when he scored the goals that gave the Pilgrims a magnificent bounceback victory from their chastening defeat at Kenilworth Road.

Paddy Madden tested the late nerves by pulling a goal back for the visitors five minutes from time but Argyle, and Ladapo in particular, deserved to hold for three welcome points.

Antoni Sarcevic had been passed fit to face his former club after having been written off by manager Derek Adams in the build-up to the game.

Sarcevic – a Wembley winning goalscorer for the Trawlermen – had shown rapid powers of recovery to overcome a dead leg sustained in the previous week’s defeat at Luton Town.

Doubts about fellow midfielder Jamie Ness also subsided later in the week to allow him to take his place in a starting line-up that showed just one change from that at Kenilworth Road.

With Graham Carey suspended for one match following a fifth yellow card of the season against the Hatters, Ruben Lameiras made his first league start in more than a month.

Ryan Taylor continued his comeback from injury with a place on a substitutes’ bench that also included full-back Joe Riley, whose previous appearance in an Argyle squad had been in mid-September.

The Pilgrims took time to get into their stride, initially unsettled, it seemed, by the visitors’ high and hard press.

The tactic created plenty of early possession for the Trawlermen which created more than a few half-chances and threatening positions. The one shot on target came from Madden, deflecting the Fleetwood Ryan Taylor’s cross goalwards, where it was pouched easily by Macey.

Once Argyle had worked out a way to get hold of the ball, they looked a far different prospect as their quick passing game clicked into gear. Ness shot wide and Lameiras worked an opening for an effort that was deflected before Yann Songo’o headed David Fox’s corner to the back post narrowly wide.

Holt was booked for a foul on Sarcevic and Fleetwood struggled to gain a measure of influence in the midfield area. From the resultant free-kick, Lameiras curled a low shot around the inside edge of the defensive wall, forcing Town goalkeeper Alex Cairns to go low to scramble the ball away for a corner.

After a fallow period, the Green Machine cranked through the gears again and reached maximum revs leading up to half-time. Unfortunately, Cairns again proved an effective roadblock.

The custodian first went full length to keep out Fox’s magnificent strike, a superb low volley of a headed clearance that was bound for the corner of the goal before a gloved invention.

Cairns was only warming up, though. Next, Joel Grant drove down the left, leaving his marker on his backside just inside the area before teeing up Ness for a fierce shot that was tipped over the crossbar.

Niall Canavan was third man unlucky. Timing his run into the centre of the six-yard box perfectly to meet a left-wing cross, the Pilgrims’ centre-back’s header caught a deflection off Lewie Coyle which meant that Cairns had to change direction before clawing the ball off the goal-line. Remarkable.

Argyle did not repeat their slow first-half start at the beginning of the second period and Ladapo fired over the crossbar, an opportunity created by Smith-Brown’s tenacity.

The Pilgrims continued to look the side more likely to make the breakthrough, upping their possession as the tempo of the game slowed and getting the ball out wide. Tafari Moore found Ladapo at the far post after cutting in from the right, but Ladapo was crowded out.

Argyle’s leading scorer then played a sweet one-two with Lameiras, whose shot was always on the rise and sailed over.

It seemed that Ladapo’s race was run as Ryan Taylor stood ready on the touchline to make an entrance.

Then, Fleetwood substitute Wes Burns erred and Ladapo was on to his mistake in a flash, holding off his markers before unleashing a shot that finally had the beating of Cairns, only for the ball the clatter back off the goalpost.

The visitors were unhinged and Freddie, who had looked lukewarm for much of the game, was suddenly…well, on fire. In the next moment, he muscled his way past Cian Bolger and fired home his ninth goal of a tremendous season.

Nine minutes later, he was on cloud nine. A Fox corner from the left was headed onwards by Canavan, and Ladapo stooped to conquer on the goal-line.

On a Home Park hat-trick for the third time this season, a clearly confident Ladapo was denied a hat-trick when, after bringing the ball down on his chest and volleying goalwards, Cairns saved well.

Perennial thorn in Argyle’s side, Madden made the final minutes a nervy period when he halved the deficit by converting Burn’s neat pull-back, but there was no denying the Pilgrims.