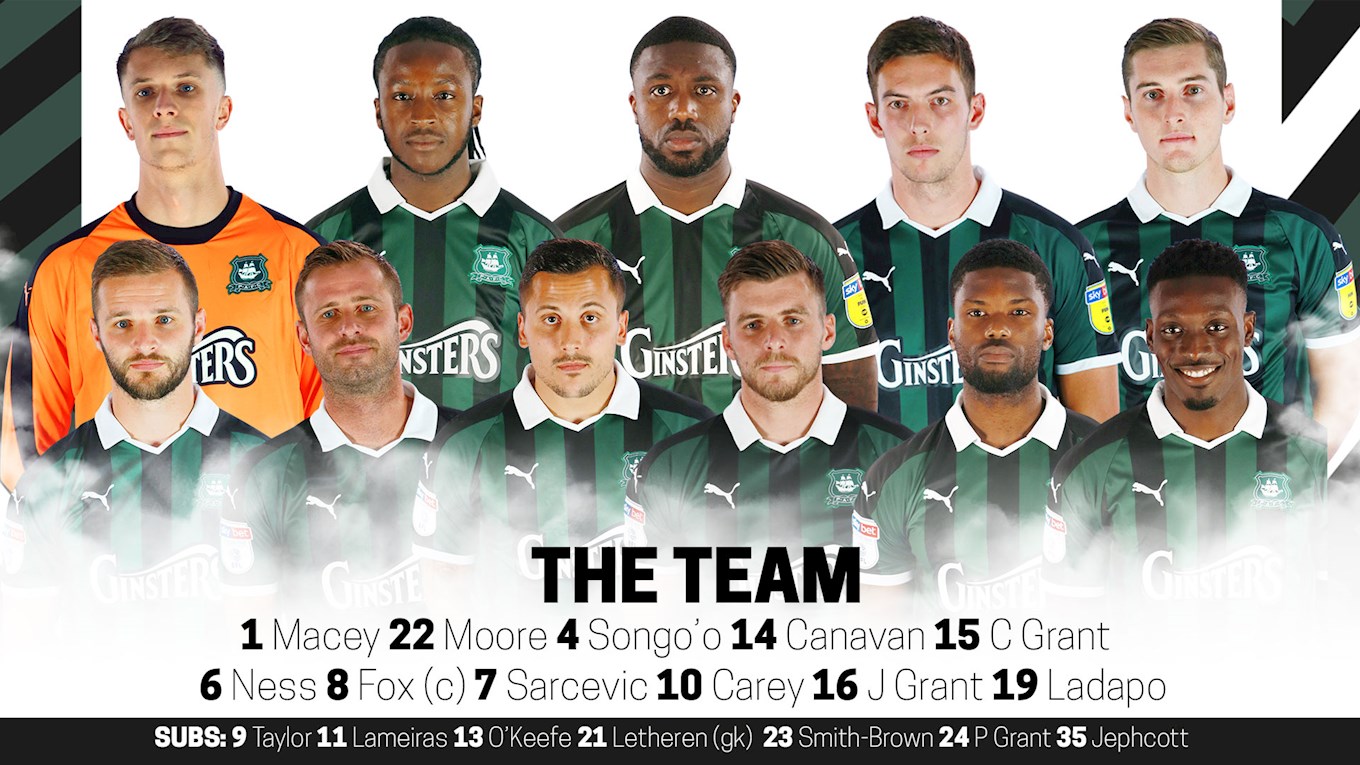 ARGYLE went into their Emirates FA Cup first-round game against Stevenage at Home Park with an unchanged side.

Manager Derek Adams selected the identical starting 11 that had performed so well against Sunderland at the Theatre of Greens in their previous Sky Bet League One match.

It was the same line-up that had paved the way for victories over Gillingham, at home, and at Scunthorpe United.

There was a welcome return to the first-team squad for forward Ryan Taylor, whose last previous appearance had come as a substitute against Blackpool at Home Park, two months previously.