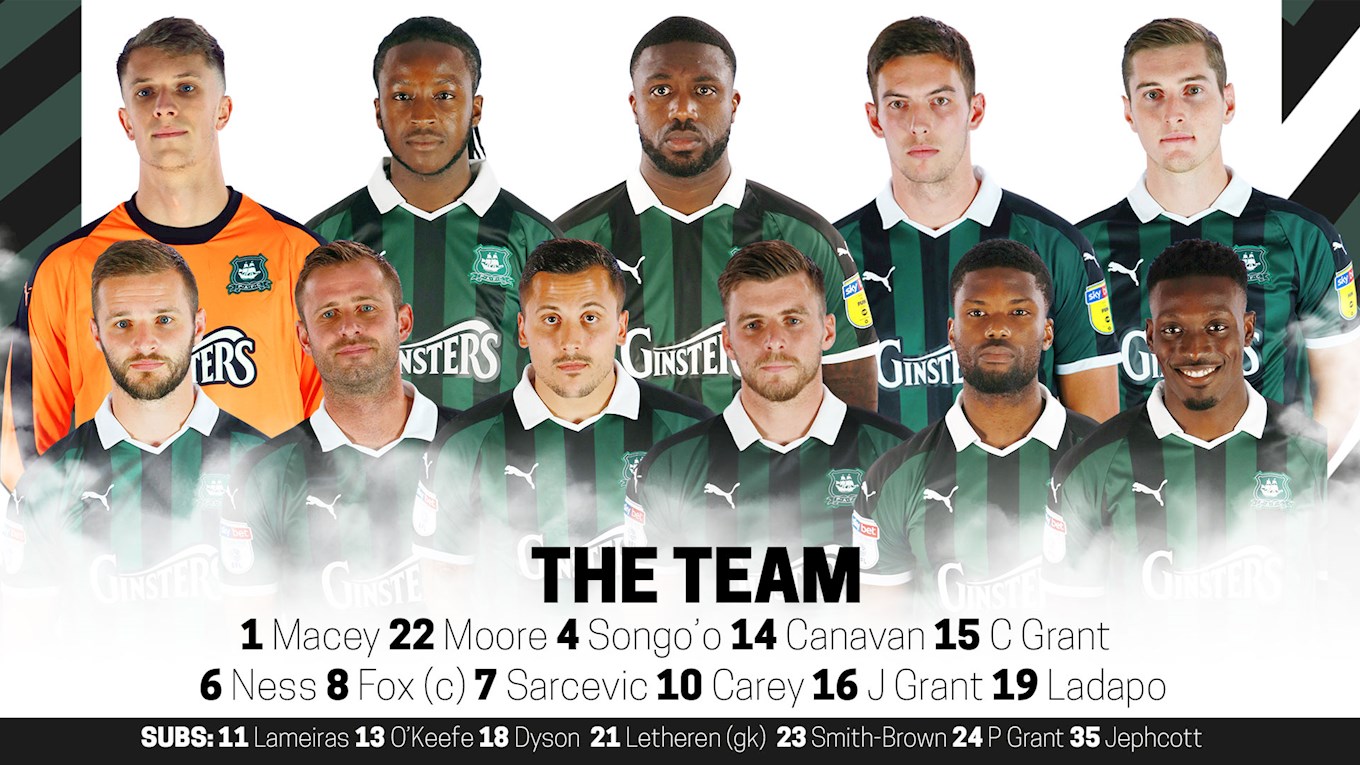 ARGYLE reverted to the line-up that paved the way to a 4-1 Sky Bet League One victory at Scunthorpe United seven days earlier for this afternoon's visit of Sunderland to Home Park.

Joel and Ladapo had both scored in the impressive victory at Glanford Park, with Ladapo scoring for a third successive match to emulate a feat last achieved by Reuben Reid five years earlier.

The only change was on the substitutes' bench, where Calum Dyson replaced the injured Gregg Wylde.