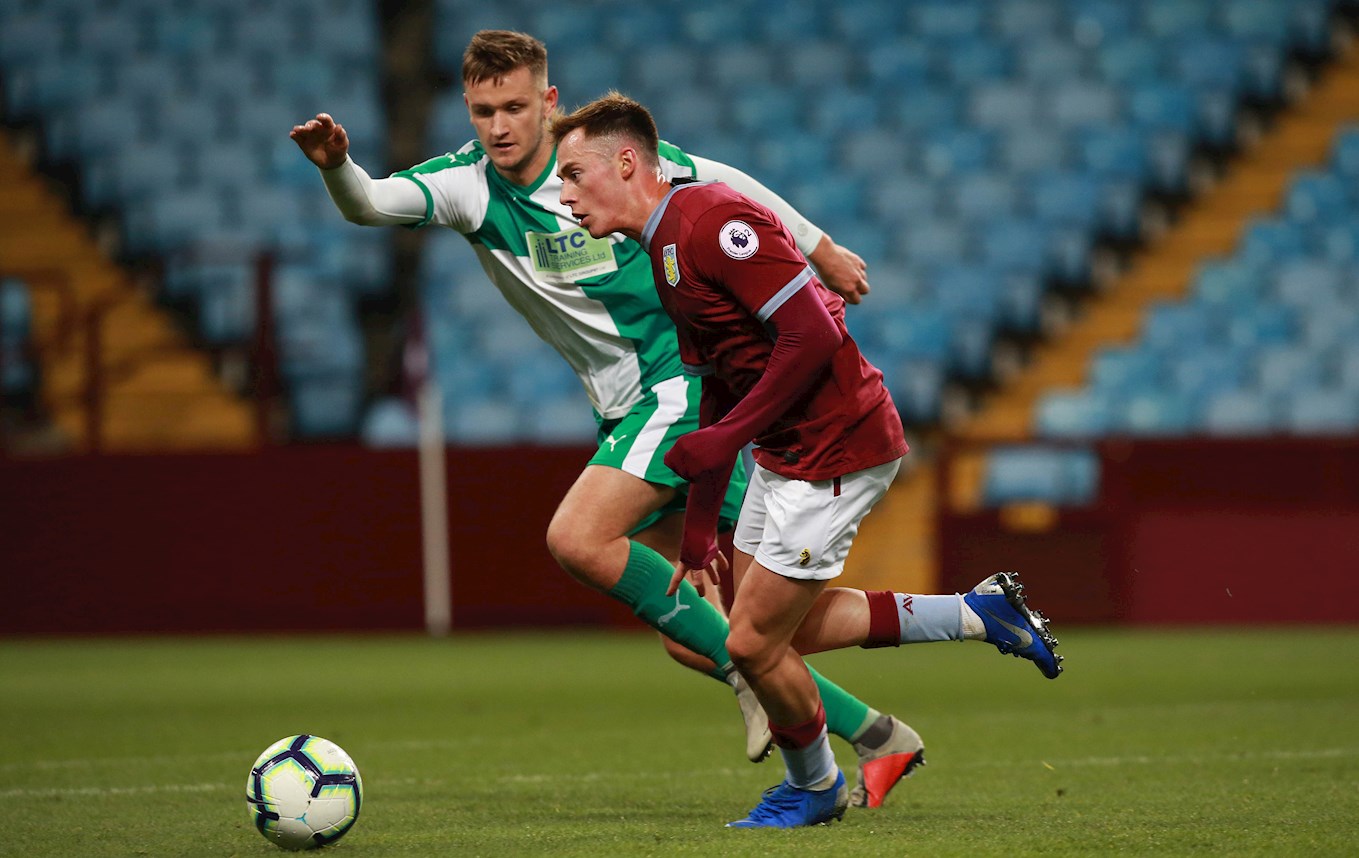 ARGYLE suffered their first defeat of the Premier League Cup campaign but acquitted themselves superbly well at an Aston Villa side that has been banging in the goals in this competition.

Jordan Cox scored the only goal in the second half for Villa, who dominated possession for large periods but found it very difficult to break down a stubborn and organised Argyle unit.

The home side won the PL Cup last year and immediately set about piling on the pressure, with Michael Peck forced into a desperate early clearance for the Pilgrims, who had no time to enjoy the impressive surroundings of Villa Park.

Michael Cooper was racing off his line inside five minutes and did just about enough to force Villa forward Rushian Hepburn-Murphy sufficiently wide for his reverse shot to hit the side-netting.

Alex Battle responded with a lashed strike from distance that was inches off target and the same Pilgrim shot straight at goalkeeper Matija Sarkic when released by an Alex Fletcher pass. Dan Rooney was next to test the home custodian.

At times, the speed of Villa’s movement was mesmerising and a fine save from Cooper was followed by a Jordan Bentley clearance to keep the scores blank. A breathless first period came to a close with Argyle very nearly sneaking an own goal after a dangerous Battle cross.

Harry McKirdy tested Cooper with a decent drive immediately after the restart and then Harvey Knibbs missed a glorious chance with the goal gaping. Battle and Fletcher put together a clever move at the other end and the resultant set-piece fell to Peck, who saw his shot blocked.

The decisive goal arrived on 71 minutes and a deep cross found McKirdy, who instantly steered the ball back into the path of Cox for an easy finish.

Argyle fought back with customary character and Luke Jephcott went close to a leveller, but there was no arguing Villa deserved their victory on an enjoyable evening of football.