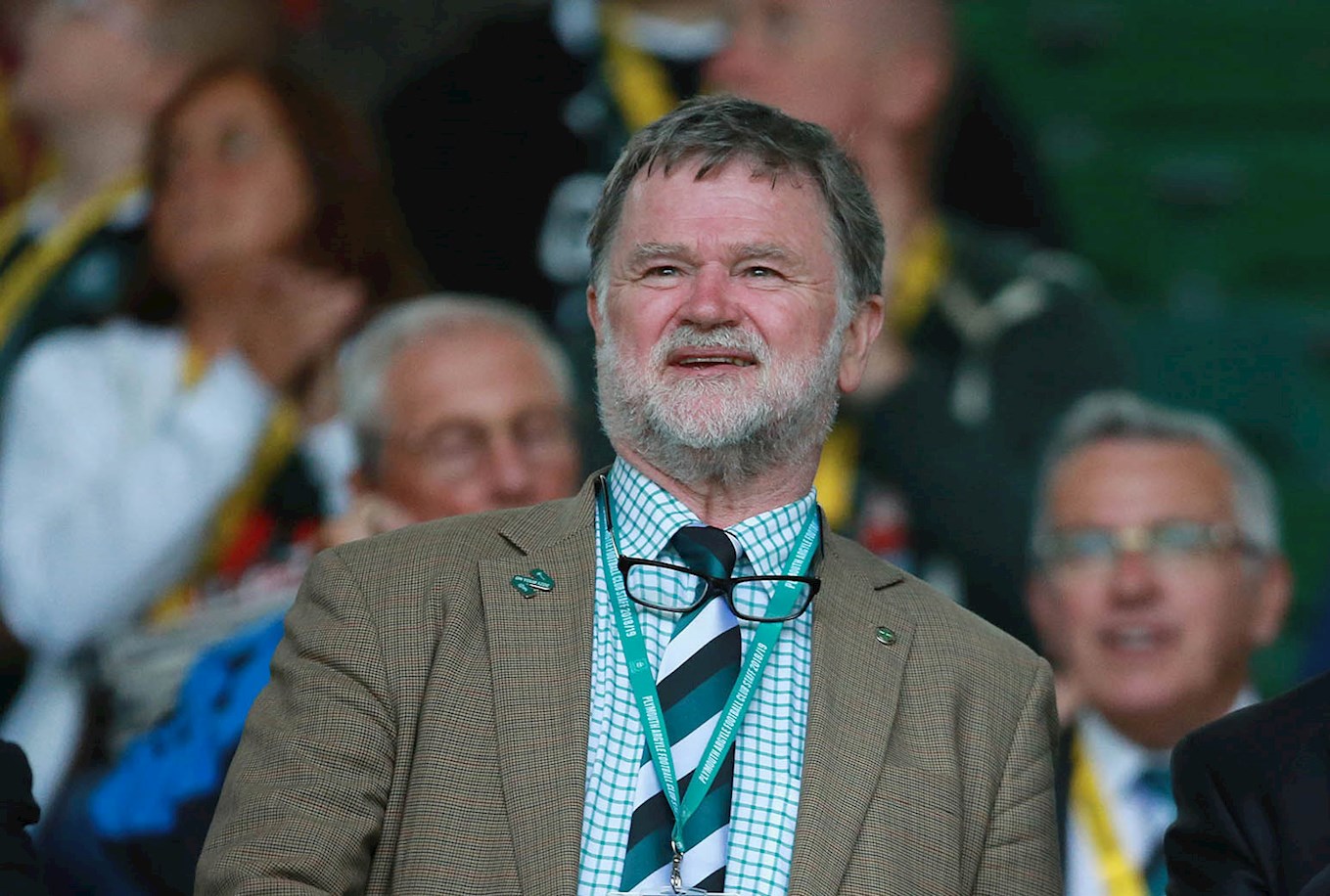 THANK you, everyone, for the messages of support to me in my new role as Chairman of Argyle.

It is clearly a big responsibility, and one that I did not expect to undertake. I do so with mixed feelings – pride, privilege and nervousness about the responsibility. I am grateful, though, that the club is in far better shape than it was when my predecessor, James Brent, stepped into the role.

When James looks back at his tenure, he will see that, under his chairmanship, we achieved financial stability and steady progress up the EFL. I hope to be able to build on those achievements so that, when I hand over the reins, I can look back at further progress in the League, and at building on the Grandstand project to provide an asset that will benefit the club and the community, and be at the heart of Home Park.

The Board wants Home Park to be a place that is at the centre of the club’s activities, providing match-day entertainment of high quality; a conference and banqueting facility that competes with the best in the South West; and an atmosphere that is welcoming to everyone, not just those wonderful, die-hard fans who are at the core of our supporter-base.

If this club is to succeed on the field, we need to succeed off it. That means building on the success of our Community Trust, our Academy, and our Ladies’ team. We will be looking at ways in which the club can support those organisations, and benefit from the good work they do.

My family lives in the United States, and we will continue to do so. My wife Jane and I hope that we will be able to make more visits to Plymouth, not just to see football. That said, I am clearly going to be mostly absent, so we have changed slightly the governance structure of the club to enable me to chair the Board effectively from afar.

We have a strong Board, with individuals who have not only the broad perspective necessary to be an effective part of the club’s governance, but expertise in specific areas.

When we sought new Board members last year, we identified marketing and communications, and human resources as areas where we felt we needed more experience, and we duly appointed Jane Chafer and Jo Cubbon to fill those gaps.

This now becomes more important, as we have asked each Board member to be assigned to a club function, to act as a resource for the members of our senior management team.

This does not mean that Board members will take executive responsibility, but it does mean they will be available to give the benefit of their wisdom to club staff and to support those staff members in their decision-making. Members of the executive team will, of course, continue to report to Michael Dunford, our CEO, who, in turn, answers to the Board for execution of strategic direction.

Jane will take on marketing and communication, working with Jamie Yabsley and Rick Cowdery; Jo will take on Human Resources with Zac Newton; John Morgan will continue representing the club on the Board of the Community Trust, and use his business experience to be a resource for club Financial Controller, Ben Rendle. James Greenacre, who heads our Commercial Operations, and Jon Back, now Project Manager for the Grandstand construction, will be able to seek the wisdom of James Brent and Richard Holliday. Our new Board member, Natasha Brent, will take on our infrastructure projects, while Tony Wrathall will be available to Kevin Hodges at the Academy.

This structure should allow the Board to stay informed, and assured, about what is going on in all areas of the club, while those responsible for all areas of the club’s operations will know to where they can go for help, or advice, without having to come to the Chairman. Responsibility for execution of Board strategy, of course, will lie with Michael Dunford, who will report to me.

I owe thanks to Jo Cubbon, who has taken on the job of chairing Board meetings while I am not there. More accurately, that is when I am only there as a face on a video screen. I also owe thanks to the club’s tech guru, Andrew Bradford, who has already improved the video link to the Boardroom so that I can, at least, be a virtual presence, not just a disembodied voice on a loudspeaker.

We discussed this structure and individual roles at our recent Board meeting, the first since James stepped down as Chairman. First item of business was to pay tribute to James and the successes during his reign as Chairman. We were also pleased to be able to welcome Natasha, his daughter, to the Board.

There have been increasing numbers of complaints about the quality of the sound system at Home Park. We have identified that we have a problem with some of the loudspeakers, but not all and have decided to defer the issue until the new stand is constructed and we know the changes that will result to how sound carries.

We will then spend the money needed to fix the problem. For those of you for whom it is an issue, our apologies, but we do not want to implement an expensive fix now and then have to implement another one in a few months.

Fans should be comforted to know that no such problems exist with the Emergency Evacuation Public Address system, which will override the general system in the event of an emergency in the stadium. We will never compromise on your safety.

More broadly, we are committed to improving the fan experience at Home Park. I hope you can recognise that we are making progress, while recognising that there is always more to be done.

Mark Lovell, who heads the Community Trust, says I can share the news that the EFL has selected Argyle to pilot an exercise to measure the value of a club’s activity in the community through its associated, though independent, Community Trust.

This is great recognition of the continued achievements of Mark and his team. The intention is to develop consistent, simple and effectively-presented information that highlights the benefits of trust initiatives, along with the impact on businesses, and central and local government agendas.

We are very proud of the work our Community Trust does under Mark’s leadership. This recognition is well-deserved.

Jamie Yabsley shared some of the plans for the design work for the new Grandstand and conference and banqueting facilities. They certainly impressed me, and I hope they will be made public in December.

Jon Back gave an update on the Grandstand demolition, and, now, construction project. We are broadly on track and I recommend those who are interested to follow progress on our website and Jon’s posts at www.pafc.co.uk/development/. You can also see hundreds of pictures at Greens on Screen (www.greensonscreen.co.uk/homepark.asp). My thanks to Steve Dean and the team for the great coverage.

We did not discuss at this Board meeting plans to increase the football budget in January, which, naturally, many fans are asking for.

Our policy has been consistent: Derek runs the football side of the club and consults with the Board at the start of the season about a budget. Derek is very conscientious about working within that budget, but is always welcome to come and make proposals about changes. My goal for the first team is to get promoted, just as it is yours.

I have not yet been to a match as Chairman. Unfortunately, I had not planned on taking on the role and had already made commitments, to my work and to my family (baby-sitting grandchildren) that mean the first match that I can come to will be the second-round Emirates FA Cup game against either Oxford United or Forest Green Rovers on December 1, followed by the Bradford City home Sky Bet League One game, and the Rochdale away one.

Argyle Ladies also have a cup game, against Crawley on December 9.

We are planning to have a Fans’ Forum on the evening of Thursday, December 6 in the Green Taverners’ Suite. We intend to open doors at 7pm and have questions from 7.30pm. The bar will be open. Please come along and ask questions.

That is it from me for now. I plan to pen a blog roughly monthly. I know they will not please everyone, and I know there will always be more information that some of you will want, and less information than others desire. There will be some things which, for sensible business and operational reasons, cannot be disclosed.

But, please, send your feedback to chairman@pafc.co.uk.