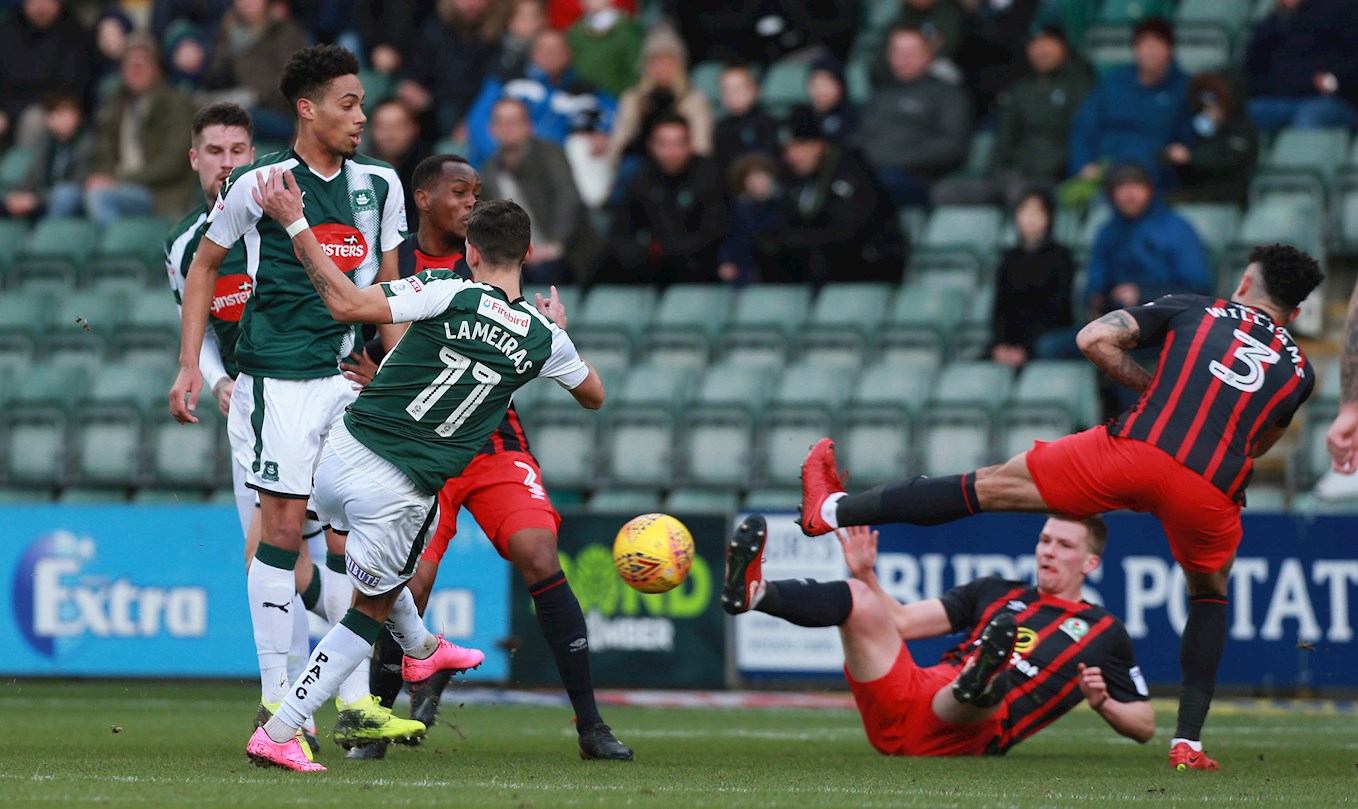 SUNDERLAND arrive at Home Park on Saturday as one of the leading sides in Sky Bet League One but they face an Argyle team with fresh memories of bucking trends.

Blackburn Rovers came to PL2 last season on a run of just one defeat in 23 games but were downed by goals from Ruben Lameiras and Ryan Taylor in a classic Argyle performance.

Sunderland, meanwhile, were in the Premier League just a couple of years ago and are still benefiting from the financial boost given to relegated clubs, but Argyle boss Derek Adams is confident his side can build on the recent wins over Gillingham and Scunthorpe to help them thrive in what is sure to be an electric atmosphere.

“You just have to look at the parachute payments they [Sunderland] had after coming down and they have a number of players still with them who cost a lot of money,” said Derek.

“They’ve got players who have played in the Premier League many times, so it’s going to be a fascinating game. We’re in confident mood after two very good results.

“We would like to think we can put them under pressure but we’ve seen them play, seen their position in the league and that suggests they’re doing very well.

“Blackburn Rovers came here last year, were on a similar run and had come down from the Championship, but we were able to beat them.

“The players will enjoy Saturday, they enjoy the big occasions. We will be very close to capacity on Saturday and the atmosphere will be excellent because Sunderland will travel in their numbers as well.

“The league is very tight and you could see from last week that it’s chopping and changing all the time. There’s not much difference in points between just below the middle of the table and the bottom.

“We played very well on the Tuesday night against Gillingham and to go away from home and win 4-1 at Scunthorpe in convincing style was a very good week for us.

“We also played very well against Barnsley and have played well in a number of games this season where we haven’t had a positive outcome, but to get the goals we’ve scored against Gillingham and Scunthorpe helped us move up the league.”