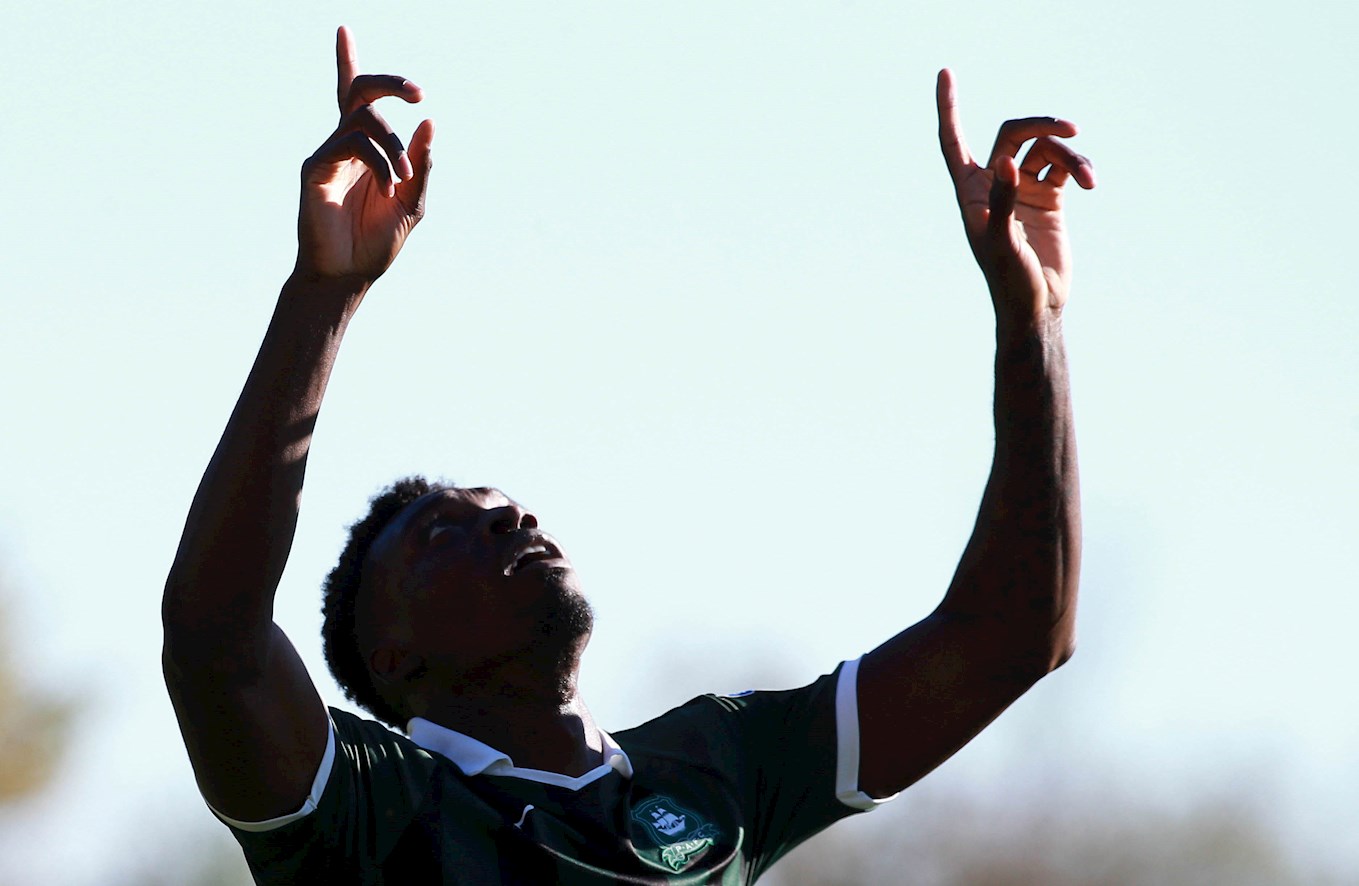 FREDDIE Ladapo has been nominated for Sky Bet League One Player of the Month award for October.

Recognition for the Pilgrims' No.19 comes after he scored six of our 11 goals and set up two more in our six October league games to cap a fine month for the striker.

After a frustrating start to the month at Barnsley, Freddie got his – and Argyle’s – October up and running by heading a Home Park winner in a 1-0 victory over Wimbledon.

He then became the first Pilgrim since David Friio in 2003 to register back-to-back doubles, netting both Argyle goals in a 3-2 home defeat by Burton Albion, and the opening pair in the 3-1 victory over Gillingham at Home Park.

For good measure, he also slipped in Ruben Lameiras for our final goal against the Gills.

He followed that by notching the opener in the subsequent 4-1 away win at Scunthorpe United, where he also had a foot in Antoni Sarcevic’s extra-time clincher.

The pick of Freddie’s six-goal haul was arguably his opener against Burton Albion, a great solo effort ending with a curling finish.

The other contenders for the award are:

Wycombe Wanderers’ Adebayo Akinfenwa, who accumulated three assist and three goals, including a thunderous volley and a classic header for his 200th career strike;

Simon Eastwood, the Oxford United goalkeeper, whose return from a broken finger in August has made all the difference to the Oxford defence. He was beaten only from the penalty spot in four games, which included a home shut-out against the Pilgrims; and

Gillingham forward Tom Eaves, who scored four times in the month. Three of the four goals from a striker known for his aerial power were things of beauty, yet even a poised finish at Doncaster and a rasping shot against Bradford could not compare with his magical ball juggling and volley at Portsmouth.

The winner will be announced on Friday, November 9.