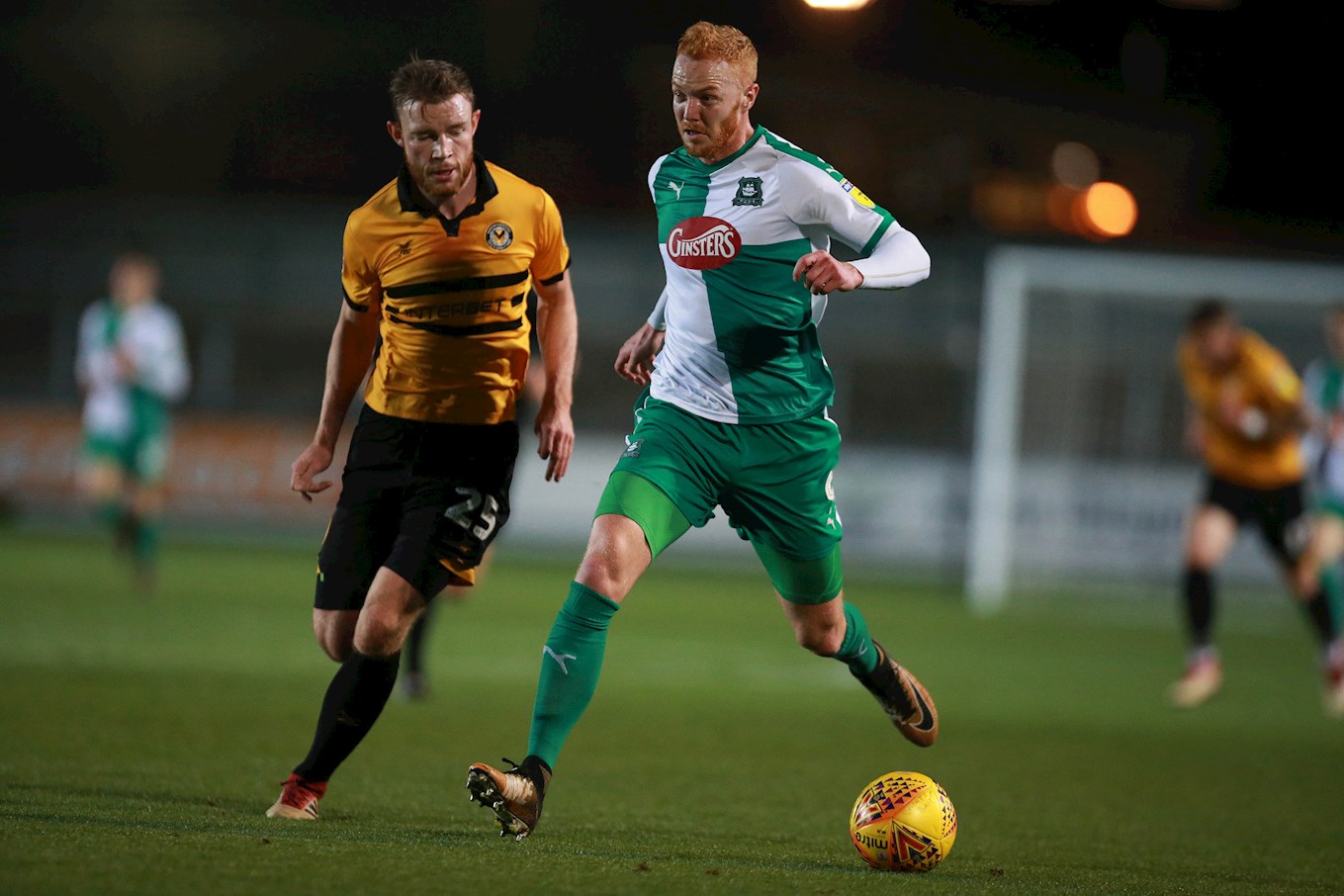 Good Tay Be Back

RETURNING Ryan Taylor is delighted to be back in an Argyle shirt after ankle trouble kept him out for a prolonged period. The striker played 75 minutes in Tuesday’s final Checkatrade Trophy game at Newport County, which the hosts won 2-0.

Despite a disappointing evening, Taylor was understandably beaming to once again be named in the starting 11 for the first time since losing at home to Blackpool on September 15, where he made an appearance from the bench.

Ryan is desperate to have football as his sole focus now after his latest ankle woes and it’s not the first time he has overcome problems of a similar nature.

“I had the broken ankle last season, then I had the operation to have it cleaned out,” he said. “That’s all perfect now, it feels brand new, there’s no complaints from that. My right ankle also feels good after the treatment I have had over the last six weeks. I would like to put that behind me now and get on with my football.”

Argyle fielded a very unfamiliar side packed with youngsters and not one player who started Saturday’s FA Cup win over Stevenage played a part. The inexperience on the bench could by evidenced by the fact that combined shirt numbers rocketed into the 200s.

Even though some harsh lessons were learned, there were proud moments for Michael Peck, Adam Randall, Ryan Law and Tom Purrington, who follows his brother in playing for the Greens as Pilgrim number 1090, something that Taylor believes will stand the boys in good stead for the future.

“It was a great experience for the young lads, I think they all did pretty well,” said Taylor. “They have got to push on from here, take that experience and keep working hard on the training pitch. Hopefully, they’ll get more chances as the season goes on.

“It’s totally different to playing in the Peninsula games or the reserve games, it’s a man’s game out there. It’s a good experience for them and also myself, its nice to get some minutes under my belt. “