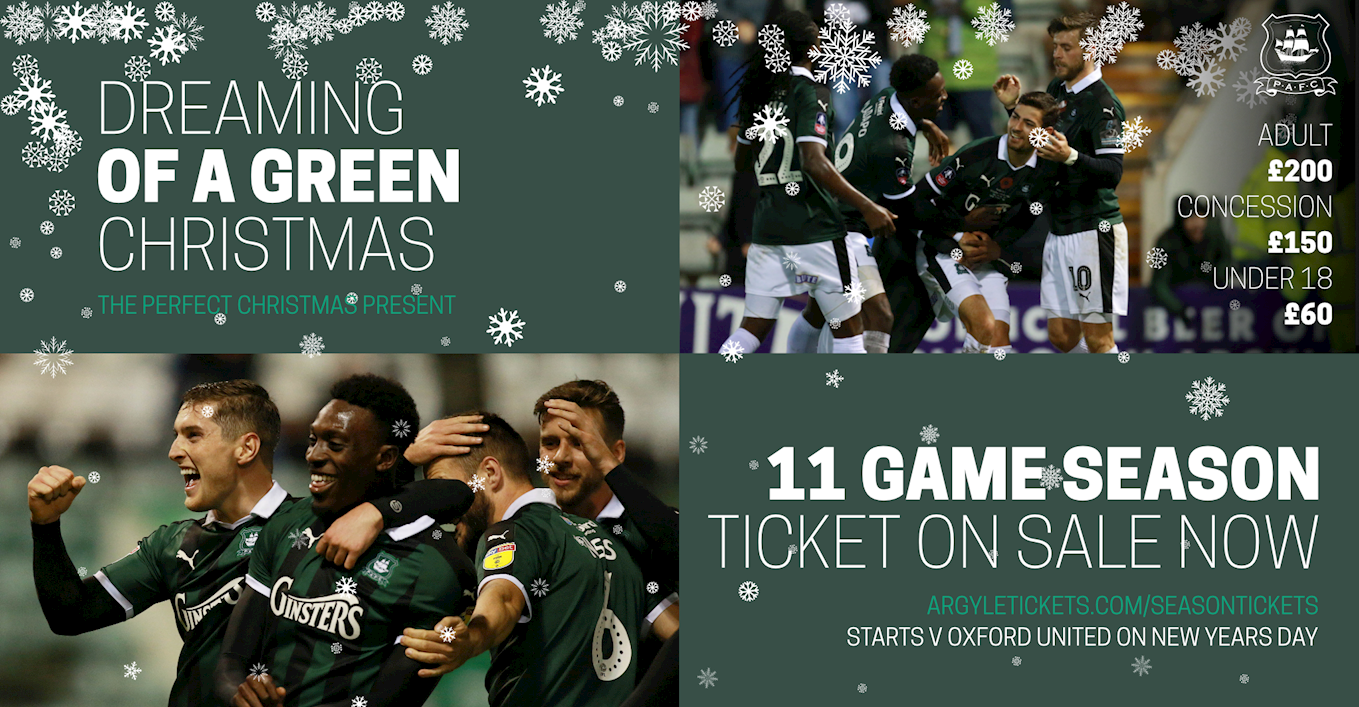 ‘TIS the season to be jolly – and we have got a jolly good offer on Half Season-Tickets for supporters who are dreaming of a White Christmas and a Green New Year.

For just £200, you can buy an adult Half Season-Ticket that gives you admission to all our Sky Bet League One games at Home Park in the second half of the 2018-19 campaign – starting with the big holiday game against Oxford United on New Year’s Day.

That is just the first of 11 critical matches for Derek Adams and his team, who, in the corresponding period last season, won nine home games as they stormed up the league table into the play-off zone.

It works out at just over £18 a game, a saving of around £4 on match-day prices – and there are comparable discounts for concessions.

For instance, an Under-18 Half Season-Ticket costs just £60, making it an ideal Christmas present for the young Pilgrim in your life.

So whether you fancy a nautical visit of Portsmouth or nice Westcountry derby against Bristol Rovers, make sure a Half Season-Ticket for Home Park is on Santa’s list…

Available NOW from the Ticket Office at Home Park on online at argyletickets.com/seasontickets.