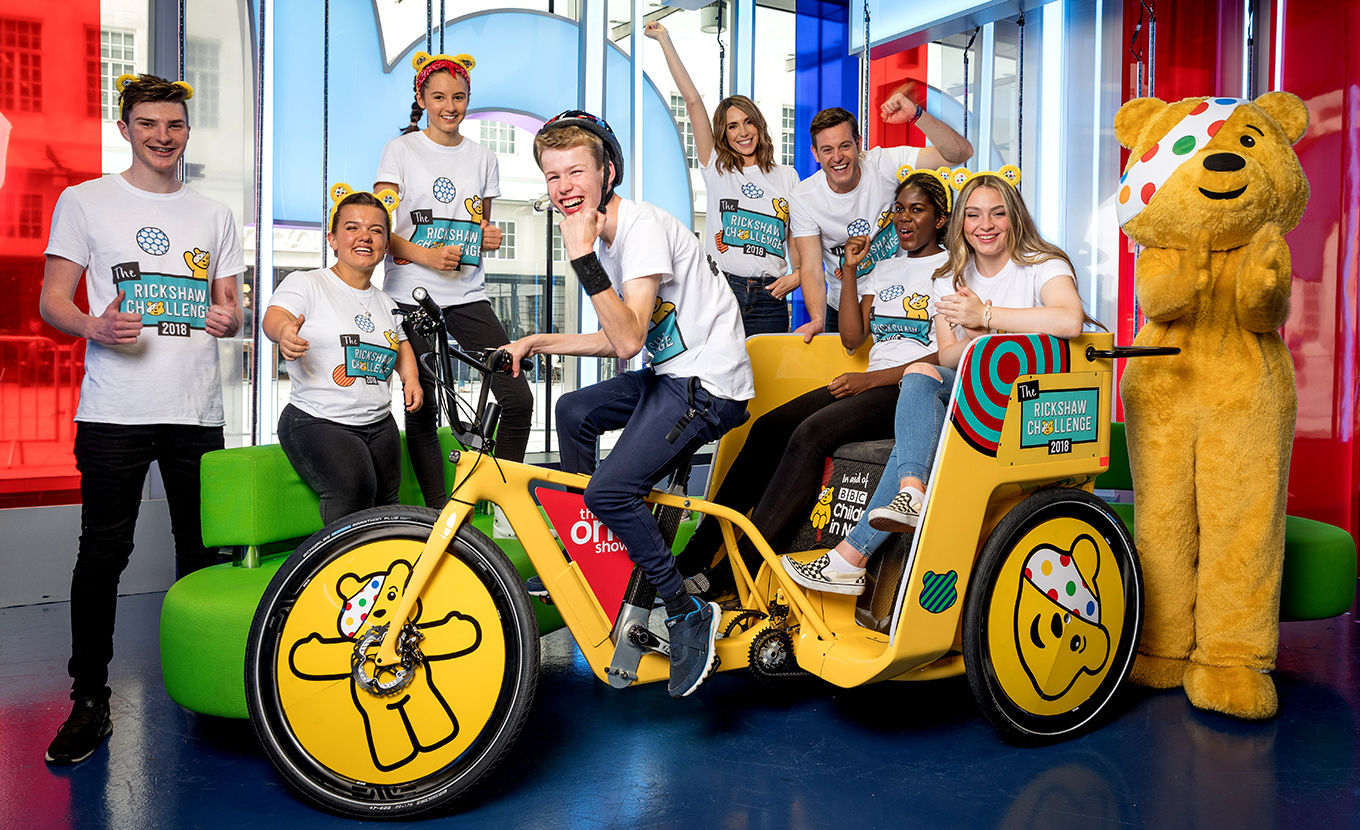 BEFORE shooting to fame as part of the ‘One Show’ Rickshaw Challenge in aid of the BBC’s Children in Need, Harry Parker was already a star of the Plymouth Argyle Disability Football squad.

Harry has represented the Argyle Community Trust Disability teams since the age of nine, competing in the Ability Counts League against clubs from across Devon.

The Ability Counts League offers a number of teams for footballers with PAN disabilities and works with partners to increase mental health football and disability specific teams, such as deaf football.

We are delighted to have Rickshaw Harry as our half-time guest at Home Park for this Saturday’s Sky Bet League One clash with Fleetwood Town.

The Rickshaw Challenge saw BBC presenter Matt Baker join six inspirational young people on an epic bike ride. During the eight-day cycle, the team tackled a 423-mile journey from Calais to Salford. The team of riders, all of whom are supported by Children in Need-funded projects, pushed themselves to the limit, battling steep hills and braving the elements to raise as much money as possible.

Crossing the finish line last Friday, the riders raised an astounding £4.5m. The charity provides grants to projects in the UK which focus on children and young people who are disadvantaged, currently supporting 2,400 initiatives all across the UK.

One project that benefits from their support is Friends and Families of Special Children, which Harry often visits with his family.

Throughout the journey, Harry became a favourite amongst viewers with his positive attitude and winning smile. Harry’s father, Steve, said: “Harry is very determined and wanted to show the world that he can do anything.”

When Harry was one year-old, he was diagnosed with quadriplegic cerebral palsy, and Worster-Drought Syndrome, which affects his facial muscles. Over the years, he has had numerous operations to enable him to use his legs more easily. He also struggles with communication and uses a combination of speech, sign language and tablet voice apps.

Harry’s mother Gill said: “The ethos and approach of the Ability Counts football has been of huge benefit to him and as parents we are really grateful for the support the Trust has given him.”

Harry attended his first Argyle match when he was three and is a long-standing season-ticket holder, remaining loyal throughout. As a fellow left-footed player, Harry has always enjoyed the skills and eye for goal that Graham Carey brings to the game but the first player he ever regarded as his favourite was Lilian Nalis back when he first watched the team.