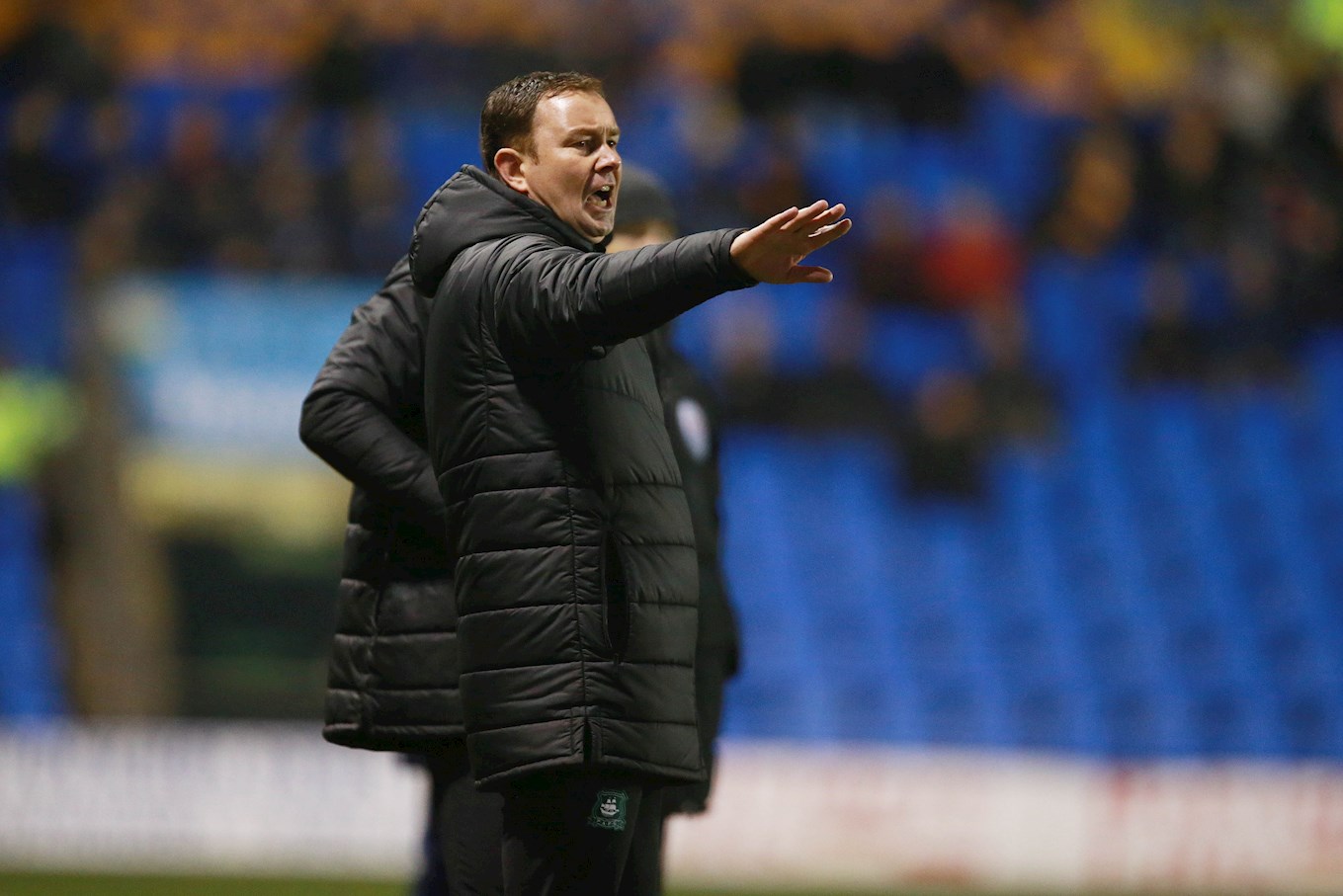 THE question of why Argyle manager Derek Adams fights shy of pairing forwards Freddie Ladapo and Ryan Taylor received a fairly unequivocal answer in the Pilgrims’ 2-0 Sky Bet League One defeat at Shrewsbury Town on Tuesday.

After a first half in which Freddie led the line on his own and Argyle conceded a 35th-minute Greg Docherty goal, Derek brought on Ryan as a half-time substitute and played the two talented strikers together.

The sum of their partnership proved considerably less than the individual parts, and despite having two forwards, Argyle’s display went backwards and Fejiri Okenabirhie added Town’s second in the 68th minute.

“So we had to become more direct – get more crosses in the box and get the ball forward. That’s why we tried that.

“Maybe, in hindsight, we shouldn’t have gone there, but if I hadn’t gone there and played the two up front when you are 1-0 down at half-time, then questions are asked. I’ve tried it for 45 minutes and it hasn’t worked.”

Graham Carey began the game on the substitutes’ bench after missing the previous Saturday’s 2-1 home win over Fleetwood Town through suspension. Like Tayls, he was introduced at the interval, with Ruben Lameiras and Joel Grant making way.

Derek said: “I was tempted to leave it – it was a difficult one but I thought that, if we gave ourselves 45 minutes to get back into the game, it was better than giving us half an hour to get back in the game.

“You have the options on the bench and you hope that they are going to come on and change things, but it didn’t happen.