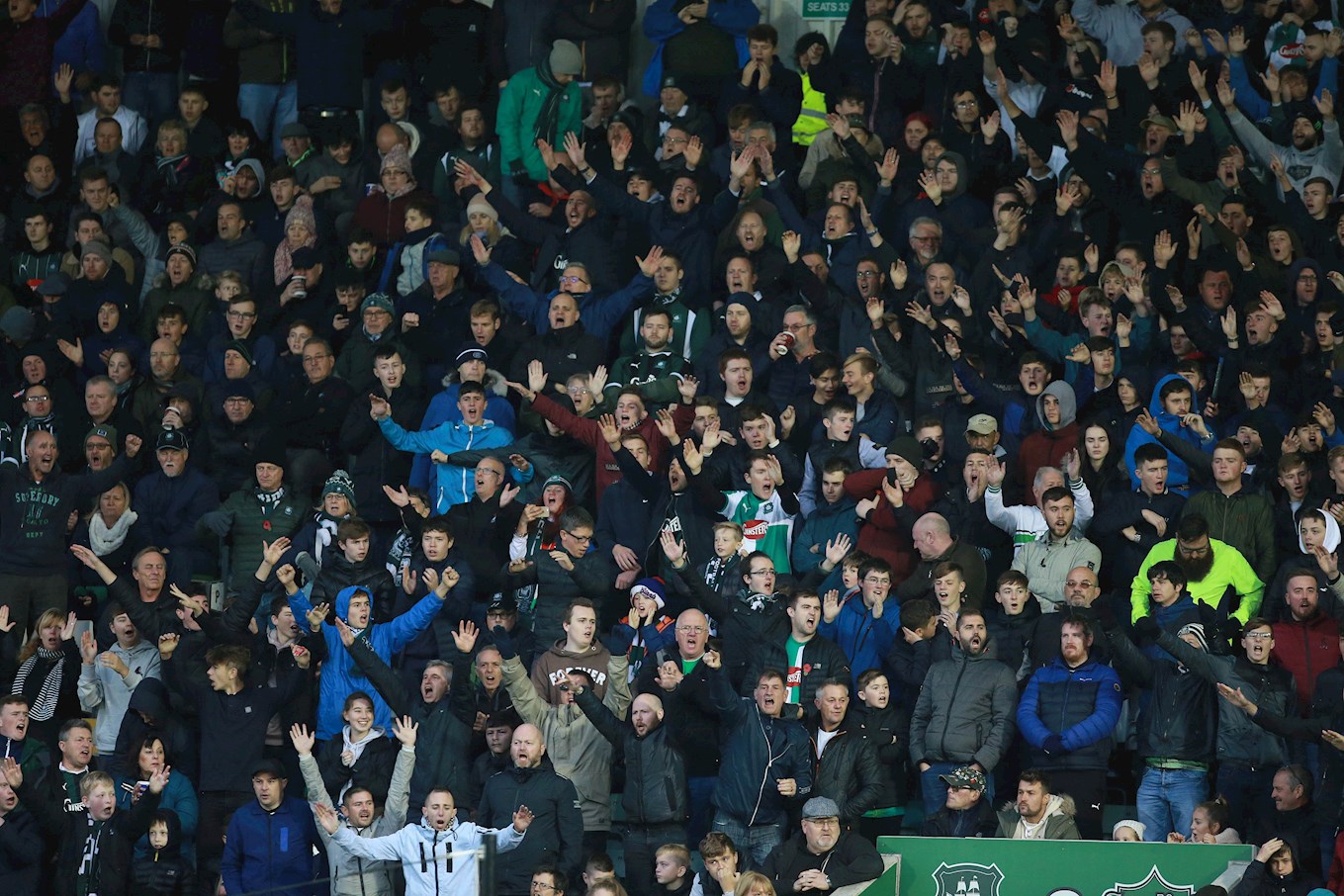 TWO second-half goals from Aiden McGeady gave Sunderland all three points at Home Park on Saturday but there is a feeling among the Argyle squad that a corner has been turned.

After back-to-back wins over Gillingham and Scunthorpe, it was always going to be tough to continue that sequence against a Sunderland side flying high in Sky Bet League One, but the Pilgrims created a number of opportunities before McGeady struck a superb opener.

Graham Carey went close with a delicious free-kick and the positive intent remained throughout, despite McGeady sealing the win for his side from a dubious penalty.

“We played quite well in the first half, limited them to long-range shots that didn’t really trouble us, and had a few opportunities in their box as well," said Carey. "I don’t think there was much between the two sides but we paid for a few mistakes in the second half.

“We caused them a lot of problems and had opportunities to score, but gave away a cheap penalty, which killed the game. We were unlucky not to have a couple of penalties ourselves but it shows how far we’ve come in the last few weeks that we’re very disappointed with the result.

“They’ve got some big players but we dealt with them really well, and frustrated them in the first half. I thought we could go and take the lead, so a lot of positives to build on and another step forward in the way we’ve been playing.

“It’s the way it goes sometimes and I did [think my free-kick had gone in]. When we were 1-0 down, I thought we were the only team likely to score but it wasn’t going our way, and the penalty is pretty cheap from our point of view.

“We’re getting a lot of bodies forward and the pressing was great. We feel a lot more positive going forward and there are not many times when you’ve lost and been applauded off the pitch, but the fans were great.

“The desire, work-rate and game-management was good, but we switched off for one moment and we take next week as it is, which is a cup game we want to win.

“It was always going to take time with a new team but you can see from the calmness on the ball, pressing higher up the pitch that it’s coming together. It’s frustrating we couldn’t get a goal because we felt we could go on and win.

“We’re still disappointed with the result but, as long as we play well, the results will come.”