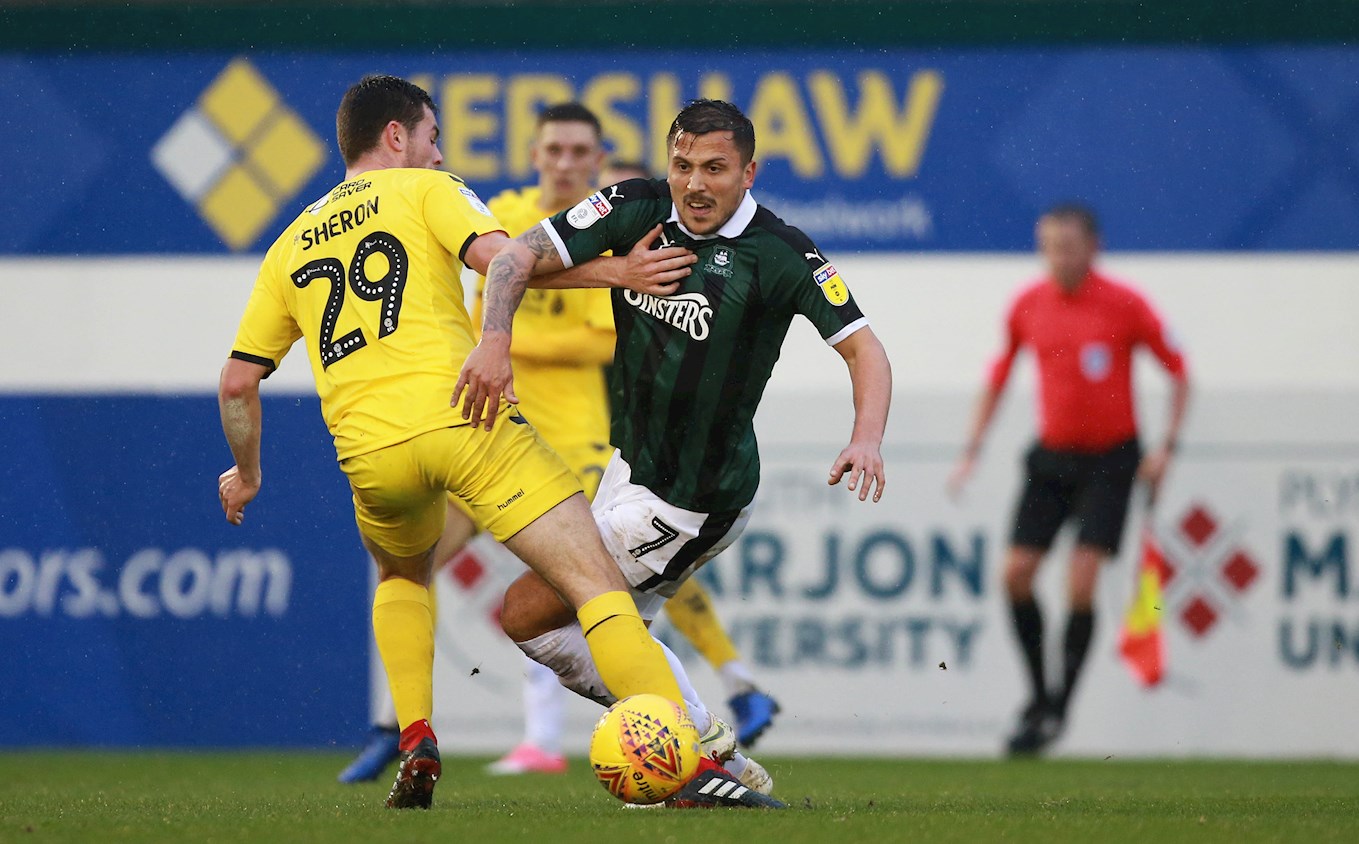 GIVEN Joey Barton’s colourful playing career, it was always going to be interesting to see how a managerial career that few would have seen coming started out.

His Fleetwood Town team arrived at Home Park, the epitome of mid-table mediocrity - 12th in the Sky Bet League One table; 12th best home record; 12th best away record, 10th best offence, 12th in the current form table. Only their defence – sixth best – was not middling.”

Fleetwood had been on a bit of a mixed run in the last few matches, with three losses in the last five, but intriguing to see the transition of Joey Barton from feisty footballer to thoughtful manager.

When he retired as a player last year, it was a bit of a surprise that he was given a manager’s job so soon. During his playing career, he played in three different divisions: from Manchester City in the Premier League, Marseille in Ligue 1 and Rangers in the Scottish Premiership.

Barton was known for his fierce competitive edge, receiving six red and 78 yellow cards in his career and it was always going to be interesting when he started out in management.

Barton was thankful to the brilliance of his goalkeeper in the first half at Home Park, but his sides played with the fluid, adaptable tactics Argyle boss Derek Adams had described in the build up to the game.

Despite much arm-waving and instruction, Barton was powerless to the two goals scored by Freddie Ladapo. His side did respond through Paddy Madden’s late consolation but the manager of the Trawlermen could not find that second goal for a sneaky point.

Great day for the Pilgrims and perhaps one to forget for Barton, or at least one to learn lessons from in his journey into management. Whoever you are, it is always a rollercoaster in professional football.