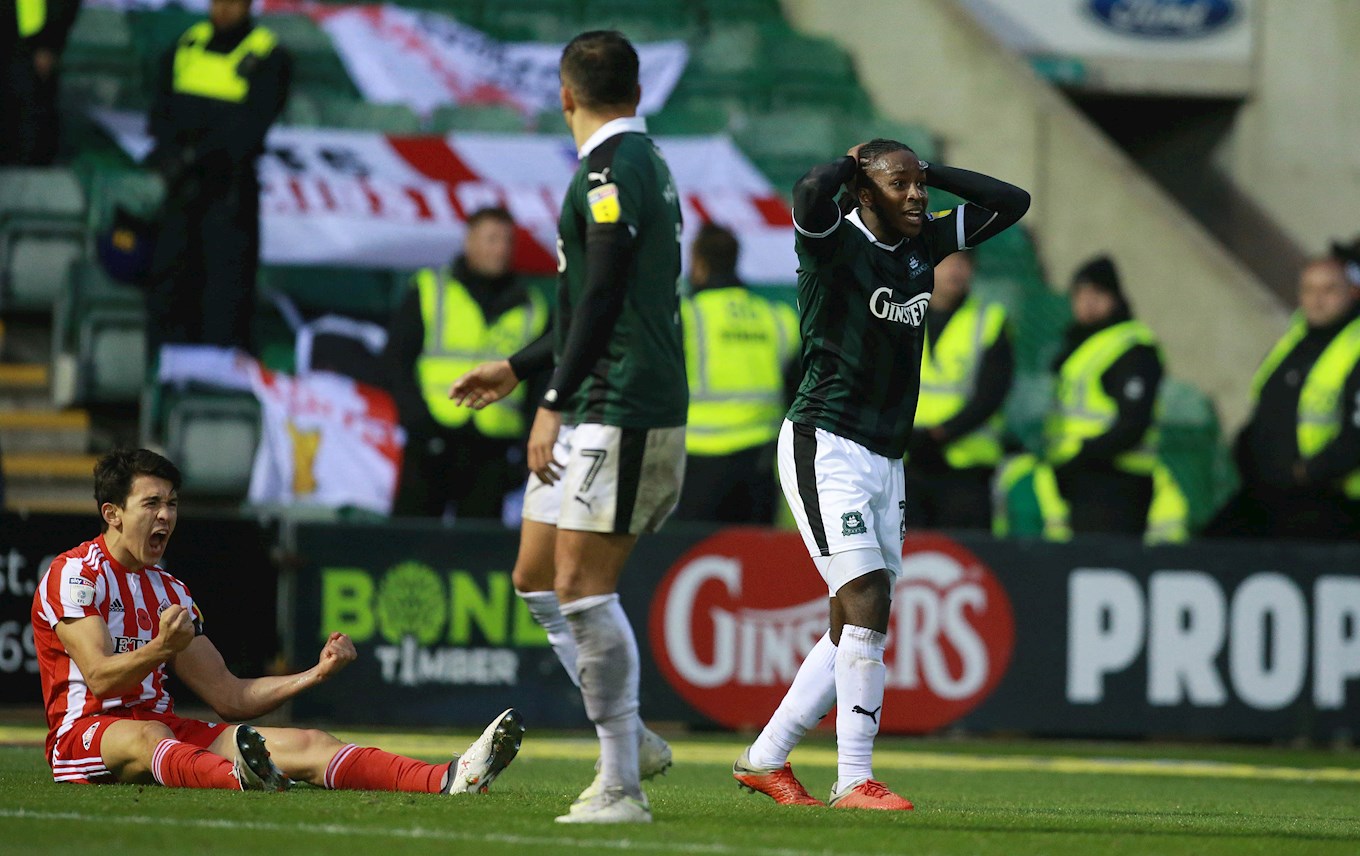 DEREK Adams feels, in light of Sunderland’s stature and financial clout, it was the Pilgrims who made more of the spectacle and were unlucky on various incidents in our 2-0 Sky Bet League One defeat on Saturday.

Argyle’s manager was realistic in his assessment that Sunderland are simply a bigger club and are expected to be promoted straight back to the Championship.

The Greens created a number of chances and played some enterprising football, but were hit by two second-half goals from Aiden McGeady that decided the game.

“I think it was more about us than Sunderland, we caused them more of the problems because of our possession, and the way we passed the ball and kept possession, and created opportunities,” said Derek

“They are obviously the favourites for the league because of the amount of money that they have at their disposal, compared to everybody else in this league. We had the fifth lowest budget in the league last year- that’s public knowledge, and we’ve competed incredibly well this season.

“They got a goal where we didn’t defend well enough, McGeady running across the edge of the box and they got a penalty that was a coming together of two bodies.