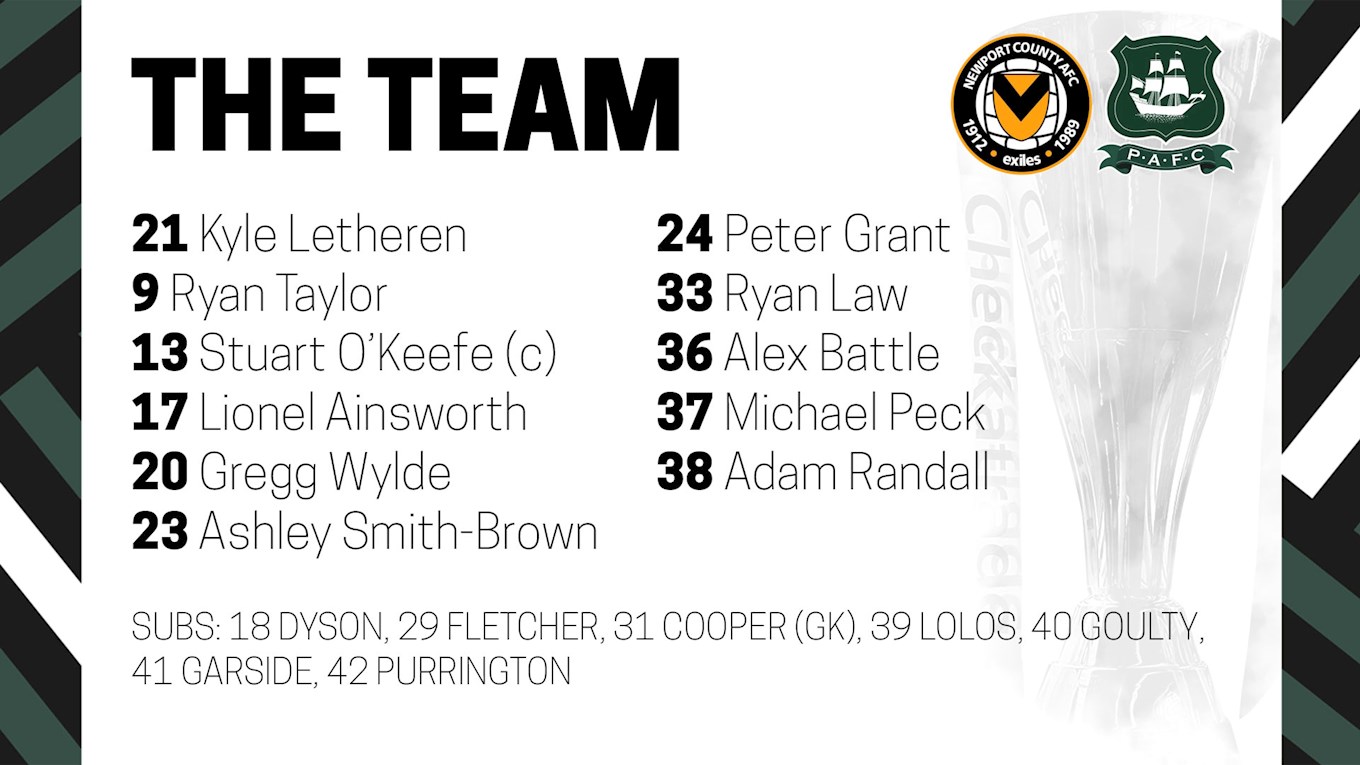 ARGYLE made a wholesale 11 changes for their final Checkatrade Trophy group match at Newport County from the side that had progressed through to the second round of the Emirates FA Cup three days earlier.

There were debuts for second-year apprentices Michael Peck and Adam Randell, as well as first-year professional Ryan Law, while second-year pro Alex Battle made his first start after one previous substitute appearance.

Five of the seven substitutes that did duty in the 1-0 home victory over Stevenage were promoted to the Pilgrims' line-up, including back-from-injury Ryan Taylor who was the only player in the entire squad that wore a number from the traditional 1-11 assigned, in days gone by, to a starting line-up.

It was Taylor’s first start since the opening home game of the season, back in mid-August.

The squad included four other second-year apprentices from the Argyle Academy, as well another first-year professional in goalkeeper Michael Cooper.

The inexperience on the substitutes’ bench could be gauged by the fact that the aggregate of the players’ ages was considerably less than half of their combined shirt numbers.