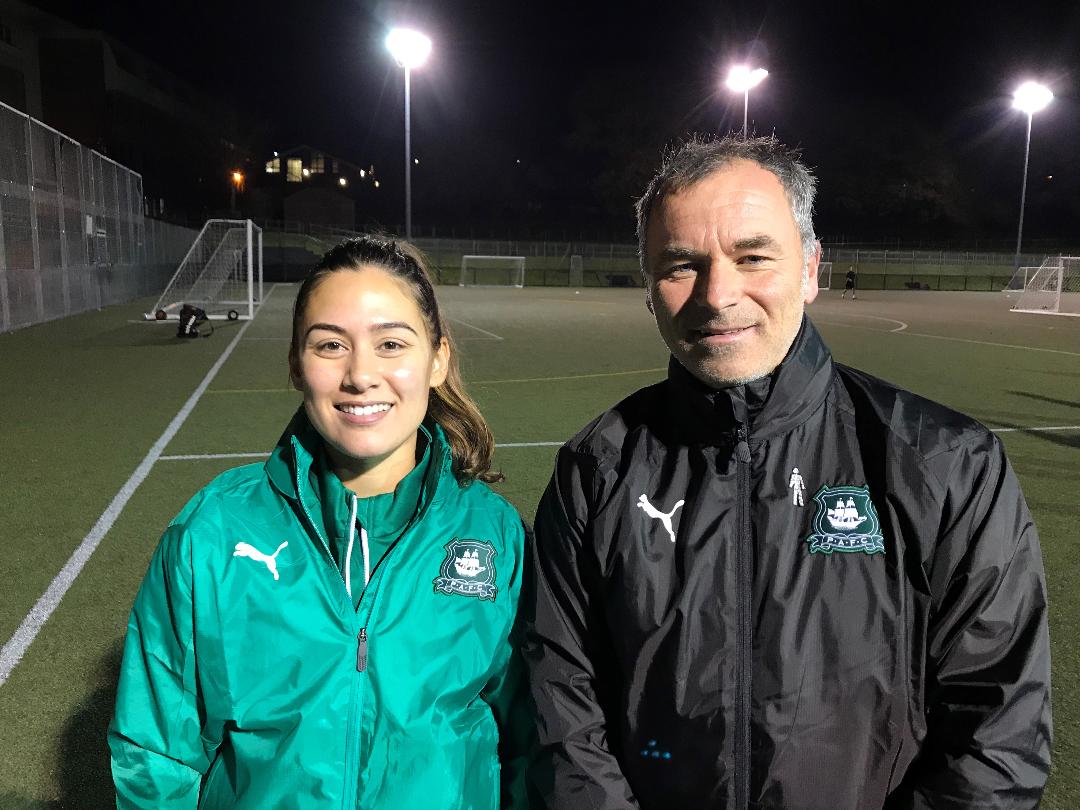 FIVE games over the weekend for Argyle’s various senior squads and a new signing for the Ladies in their defence of the Devon Senior Cup.

After defeating Torquay United in the final last season, Argyle Ladies take on Marine Academy Plymouth at Ivybridge Community College on Sunday, kick-off 2pm, and new recruit Rachel Heron will be in contention for a place in the team.

The 25 year-old American defender has impressed in a recent trial and was offered a pro contract during her time in the States. Heron’s husband comes from Plymouth and we’re all delighted to welcome her to the club.

The Development team welcome back Greece Under-20 international defender Panagiota Papaioannou, who came on as a substitute against Slovakia last weekend, for the trip to Pen Mill Ladies on Sunday in the FA South-West Women’s Football League Western Division.

While the first-team travel to Luton Town in Sky Bet League One, another group of Pilgrims will be journeying in the opposite direction for a meeting with Mousehole in the Walter C Parson Cup, the premier cup competition in the Carlsberg South-West Peninsula League.

The quintet of fixtures is completed by our youth-team heading north to take on Oxford United in the EFL Youth Alliance on Saturday.