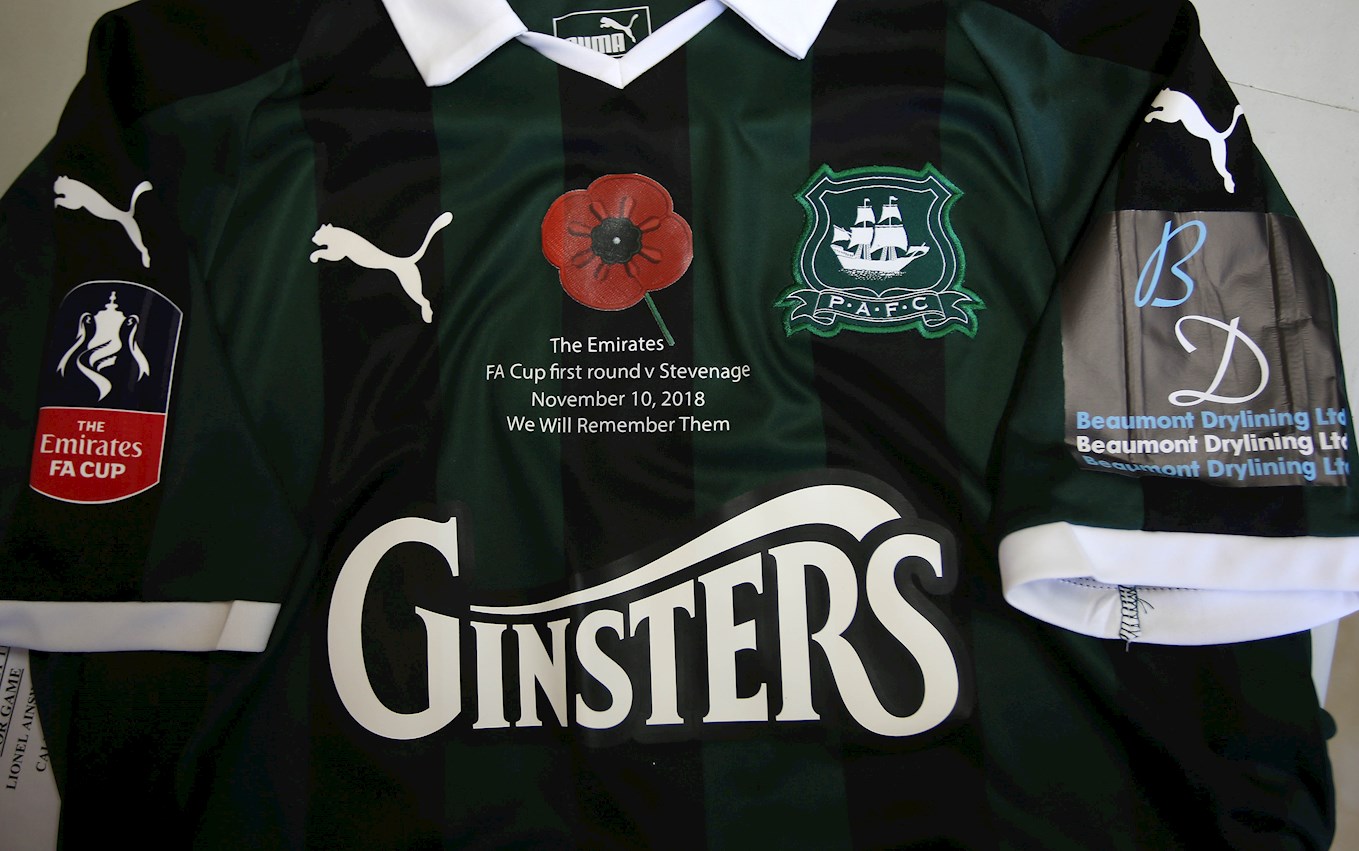 WE are offering you the chance to own a unique piece of Argyle memorabilia – and help out ex-servicemen and women at the same time.

We are auctioning exclusive poppy shirts worn by the Pilgrims in our Emirates FA Cup first-round triumph against Stevenage on the eve of Remembrance Day.

All profits raised from the auction of the specially designed shirts will be donated to the Royal British Legion.

Among the 17 tops up for bids is match-winner Ruben Lameiras’s match-winning No.11 jersey.

The shirts feature details of the game, and the epitaph “We Will Remember Them” alongside a poppy motif, as well as an Emirates FA Cup flash and logo of the club’s first sleeve sponsor, Beaumont Drylining.

Anyone interested in bidding for a shirt should email poppybids@pafc.co.uk – putting ‘Poppy Bid’ in the subject field – and tell us:

The auction closes at 5pm on Friday, December 7. Winning bids will be notified during the week beginning Monday, December 10.

All shirts can be framed for an additional £75(+VAT).