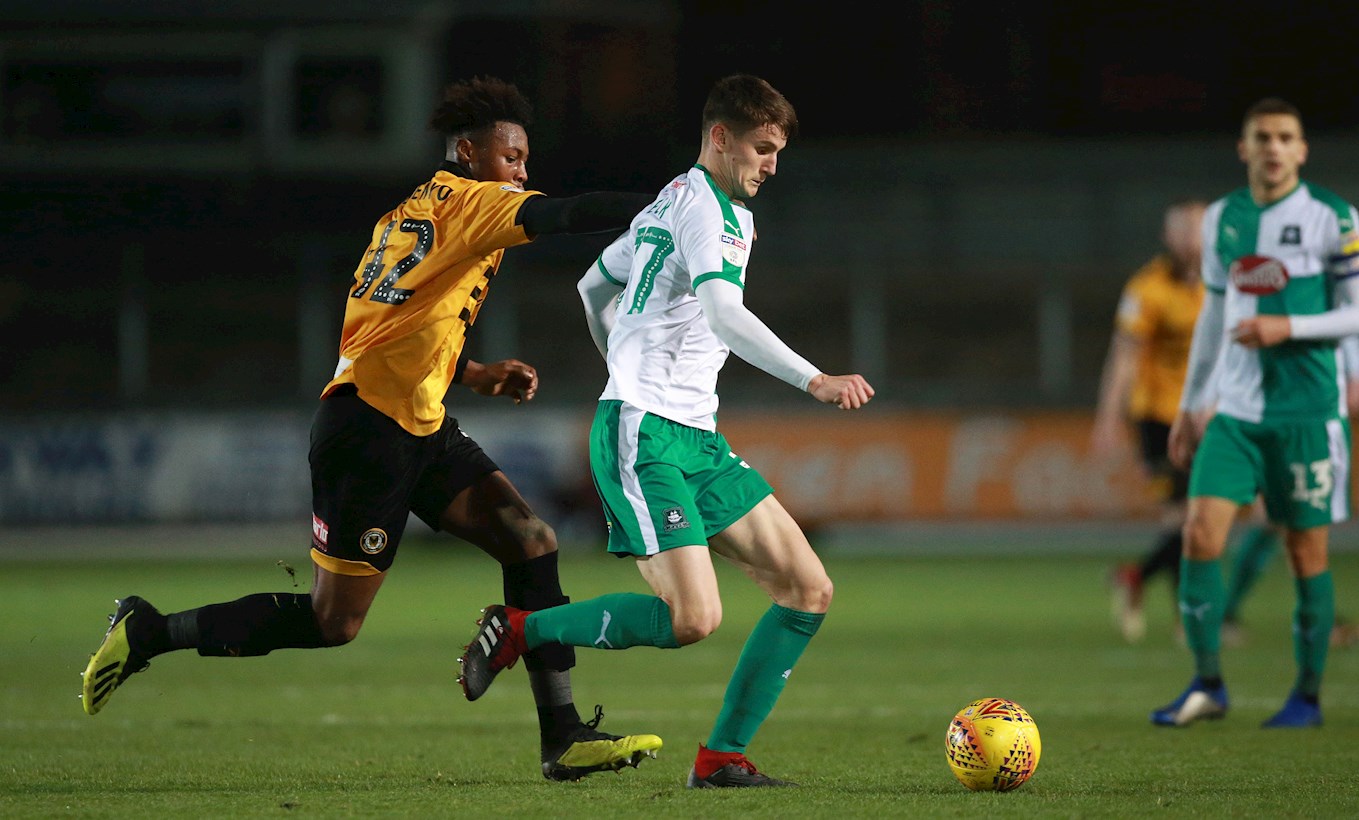 A TEAM packed with debutants learned some important lessons in Argyle’s 2-0 defeat at Newport County in the Checkatrade Trophy on Tuesday night.

The Pilgrims travelled to South Wales with their continuation in the competition already over, while Newport needed a win to progress, and a perfect opportunity to give younger players a taste of life as professional footballers.

The likes of Michael Peck, Adam Randell, Ryan Law and Alex Battle all sampled the challenge of first-team football, ably assisted by a smattering of senior professionals, but first-half goals from Antoine Semneyo and Mark Harris proved enough for a 2-0 Newport win.

“There were boys making their debut and they acquitted themselves really well,” said first-team coach Paul Wotton. “On paper, we played against a stronger team than ourselves because they knew they would go through if they won.

“It’s a learning curve for them [young players] and the senior pros were excellent. Gregg Wylde had two great efforts and we’re really pleased with lots of aspects of the game.

“It gives the youngsters a tiny insight into what it’s like to be a professional footballer. They made some mistakes, senior players make mistakes, but it’s important they learn from aspects of the game.

“To be a professional footballer is very difficult, you have to fight and scrap for it. We’re really pleased with how they dealt with it. The senior pros were great and the way they talked the young lads through the game was a credit to themselves.”