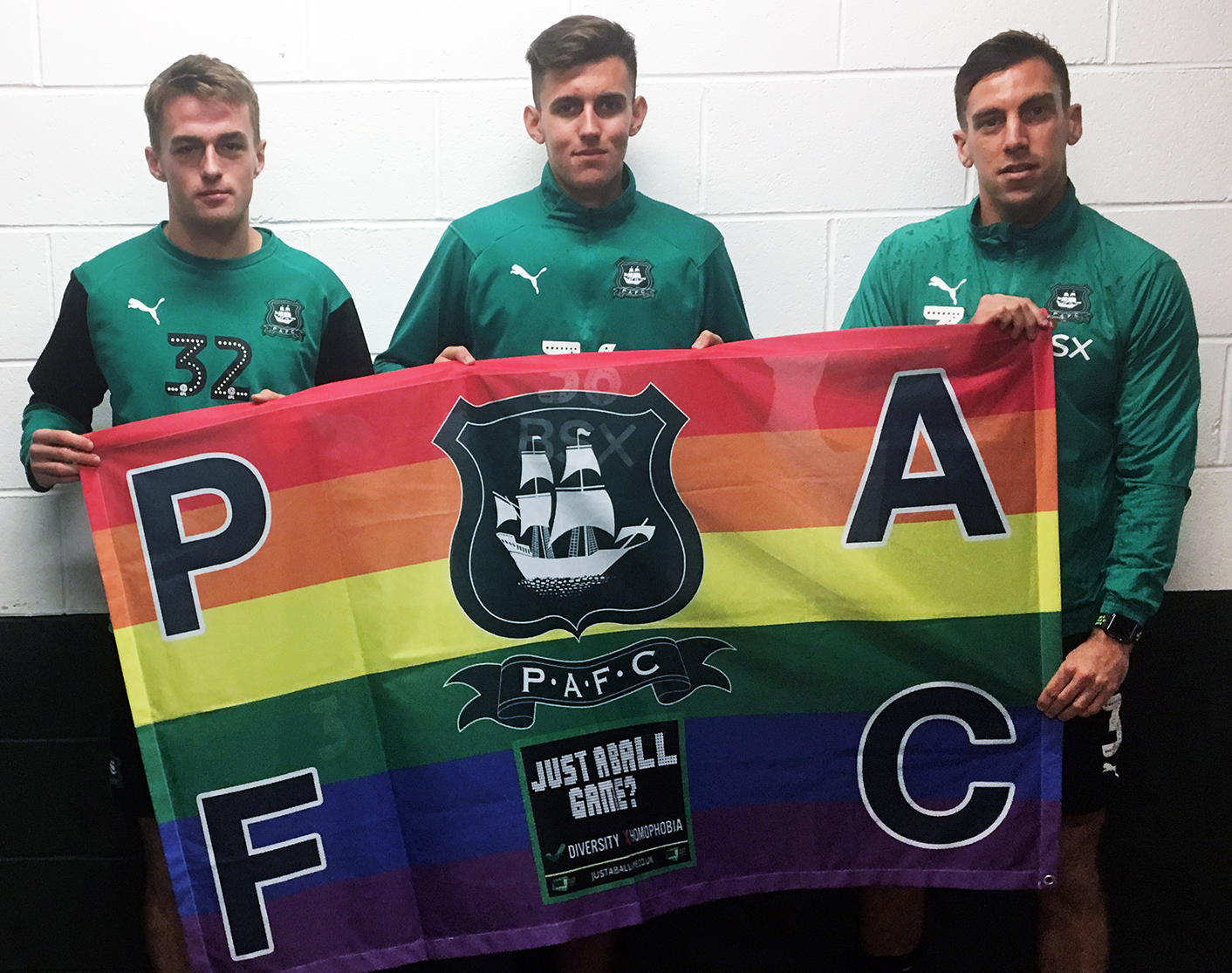 THE Sky Bet League One match against Fleetwood Town on Saturday will be dedicated to Stonewall’s Rainbow Laces campaign, which has a very simple message: ‘It is down to all of us to be an active ally to lesbian, gay, bi and trans people in sport’.

As well as players wearing rainbow laces on their boots to support the campaign, the corner flag, captain’s armband and fourth official’s board will all bear the distinctive rainbow colours.

The Rainbow Laces Campaign is a way for everyone involved in sport to show their support for lesbian, gay, bisexual, and transgender equality and inclusivity. National teams, leading clubs, top athletes, fans and grassroots players are lacing up to Come Out For LGBT people in sport.

In 2017, the campaign had its most successful year yet, but it can be even better in 2018. It is down to all of us to be an active ally to lesbian, gay, bi and trans people in sport.

Sport has the power to bring us together.

Every player, every athlete, every team is stronger when sport welcomes and supports everyone. It is about working together, whether that is playing for fun, playing to win, or cheering on your favourite athletes or team.

It is about being a team-mate and taking responsibility.

It is down to you to show your support for LGBT people.

It is down to you to watch your language, and challenge chants and insults about LGBT people.

And it is down to you to report abuse, whether online, watching live sport or taking part.

When we all play our part, we can make sport everyone’s game.

Read the full article from Chris in tomorrow’s match-day programme, ‘The Pilgrim’.