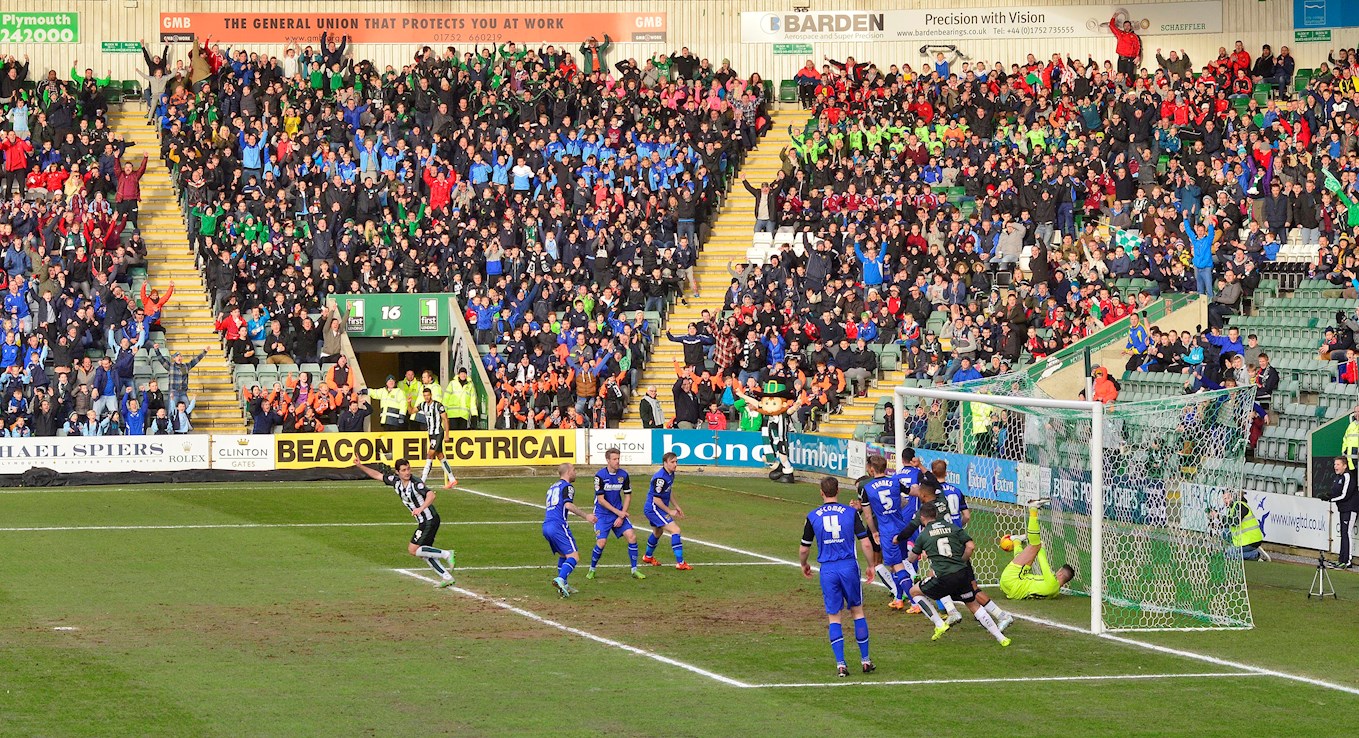 Stats on Stevenage, Argyle and the FA Cup

AS Argyle embark on their latest FA Cup quest, a sense of anticipation looms large over a potential future meeting with a Premier League giant, just like we got at Anfield, and indeed again when Liverpool travelled here for a replay in January last year.

That is simply the romance of the cup but, first, Stevenage from Sky Bet League Two await us in the opening round at Home Park today and ticket-price reductions are in place.

Stevenage manager Dino Maamria was born in Tunisia and played for Boro in 2003 as a forward. He retired in 2012 and ventured into management.

Back in 2008, he became assistant manager at Stevenage after having a short stint as player-manager at Northwich Victoria, who currently play in the North West Countries League.

In March this year, he was given the reigns for real and has acquitted himself well so far. Boro currently sit eighth in League Two and only eight points separate the top eight teams in the division. Stevenage have 28 points after 17 games.

His team are in good form ahead of today’s tie. A 0-0 draw at home to Port Vale was followed by successive wins against Cheltenham and Oldham.

At the moment, Kurtis Guthrie, who can play anywhere a cross a front three, has three League goals, but seven in all competitions.

For the Pilgrims, a mixture of pain and pride could be felt over our furthest ventures in this historic competition.

In 2008, we beat Hull City 3-2 at home to progress past the third round. Nadjim Abdou, Peter Halmosi and Syvan Ebanks Blake were the goal-scorers.

A year later, the Green Army travelled in huge numbers to watch Argyle take on Arsenal at the Emirates. Karl Duguid scored in the end what was a consolation goal, but kept the Gunners on their toes by reducing the deficit to 2-1 in the 53rd minute.

Last year, drawing Liverpool in the third round and holding them to a goalless draw away from home was a terrific result, our best year for progression since reaching the same round nine years ago.

That mix of pride (at getting so far) and pain, over losing at the hands of Premier League opposition, was prolonged over two legs, but Argyle could feel proud that Lucas Leiva’s solitary goal at Home Park proved the only difference.

Stevenage are not averse to a stellar result themselves. In January 2008, Boro strolled past Newcastle United and into the fourth round. A Mike Williamson OG set them on their way, John Bostwick doubled the lead five minutes later. Joey Barton reduced arrears deep into injury time, only for Peter Winn to race away 60 seconds later and seal a 3-1 win.

Get down to Home Park today for the next FA Cup story.