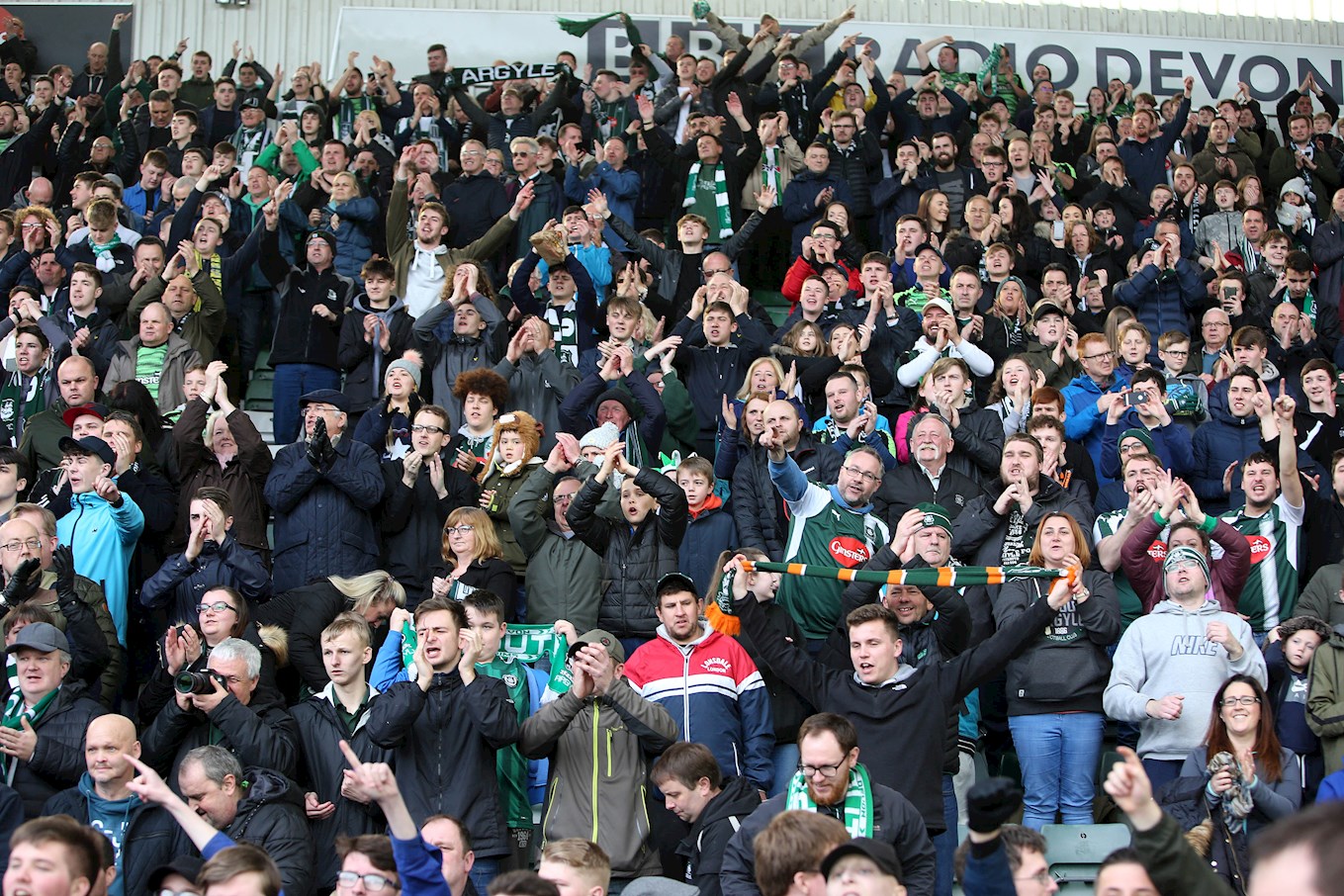 WITH tickets selling fast for Home Park’s big Sky Bet League One game against Sunderland on Saturday, the Green Army is being urged not to leave it to the last minute to buy.

The match against the Black Cats, a Premier League side as recently as two seasons ago, has caught the imagination of supporters, who have been making it the hottest ticket in town.

Sunderland sold their away allocation within a few hours of tickets going on sale while, in the home areas, we are down to the last few hundred seats, with several blocks completely sold out.

Remaining seats include some in the Family Stand and the message from the club to supporters who want to attend the match is to buy their ticket by Friday to avoid the possible disappointment of being told the match is sold out when they arrive at Home Park on Saturday.

Tickets are available from the Ticket Office at Home Park; by ’phone on 01752 907700; or online at argyletickets.com.