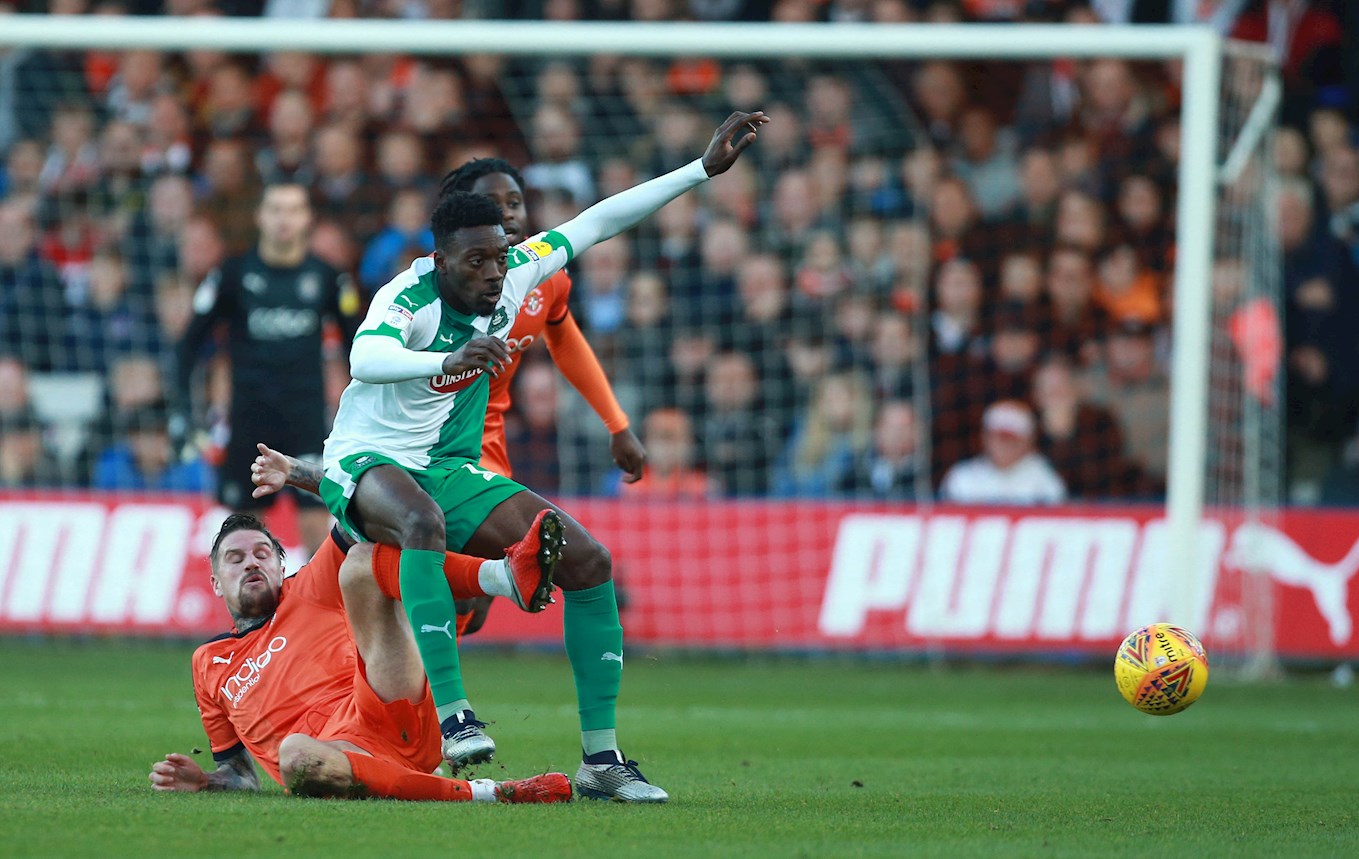 THERE were precious few positives for Argyle to take away from Kenilworth Road after their 5-1 defeat by Luton Town.

However, the sight of Ryan Taylor back in the Pilgrims’ vanguard was a welcome one, as was his finding of scoring positions that a fitter, sharper version of himself might well have converted.

Ryan came on from the substitutes’ bench after half an hour, when Argyle were already 3-0 down. He initially played alongside Freddie Ladapo until October’s Sky Bet League One Player of the Month was substituted by Stuart O’Keefe at half-time.

Argyle manager Derek Adams said: “Taylor came back into the team and did well; O’Keefe came on to the pitch and I thought those two helped us in the second half because of their experience. They were the two pluses for me.”

Asked why Freddie was replaced at the break, Derek said: “He wasn’t good enough today, as simple as that. That’s why he was taken off. That’s why you make substitutions.

“He has done well but you have to take the criticisms and the positives as they come along.”

Another player to earn the manager’s displeasure was midfielder Graham Carey, who capped a disappointing performance by being yellow-carded for dissent, a fifth caution of the season which will see him banned for Saturday’s home match against Fleetwood Town.

“Graham was stupid,” said Derek. “He’s put himself out for next week’s game and if somebody else comes and does well, he’s going to miss out."