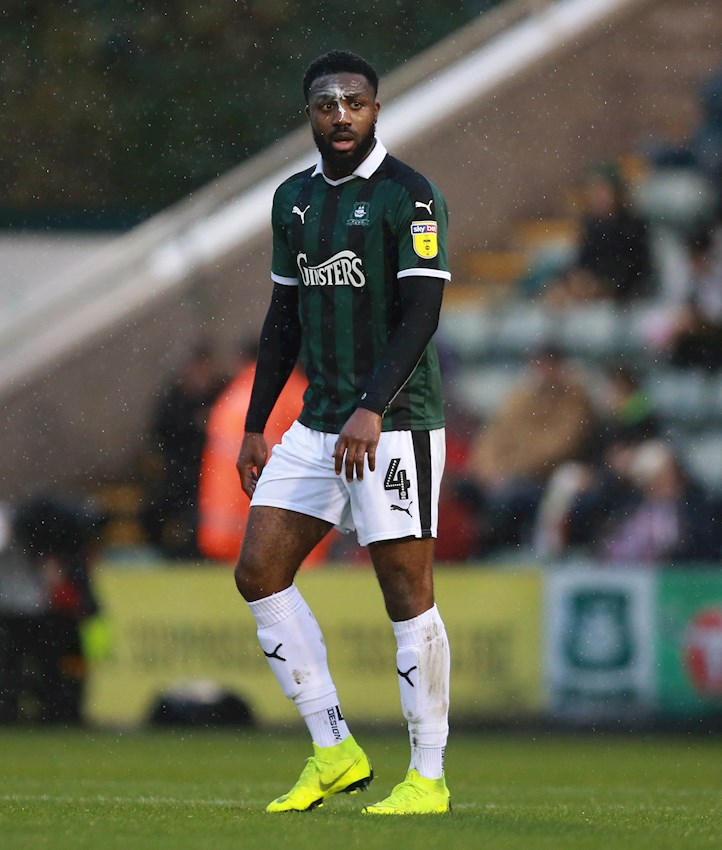 Yann is a Winner

THE sight of Yann Songo’o struggling through periods of Argyle’s 2-0 defeat in Sky Bet League One at Shrewsbury Town in midweek naturally raised concerns over his availability for the FA Cup this weekend.

Yann has been one of Argyle’s top performers this season and a solid component in whatever role he is asked to perform, so there was some relief when assistant manager Paul Wotton gave the relative thumbs-up on his fitness.

The Pilgrims welcome Oxford United in the FA Cup on Saturday and a chance for both teams to book a place in the lucrative third round draw but, while Yann is a hopeful, Wottsy did not think any of the other injured players (Ryan Edwards, Scott Wootton, Conor Grant, Gary Sawyer) would recover in time to be involved.

"I think Yann will be ok," said Wottsy. "Yann Songo’o is a winner, simple as that, and wherever we ask him to play, he goes out and does his best on the pitch.

"I would say he has been one of our more consistent performers. He’s been with us for a couple of seasons now and has never let us down.

"I don’t envisage it [the squad] being massively different [to the Shrewsbury game]. Every day, they [injured players] are getting better. I don’t know the exact timescales but they’re working hard, and the sooner they are back, the better."