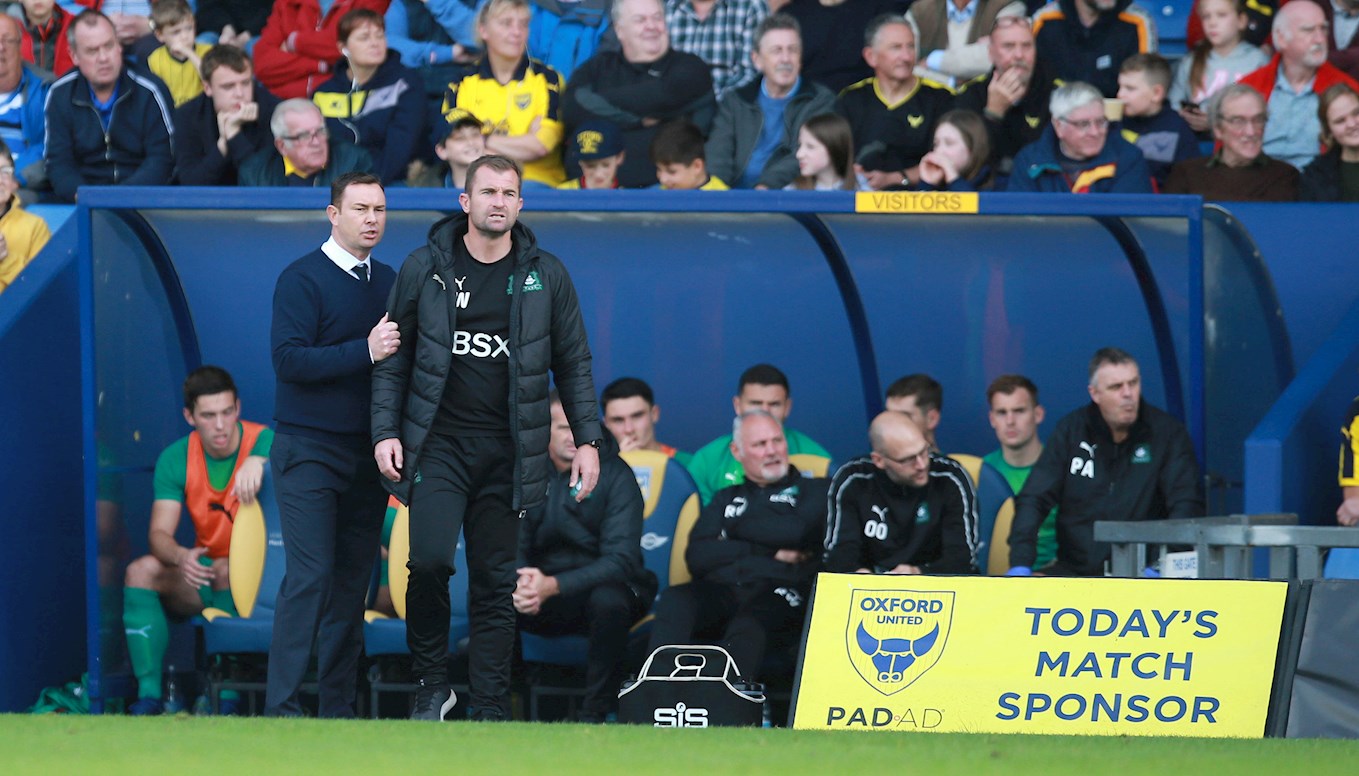 ARGYLE’S mini Sky Bet League One revival came to an end at Oxford United, where goals from former Pilgrims Jamie Mackie, early in the game, and Curtis Nelson, in the second half, inflicted a 2-0 defeat.

The win saw Oxford and Argyle reverse positions at the bottom of the Sky Bet League One table after the Pilgrims’ previous home win over AFC Wimbledon, following on from a 1-1 midweek draw at Barnsley, had seen them leapfrog United.

Manager Derek Adams said: “We had a very good performance against Barnsley; a good performance at home to AFC Wimbledon; and now we’ve lost the next game against a team that’s around about us. That’s something we didn’t want to happen.

“To lose a goal after three minutes is very frustrating. We wouldn’t want to start that way. We didn’t block the shot on the edge of the box and they got the perfect start for them.

“After that, we have a couple of opportunities to try and get ourselves back in the game. We don’t take them, and as the game went on, Oxford were able to get the second goal.

“In the second half, we didn’t look like the threat that were in the first half. Oxford grew into the game, they gained in confidence from that, and deserved to win.

“We didn’t do well enough.”