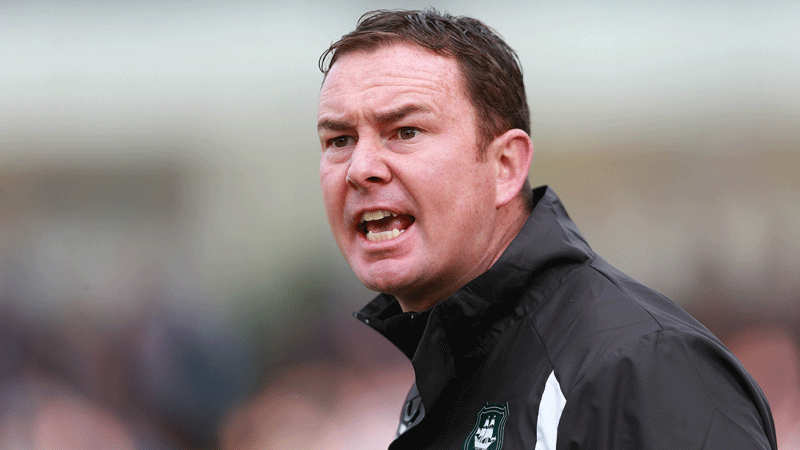 ARGYLE boss Derek Adams believes this current situation is not the most difficult he has ever faced in his managerial career, but the pressure is always on in professional football.

After building some momentum in Sky Bet League One with a draw at Barnsley and beating Wimbledon, the Pilgrims have suffered back-to-back defeats to Oxford and Burton, but there is positive recent history to reflect on as we welcome Gillingham to Home Park tonight.

The game that turned Argyle fortunes in the league last year was when Gillingham came to Home Park in December, with Toumani Diagouraga sending the Green Army home happy with a priceless last-minute winner

“I would hope that we continue to follow the same pattern as we did last year but we have a long way to go, we have got to definitely pick up a lot more wins to get ourselves out of the situation we’re in,” said Derek.

“We would hope to try and push up the league, finish as high as we possibly can. As you see though, we are only 14 games into the season, there is a long way to go.”

The Scot, 43, insists that pressure is a constant in the football environment, and he is used to it now. He was under pressure when tasked with guiding Ross County back to the top flight in Scotland, but he did that with games to spare, not once but twice. There was also the considerable pressure of taking Argyle up to League One.

“There is always pressure, every day you come in there is pressure, but that’s been the same since I came here on day one,” he said. “We have done exceptionally well to finish in the positions we have finished over the last three years.

“No, [this is not my toughest spell]. The toughest spell was trying to get the football club out of League Two into League One, that was a tough ask because we were competing against a lot of teams with bigger financial clout than us, and we still are.

“Trying to get out of League Two was one of my toughest, but, in saying that, at Ross County we did it there as well. It is always difficult to get yourself out of a division, we’ll keep on working away. We have got to finish in a good position this year to be successful.“