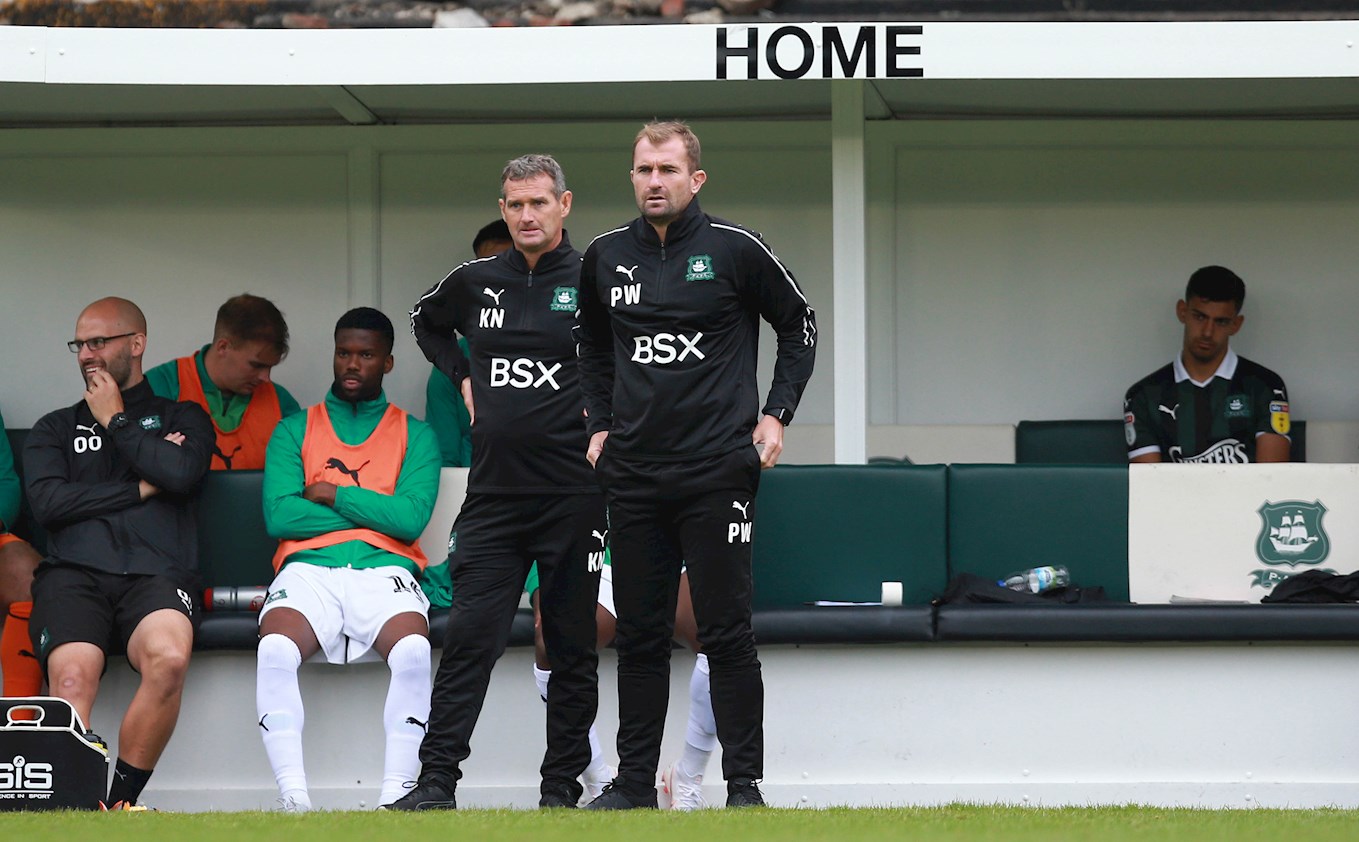 ARGYLE host Swindon Town on Tuesday evening in their first game of this season’s Checkatrade Trophy with Derek Adams already having promised to change a winning side.

The Pilgrims manager made that promise in the wake of Saturday’s opening victory of the 2018-19 Sky Bet League One campaign against AFC Wimbledon at Home Park.

Assistant-manager Paul Wotton re-iterated that thinking ahead of the Pilgrims' belated bow in the second of the three cup competition in which Argyle compete – the game is Swindon’s final match in the four-team Southern Group C, with the Robins, fellow League Two side Newport County, and Chelsea Under-21s and Newport County all having secured three points from two games and with only Argyle left to play.

“There will be some changes – I wouldn’t envisage there being lots, but there will be a few,” said Wottsy, who rejected any notion that the cup competition was an unwanted interruption to the Pilgrims’ league campaign.

“It’s a chance for players who haven’t played. There are places up for grabs every single week. It’s definitely not an inconvenience – players would rather play, than train, anyway.

“We would have liked to have played a few games in the Checkatrade already, but it’s a chance to come in and play and impress.”

Our group opener against the Robins may mean a homecoming for former Pilgrims Toumani Diagouraga and Luke McCormick.

Luke was actually in goal the last time Swindon played at Home Park, almost exactly four years ago – October 7, 2014 – when, coincidentally, the two teams met in the same competition and the three points stayed in Devon following a 3-2 win.

Argyle were three up and cruising at halfway after Deane Smalley netted in between a double from Lewis Alessandra.

Swindon’s fightback started 20 minutes from time, courtesy of the penalty spot, Michael Smith the scorer. Ben Gladwin rattled some nerves with three minutes to go by further reducing the deficit.

Under 18s will be charged just £1 for admission to Tuesday’s game, which kicks off at 7.30pm.

The Lyndhurst Road side of Home Park will be open for the match with unreserved seating in Blocks 9-13 inclusive.

Match day pricing reflects a £2 match-day increase per ticket , with the exception of the under 18 price, which remains at £1.

Season-Ticket holders and 1886 members will need to show their Membership card to receive the discount on tickets at the turnstile.

There will be two cash turnstiles open on the Lyndhurst Road side, as well as the one at the Barn Park end for visiting supporters.

The Argyle Ticket Office will remain open throughout the day for sales and collections of pre-booked tickets.