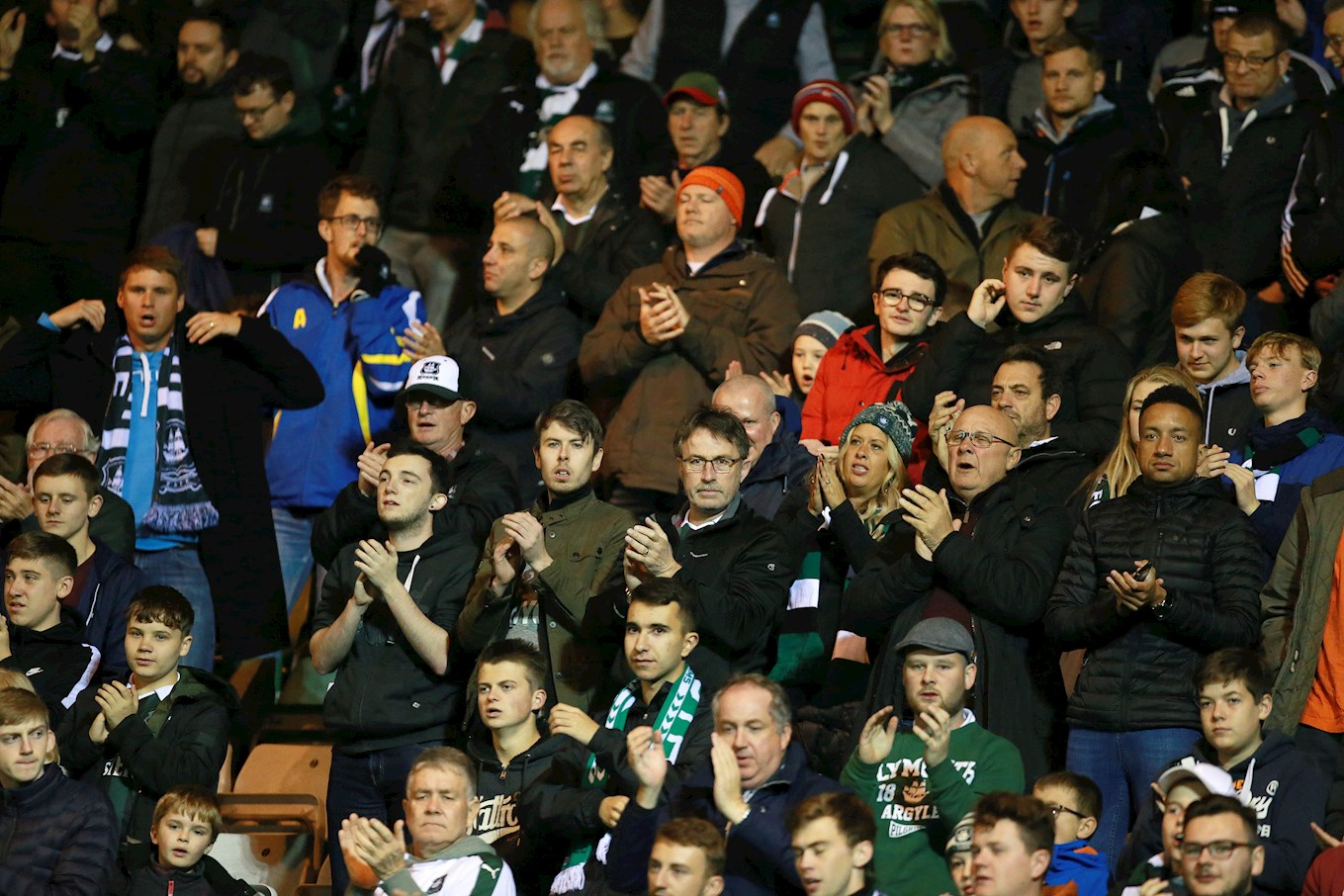 ARGYLE manager Derek Adams was full of praise for his team after their exploits on Tuesday night, but also gave a special mention to the Green Army for their contribution to a crucial victory.

Freddie Ladapo scored twice and a third from Ruben Lamieras was enough to defeat Gillingham in the midweek clash in Sky Bet League One, perfectly setting up the anticipation for Saturday’s trip to Scunthorpe.

The Green Army, like their team, were magnificent on Tuesday and Derek was delighted with their backing on a terrific night.

“It has got to be our best performance of the season,” he said. “There was very good vocal backing for the team.

“As I’ve said before, the majority of the supporters have been excellent this season; they have been for a number of years and will continue to be. They were very vocal in their backing of the team and that’s what we need at this moment in time.”

“It’s always nice to be at home, we had a very good crowd, eight and a half thousand in. We had a lot of kids in, it was good for them to come to see the players, and see a victory.”

On a more concerning note, however, Graham Carey and David Fox were both substituted in the second half and will continue to be monitored ahead of the Scunthorpe game.