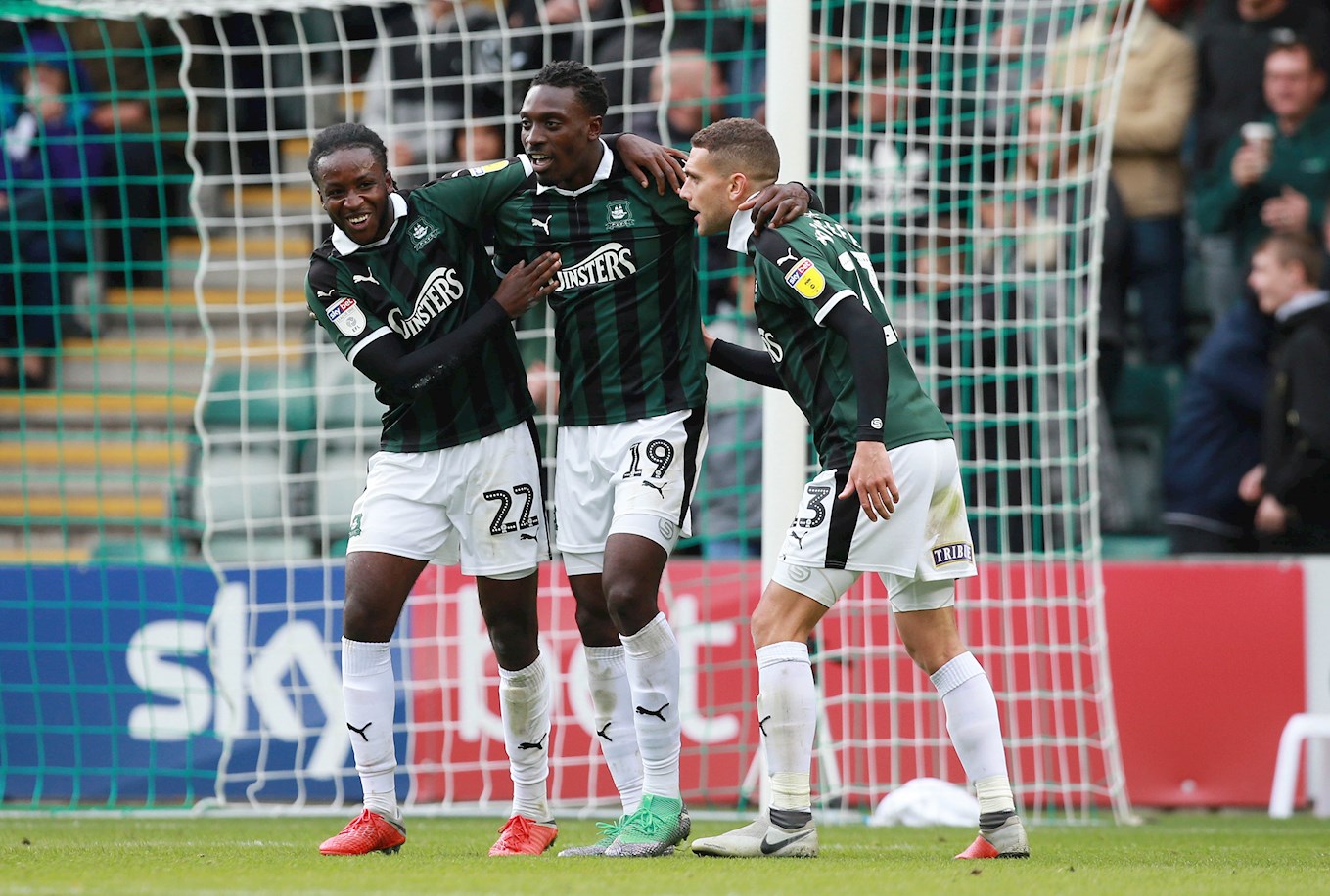 Believe in Our Ability

BELIEF is often used as a byword for success in football and there is a reason.

A confident footballer is generally a successful footballer and that makes a successful team, which is why Argyle manager Derek Adams is reminding his players of what they can achieve.

The Pilgrims welcome Burton Albion to Home Park tomorrow in Sky Bet League One and it is a perfect time for Argyle to impose their game early, remove mistakes and take chances.

“We have to believe in our own ability a wee bit more,” said Derek. “We’ve got the makings of a good squad that can do well in this division.

“We’ve had a problem of giving away soft goals, which we need to eradicate, and when the chances come along, we’ve got to take them.

“In this division, the first goal is very important. It allows you to take the sting out of the game or to go for the next goal.”

Swiftly following on from the Burton challenge is another home game against Gillingham on Tuesday and Derek is well aware of the points on offer to pull Argyle away from the bottom.

The Brewers played in the Championship last season and possess a number of players in their squad familiar to the Pilgrim chief.

“Burton have come down from the Championship last year and they’ll give us a good test,” said Derek. “They’re not too far ahead of us in the league table at this moment in time.

“We’ve got home games on Saturday and Tuesday, and we’d like to pick up points, but we’ll have to play very well against Burton to do that.

“They play 4-3-3 and I know their players quite well. I’ve seen a lot of them playing in the Championship and they’ve had experience in League One, and the Scottish Premiership. They like to pass the ball but they can also play direct at times.”

Argyle enter these two games after a disappointing defeat at Oxford last weekend and, when a team suffers a setback, there is often the suggestion that a quick chance for redemption in midweek is beneficial.

Derek holds a different view, however, and happy to spend the week preparing on the training ground and using Tuesday’s win over Bristol Rovers in the Central League as an added opportunity to hone his troops.

“It hasn’t [been a long week] for me because I’ve been busy,” he said. “We’ve had a good opportunity to rest and recuperate and work on the training field to get the players ready.

“We’ve preferred [no game in midweek]. We’ve had a lot of midweek games and a Central League game on Tuesday, so we’re happy with that.”