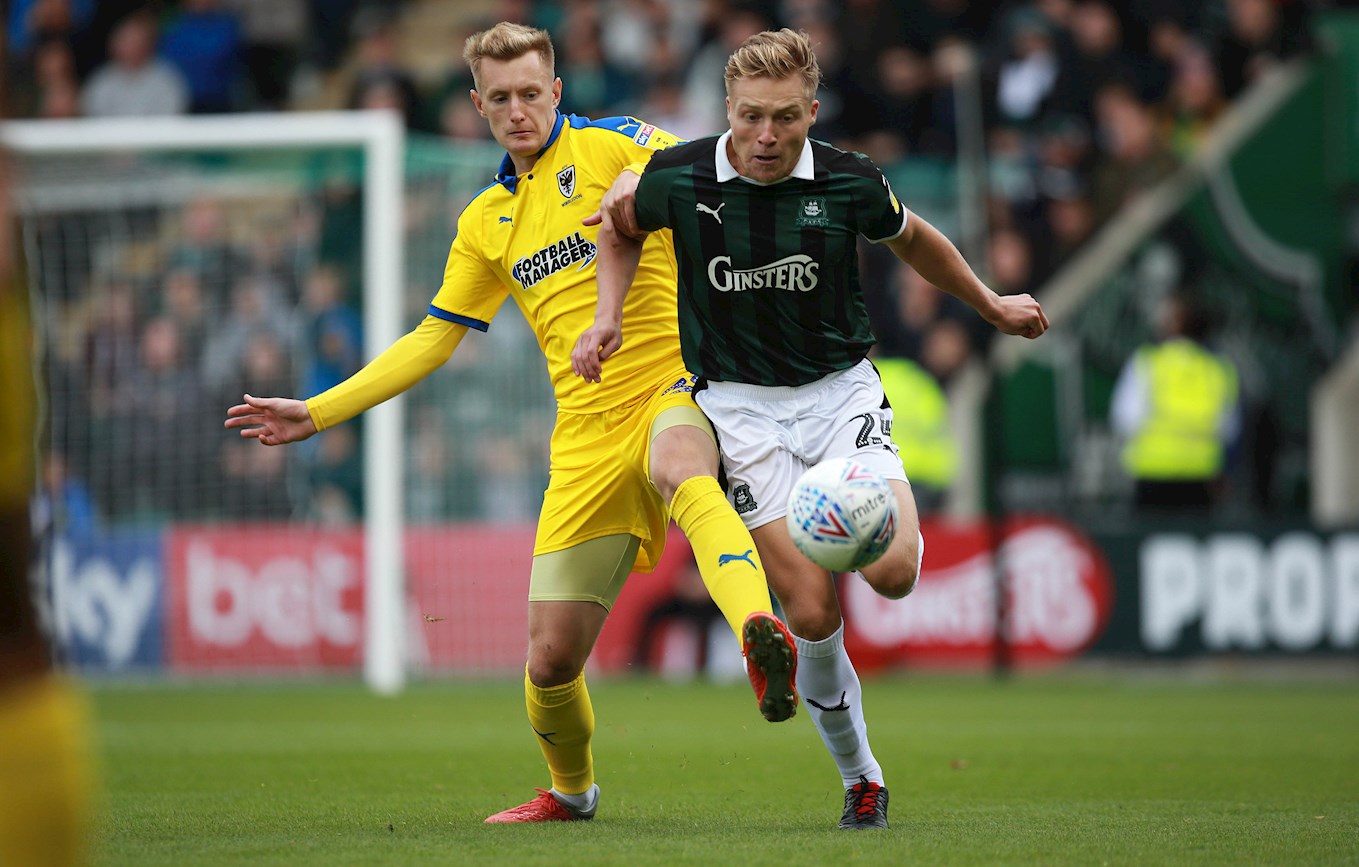 Clean as a Whistle

FREDDIE Ladapo will, with some justification, grab most of the headlines for scoring the first winning Sky Bet League One goal by an Argyle player this season, against AFC Wimbledon at Home Park.

Unheralded, but as important, was only the team’s second clean sheet of the season which allowed Freddie’s 75th-header from Graham Carey’s cross to be the difference between the two sides.

Injuries have played their part in the Pilgrims not being able to field a settled back four, but the defensive line of Tafari Moore, Ryan Edwards, Peter Grant and Ash Smith-Brown not only kept out the Dons, but also limited Barnsley to a spectacular goal in midweek.

Central to the solidity has been the partnership in the middle between Ryan and Peter.

Argyle manager Derek Adams said: “They have been able to have a good partnership. Peter is probably very good for Eddy because Peter talks a lot and organises. He knows the game. Eddy is the quieter one.

“Yann Songo’o, in front, has enabled them to defend well. Yann screens the back four. It doesn’t become easy for the ball to be played into the strikers because Yann’s in front.

“The full-backs showed good pace and good ability which was typified by Tafari Moore running about 70 yards down the side of the pitch.

“The understanding they have…they are only young kids but they are showing good quality.”

Among the Wimbledon players who came up blank was former Home Park hero, and Derek Adams signing, Jake Jervis.

“You are always wary when old players come back to a club,” said the Argle manager, “and I was just delighted he didn’t score.

“We all know it has been a long time coming. We have been close at times this season and we haven’t been able to get that victory, but today we did.