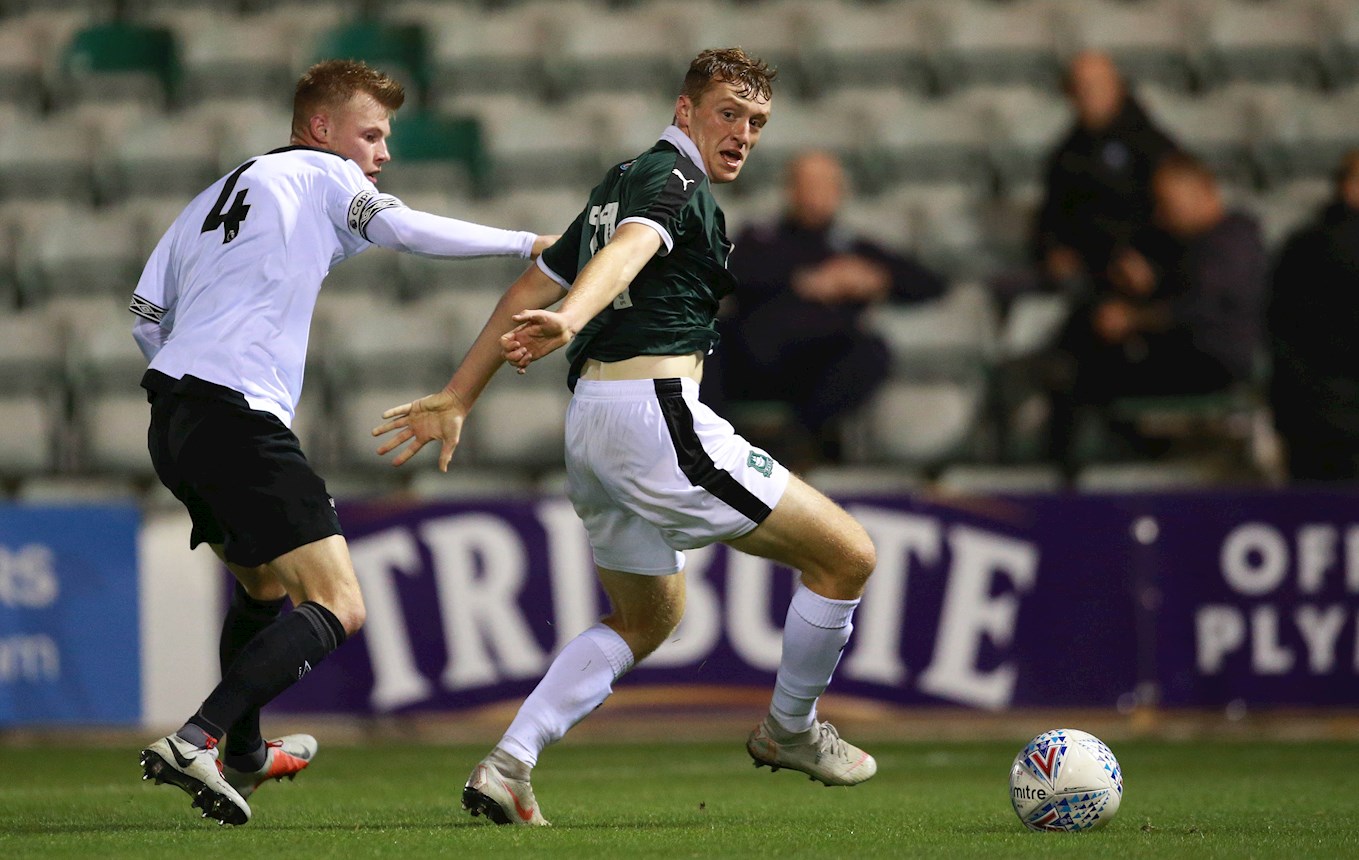 ARGYLE kicked-off the group phase of this season’s Premier League Cup with a confident 0-0 draw at home to Championship club Derby County.

The young Pilgrims withstood early pressure from the Rams, who included Scotland international Ikechi Anya in their ranks, before creating enough chances to have left Home Park with all three points.

First-team coach Kevin Nancekivell expressed his satisfaction with the shape of his team and impressive enterprise going forward, with Alex Fletcher going close to scoring the only goal on a couple of occasions.

“It was an excellent point for us against a very good team,” said Nance. “The lads were terrific in their attitude and their defensive qualities were superb.

“Derby started really well and we had to be very compact in the first 15 minutes, keep our shape and see that period through. Everything was in front of us, so we kept our shape and restricted them to long shots.

“We grew into the game, created a few good chances and I don’t think it would have been unjust if we’d gone in 1-0 up at half-time.

“He [Fletcher[ was unlucky and full of endeavour. He was a constant thorn in the Derby defence and had a good game, along with everybody else.

“The game was as I expected from Derby, with a mixture of apprentices, Under-23s and a Scottish international [Ikechi Anya]. It was a great test for us and we look forward to the next game at Aston Villa, playing against a famous club at Villa Park.

“The club has enjoyed some fantastic occasions [in the past year], playing Liverpool in the FA Cup and Manchester City in the FA Youth Cup, and this was another good night.”

A final word for young defender Jordan Bentley, who continued his rehabilitation from a badly broken leg with a typically committed performance at the heart of Argyle’s back-line.

“Jordan Bentley has done ever so well to get through [the game],” said Nance. “He had a bad break and to be back playing in a game like Derby and keep a clean sheet is a credit to him. Jordan is a whole-hearted defender and he’s done well to come back.”