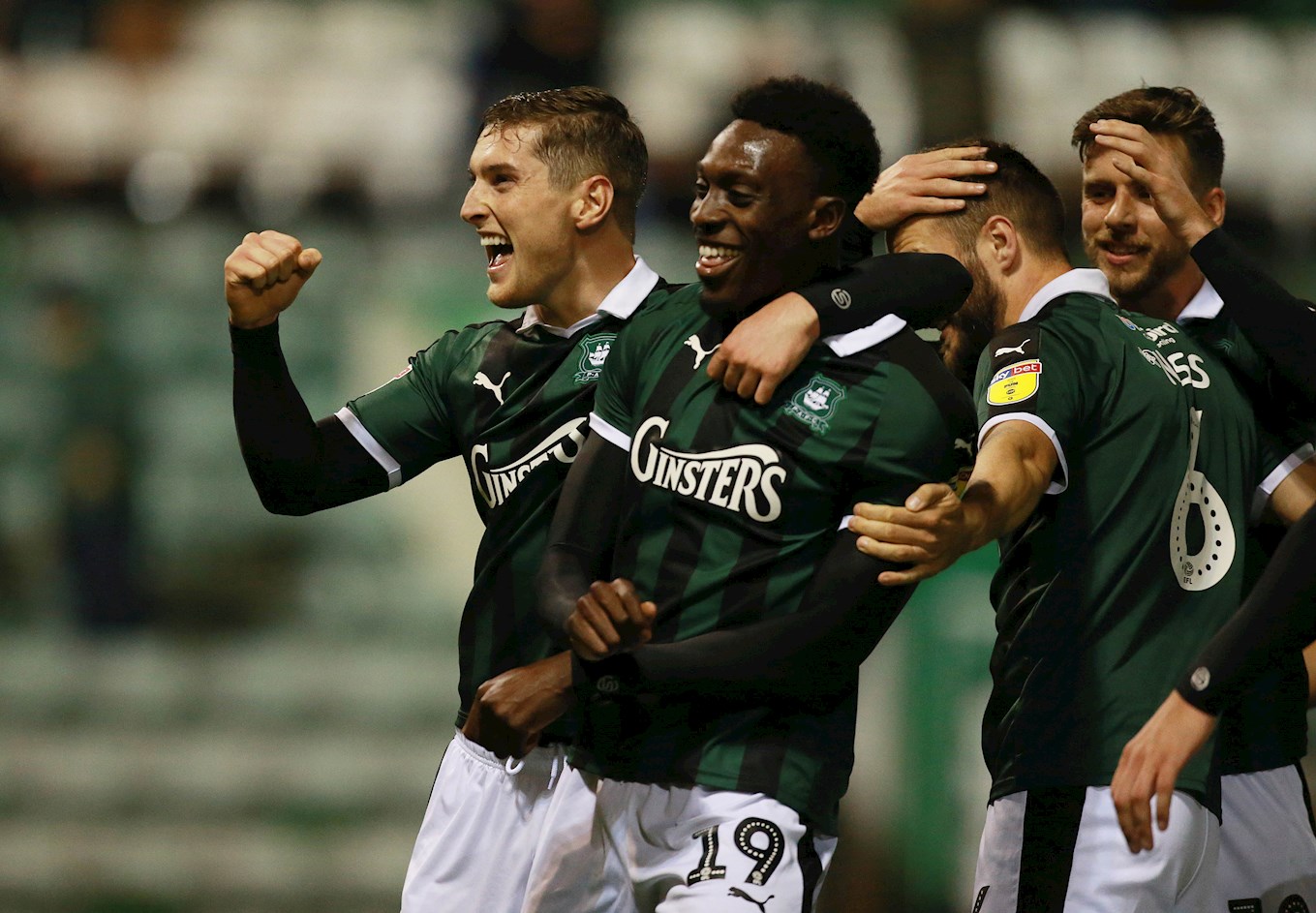 CONOR GRANT reckons he has never been happier than in the first half of Tuesday night's 3-1 win over Gillingham, which lifted the Pilgrims off the bottom of Sky Bet League One.

The 23 year-old was reinstated into the line-up - at left-back - after injury and delivered delightfully for Freddie Ladapo to nod home his, and Argyle’s, second goal of a dominant first half.

Conor said: “As you can imagine, we were happy with our performance - it was probably one of the most enjoyable first halves I have ever played because it felt like we could score at will. It felt like we were creating chances; we were on the front foot, pressing them."

Speaking about his assist for Freddie's fourt goal in two home matches, Conor said: “I got a yard of space and we’ve played a nice bit of  intricate football. I’ve got a yard and just tried to put it in a dangerous position, in between the centre-halves. Freddie was there and he’s on fire at the minute."

Signed primarily as a midfielder from Everton in the summer, the former Toffee refused to come unstuck in an unfamiliar role. He had his suspicions, during a recent training session, that he would be deployed in defence, and so it proved.

He said: “I’ve played a half for Everton Reserves but not professionally, so it was a bit new to me.

“I sort of had a little inkling in training, with the bit of work we did, there was a suggestion that it might have been; the manager picked the team and that’s where I was. I sort of prepared myself for it.

"If I’m on the pitch, I’ll try and do as well as I can, in whatever position. It’s not my natural position but I thought I played it well tonight; Joel [Grant] in front of me worked his socks off; it was just a good performance all round”.

Because of recent failings in protecting leads, Conor feels that confidence and a killer third goal, from Ruben Lameiras - mere minutes after coming on as a second-half substitute - was the key to seeing through what was, overall, an emphatic win.

He said: “We definitely believe in ourselves. Results have determined the belief. There have been times where we have been up in games and come away with nothing. That can affect confidence and belief in terms of going and killing games.

“If they score [to make it] 2-1 it’s a different game isn’t it? [Getting the third] probably did help our nerves, although, at 2-0, we still felt pretty comfortable.”