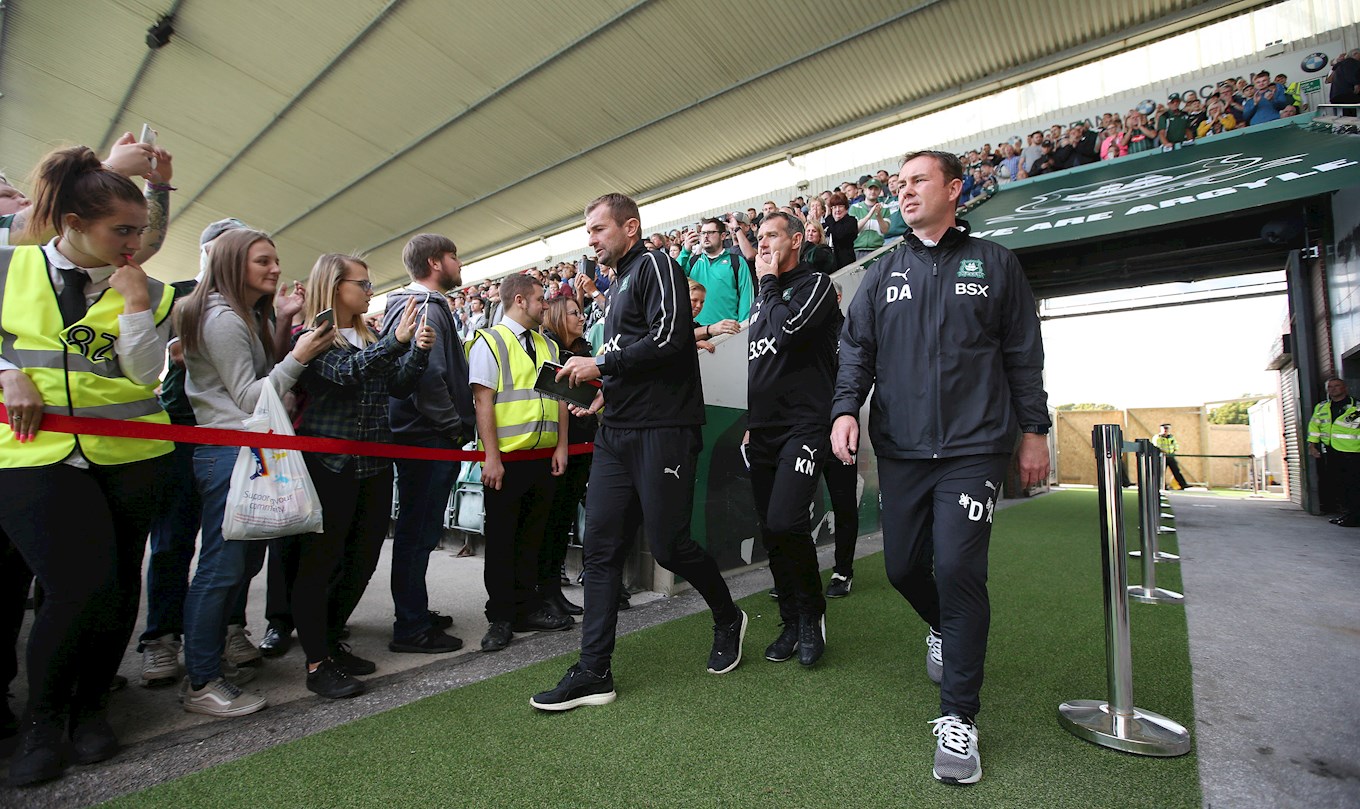 CONTRARY to what some might have thought, Argyle manager Derek Adams believes it is a good thing to have the temporary Home Park tunnel so close to the players.

That is despite the abuse which they and he suffered after our 3-2 Sky Bet League One defeat by Doncaster Rovers on Saturday, when the new arrangement – necessitated by the grandstand renovation work – was in place.

With temporary dressing-rooms having been erected behind the Devonport end, the players will enter and exit the pitch through the old vehicle access gate until the end of the season.

“It’s never nice, some of the things that did happen on Saturday, which I’m not going to go into; that’s not what it is to support your team.

“We all know that, when times are tough, you must stick together, and that’s what I do as a manager. I have to stick by my players, stick by my staff, and look after them.

The start to the new campaign has been an exasperating one for everyone connected with the club: a rash of penalties and an injury-list in double-figures has contributed to a winless run of ten league matches.

Derek empathises with the Green Army and urges everyone in the Argyle family to pull together as he works had to right the listing ship.

He said: “We have been very successful, moving out through the administration years and putting this football club back into League One. We understand the frustration because we have had a difficult start to the season, but we aim to have our injured players back as soon as possible, to get points on the board to finish as high up as we possibly can. That’s our aim at the end of the season.

“We finished fifth in League Two, and got to Wembley in the play-off final; we got to the last game of the following season - we were pipped on goal difference to winning title; and we finished seventh last season.

“I’m not here to make excuses, I’m only here to just explain the situation. I don’t mind criticism, but it was more than criticism on Saturday - there was venom, , there was hatred, and that’s not nice, to not only myself, but some of my players who have done exceptionally well for this football club.

“If you want to keep players at this football club, then you have got to be very careful on how you react towards them. They are trying their best. We scored two very good goals here on Saturday; we conceded three bad goals; we understand all that.