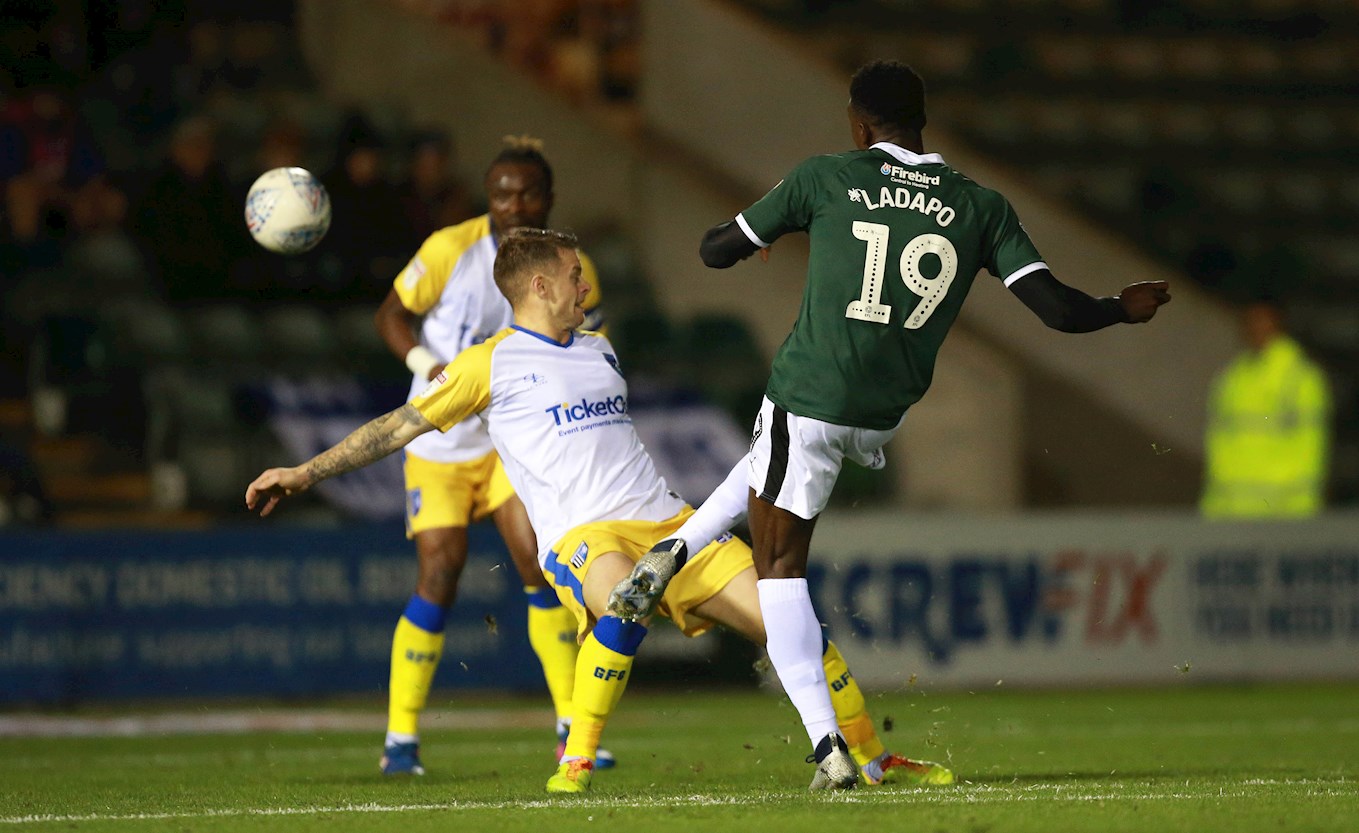 AN inspired Argyle performance yielded an emphatic 3-1 victory over Gillingham in Sky Bet League One on Tuesday night and striker Freddie Ladapo was at the centre of everything.

A fabulous opener on 22 minutes was swiftly followed by a second from Freddie, who has now scored five in his last four games, and a second-half strike from substitute Ruben Lameiras sealed three valuable points, despite a late consolation for the visitors.

While Freddie will rightly take the headlines, Argyle manager Derek Adams spread the praise around, with defenders Niall Canavan and Yann Songo’o solid at the back and the midfield trio of Antoni Sarcevic, Jamie Ness and David Fox providing the platform for success.

“His first goal was outstanding and it was a top performance over the 90 minutes. We had to defend well and we dealt with that through Songo’o and Canavan.

“The way that Freddie is playing, as I said earlier in the season, he is going to be a very good player for us. He is here for a couple of seasons and that allows us to get the best out of him.

“I tried to get him in the winter period and he went to Southend, but we got him in the summer. He’s very strong and sometimes doesn’t get the fouls he deserves but, because he’s so strong, he probably doesn’t go down like some strikers would.

“He is a very good finisher. Yes, he does miss chances at times but, other times, you think ‘wow, what a finish that is', and he is high in confidence at this moment in time.

“The likes of Sarcevic, Fox and Ness were outstanding in the midfield and then we were able to take off [Graham] Carey for Lameiras, [David[ Fox for [Stuart] O’Keefe, and nothing really changed.”

Another revelation for the Pilgrims was Conor Grant, excelling in a left-back position that he has only ever occupied once in the past.

“He [Conor Grant] has played there once before and we worked on it on Monday,” said Derek. “We spoke to him at training [on Tuesday morning] and he’s comfortable on the ball, good in the air and gave us the platform to play from. He played passes into midfield and played very well.”