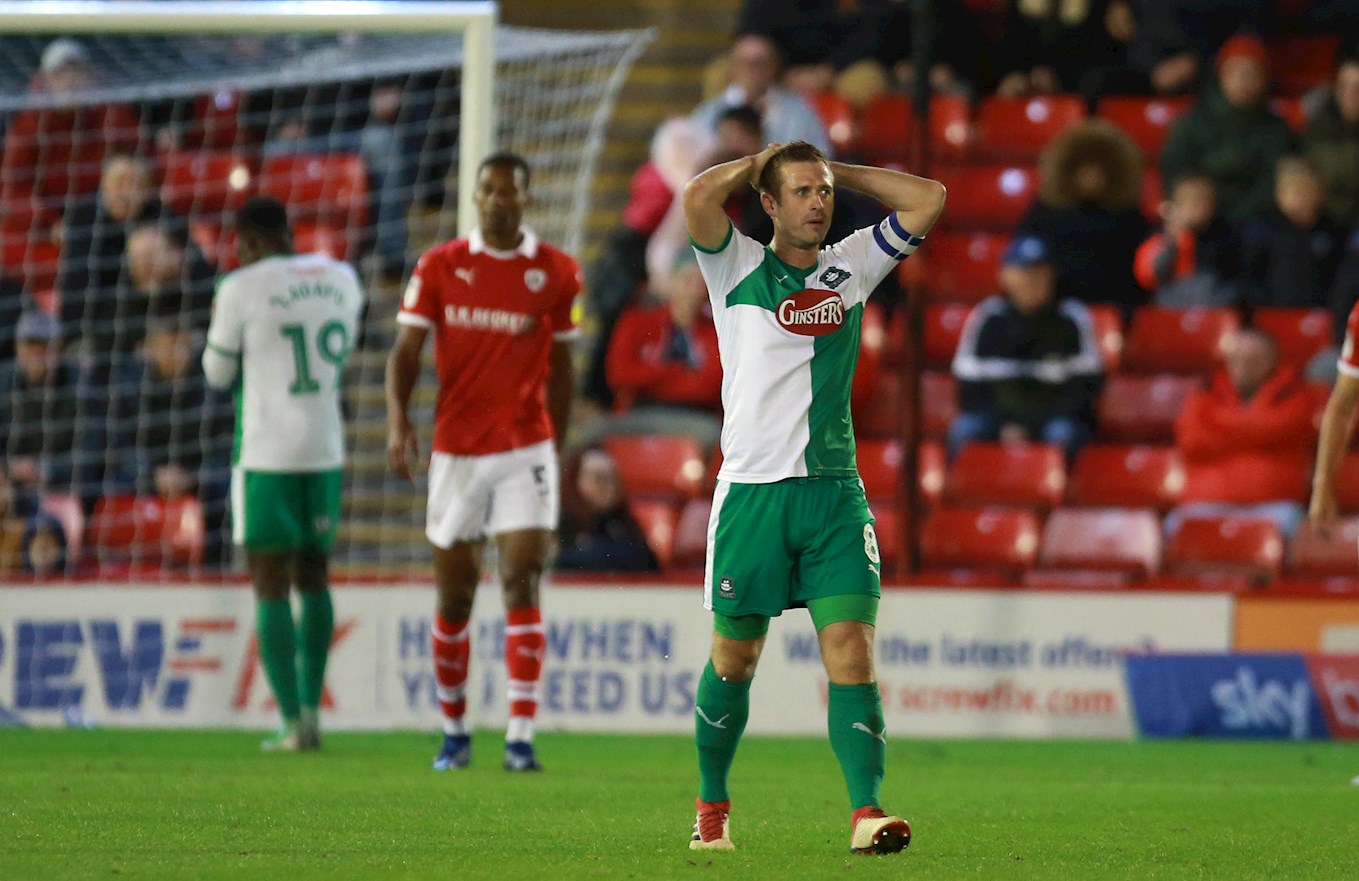 ARGYLE midfielder David Fox feels that, after picking up four points in the last two Sky Bet League One Games, momentum is with them for the trip to Oxford.

The fact that the Pilgrims backline has looked more solid in recent weeks is another positive that our number eight will take into the game at the Kassam Stadium.

“You could say that once you get the results it certainly puts a different tint on everything,” said Fox. “To back up a couple of performances with four points, you start to see you're getting rewards for the work you're putting in.

“You hope it's turning a corner, we certainly need it to turn a corner and the last couple of games have been that.

The win over Wimbledon last week lifted Argyle off the bottom and above Oxford, which has to be a psychological boost ahead of what is sure to be a fascinating encounter at the Kassam.

While David is keen to consign last season to the history books once and for all, he does admit there are certain experiences that, when brought to the surface again, are helpful in the situation we are in now.

“It's been a big turnaround really, even the fact we're not bottom,” he said. “Despite everything going on here, we're not bottom of the league and we've only won one game, there's so much to play for, so much football to be played. We look at this game and see it as just another opportunity.

“There are certain times where you draw on that experience [from last season]. It's difficult because there are a lot [of players here now who weren't here last season] and you have to be wary not to mention it all the time because this is a new team, a new season and a new set of circumstances.

“It's difficult because you don't want to look back. Results were pretty bad and, if you look at what it took to turn it around for us, maybe it was the draw at Blackburn [last season], like it was at Barnsley [this season], then a win at Wimbledon.

“There are similarities that you take little bits from but without looking back too much. This is a different team and we have to look forward.”