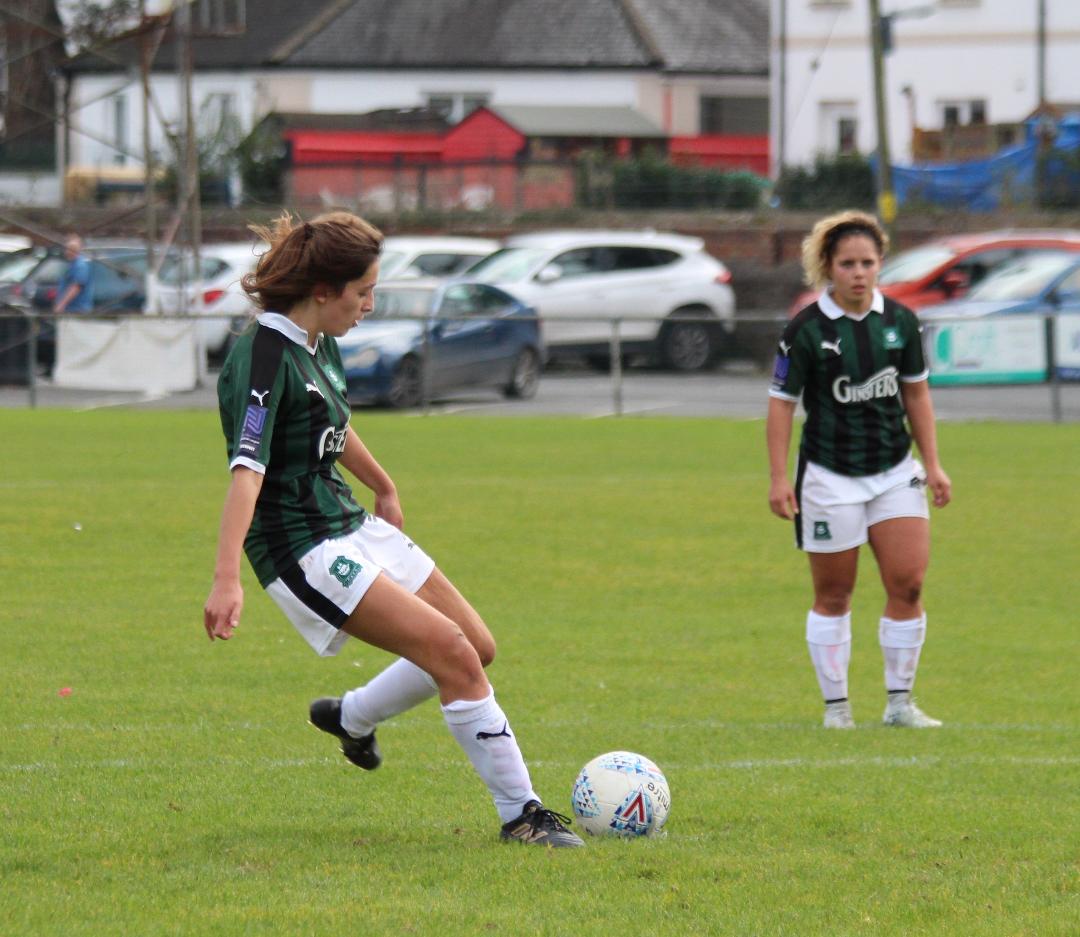 PLYMOUTH Argyle Ladies started their defence of the Devon Senior Cup with an emphatic 13-0 victory at Bideford on Sunday.

The Pilgrims were excellent throughout and a personal triumph for Zoe Cunningham, who scored five goals in the North Devon sunshine.

Faye Ivall opened the account on 17 minutes and Cunnigham then bagged her first two of the afternoon, the second a rocket from 25 yards. Ivall made it 4-0 at the interval but the second half became very tough for the spirited hosts.

Jessie Jones and Ebony Dover notched before Cunningham completed her hat-trick. Ivall also managed a treble, with her third from the penalty spot. There were two more goals for Cunningham, with Tamsin Med-Gill grabbing a brace. Argyle will face Marine Academy Plymouth in the next round.

The development squad were given a weekend off after Bude Town postponed their fixture in the FA Women’s South-West League Western Division.