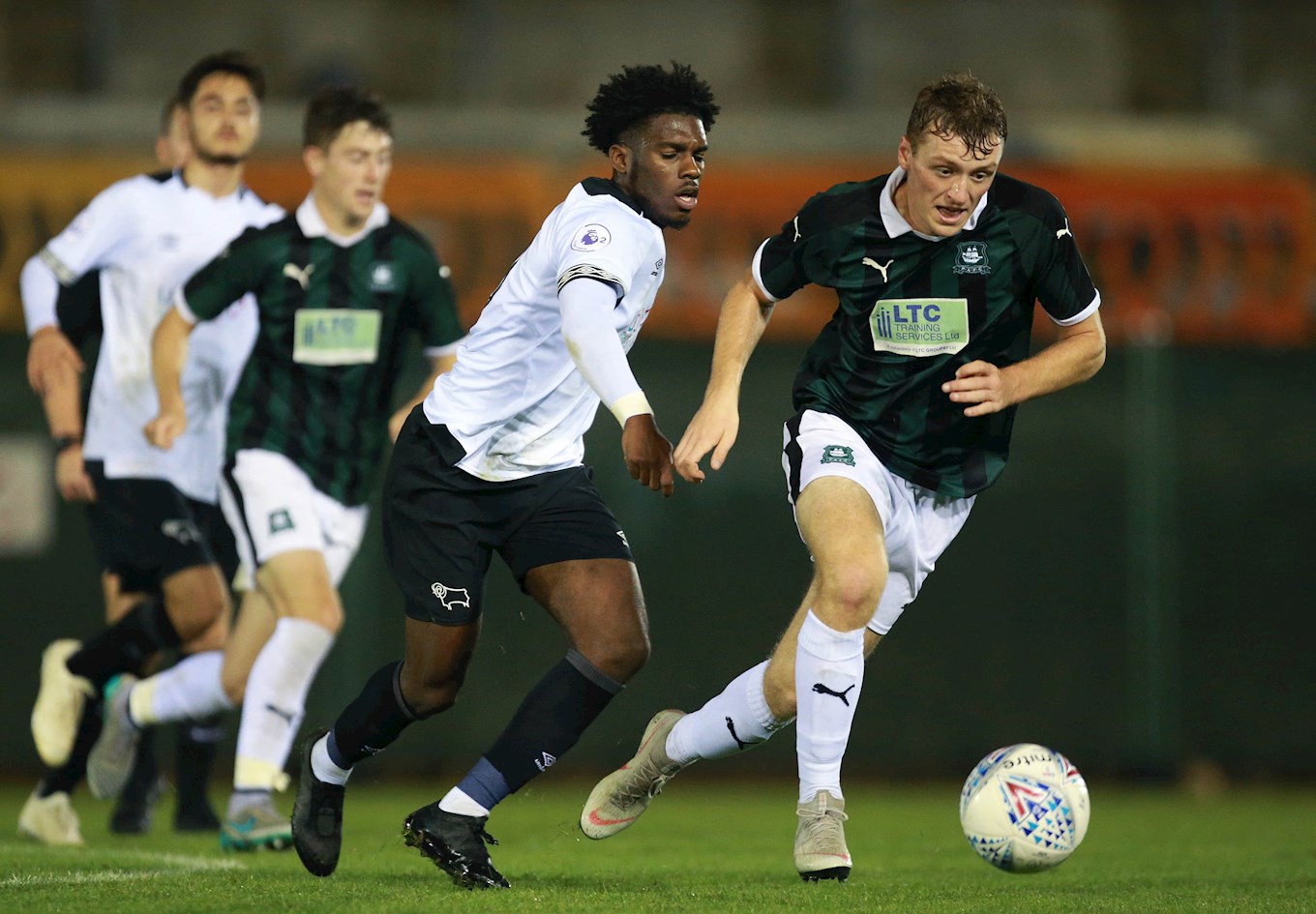 EIGHTEEN-YEAR-OLD forward Luke Jephcott has caught the eye of first-team manager Derek Adams and impressed enough to be named as a substitute in the recent Checkatrade Trophy game against Swindon Town.

He has impressed on international duty, too, having played regularly for the Welsh Under-19s, under manager Paul Bodin, since the end of last season.

He said: “He [Bodin] obviously sees something in me. He is picking me and I have started every game apart from one. He is very good with us; he always has one-to-one chats with us and tells us what we need to work on and what we’re doing well on.

“It is similar to here; I don’t feel out of place. Everything we do here, the manager does there, as well; it’s not new to me.

“I have played seven times for the Under-19s since I got my first cap in May, playing on the right wing in a 4-3-3. The Euro qualifiers are next month; we are hosting it. We have Sweden, Scotland and San Marino in the group.

Luke was born in Aberystwyth, after which his family moved to Cornwall when he was five. He was subsequently picked up by Argyle while playing for West Cornwall.

He has made it clear from the get-go that his allegiances definitely lie with the land of his fathers.

First-year professional Luke said: “I was born in Wales; all my family, apart from my brother, were born in Wales. I’ve been in Cornwall almost my whole life [but] every time I get to put the shirt on [for Wales] and sing the national anthem, it gives me shivers.”

It was, however, playing for another Celtic side that Luke first came to the Pilgrims’ attentions.

He said: “I was playing for Cornwall and [Argyle] came and asked if we had any strikers. They picked me and I went on trial. That would have been at Under-15s and I then worked my way up to an apprenticeship and I got a pro contract.”

After impressing in the Carlsberg South West Peninsula League and Premier League Cup, Luke was on his way to speak with manager Derek Adams when he learned that he would be included in the match-day 18 for the Pilgrims’ opening Checkatrade Trophy game at Home Park.

“I found out the day before,” Luke said. “I had a chat with the gaffer. I had gone to speak to him to ask what I needed to be doing to push myself to keep improving and he told me I was in the squad.

“Because of the injuries and because I thought I had been doing well, I just wanted to see where I was at and he told me I was going to be on the bench.

“I was just glad when he told me because it’s what we all work for; to finally get there is great.

“That’s the target at the start of the year – to be in and around the squad on a match-day; if not starting, then try and push to be on the bench.

“That’s what everyone wants, so we just have to be pushing ourselves to give ourselves the best opportunity.”