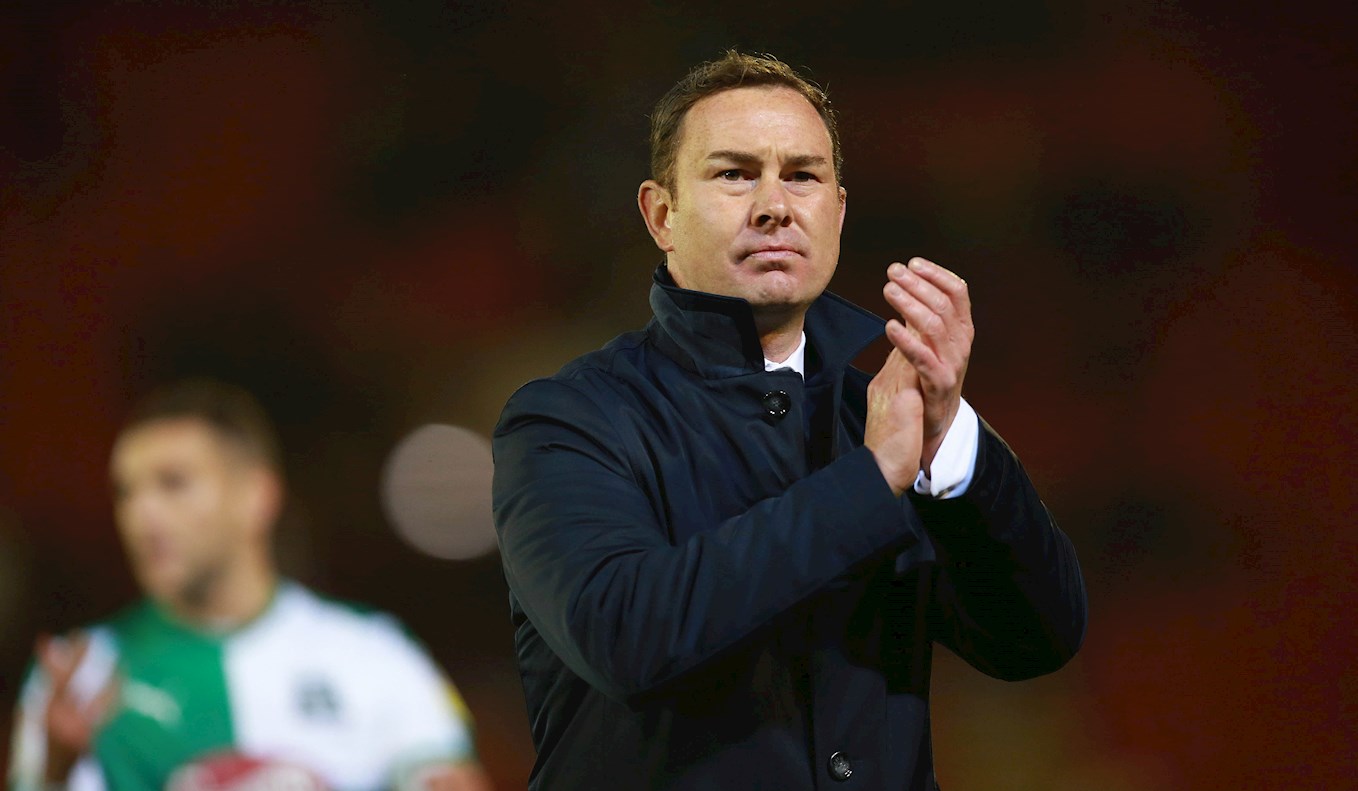 Repeat of the Debut

IT is a little under three years and two months since Derek Adams took charge of his first game as manager of Plymouth Argyle; an impressive 2-0 victory in front of over 4,000 fans at AFC Wimbledon.

Both sides have enjoyed an enthralling ride since that encounter and now compete against each other in Sky Bet League One.

While Derek has achieved a huge amount in his time at the Home Park helm, he was quick to praise the success of his counterpart tomorrow, Neal Ardley, who has worked his own magic with the Dons.

“We’ve had some good games and my first game in the league competition was against Wimbledon,” said Derek. “It was a memorable day, we won 2-0 and scored two good goals from [Gregg] Wylde and [Graham] Carey.

“We’ve come through the leagues together and he [Ardley] has done a very good job. To get them where they are is probably where they are going to be, in League One, until they get further investment.

“It’s a tough league and they’ve done well to get into League One, and to stabilise over the past couple of years.”

The admiration for his opponent is clear but the only objective from tomorrow’s encounter at the Theatre of Greens is to secure all three points for Argyle, building on the impressive 1-1 draw at high-flying Barnsley in midweek.

It was an arduous trek for players and supporters on Tuesday night, which naturally has a knock-on effect on training schedules, but Derek and his team will be more than ready to compete from the first whistle.

Unfortunately, however, the lengthy injury list shows little sign of reducing but there is an outside chance for Jamie Ness to be involved, while Graham Carey is just one league booking away from a suspension.

The talismanic forward does have five yellow cards to his name but one of them came in the cup, and Derek is pleased the rules have been altered to take into consideration the differing factors that impact teams on a long cup run.

“We obviously want to get the win because performances have been good,” he said. “We need to turn performances into wins. We were unfortunate not to win at Barnsley and I was delighted with the way we played.

“We didn’t get back until 4.30 in the morning and I’m sure that was the same for our supporters. It is a long way on a Tuesday night but we’re back now, and we thank the supporters who travelled.

“It means we can’t train in the normal way, the players have to rest and get ready for Wimbledon. We now need to start winning games.

“There is only one possibility (Jamie Ness) of an injured player coming back. The bookings are competition-specific, which should have come in years ago.

“I actually brought it up at an EFL meeting because teams were getting punished for going a long way in competitions but he [Carey] needs to stop the silly fouls because he’s given away a number of fouls that he doesn’t have to.”