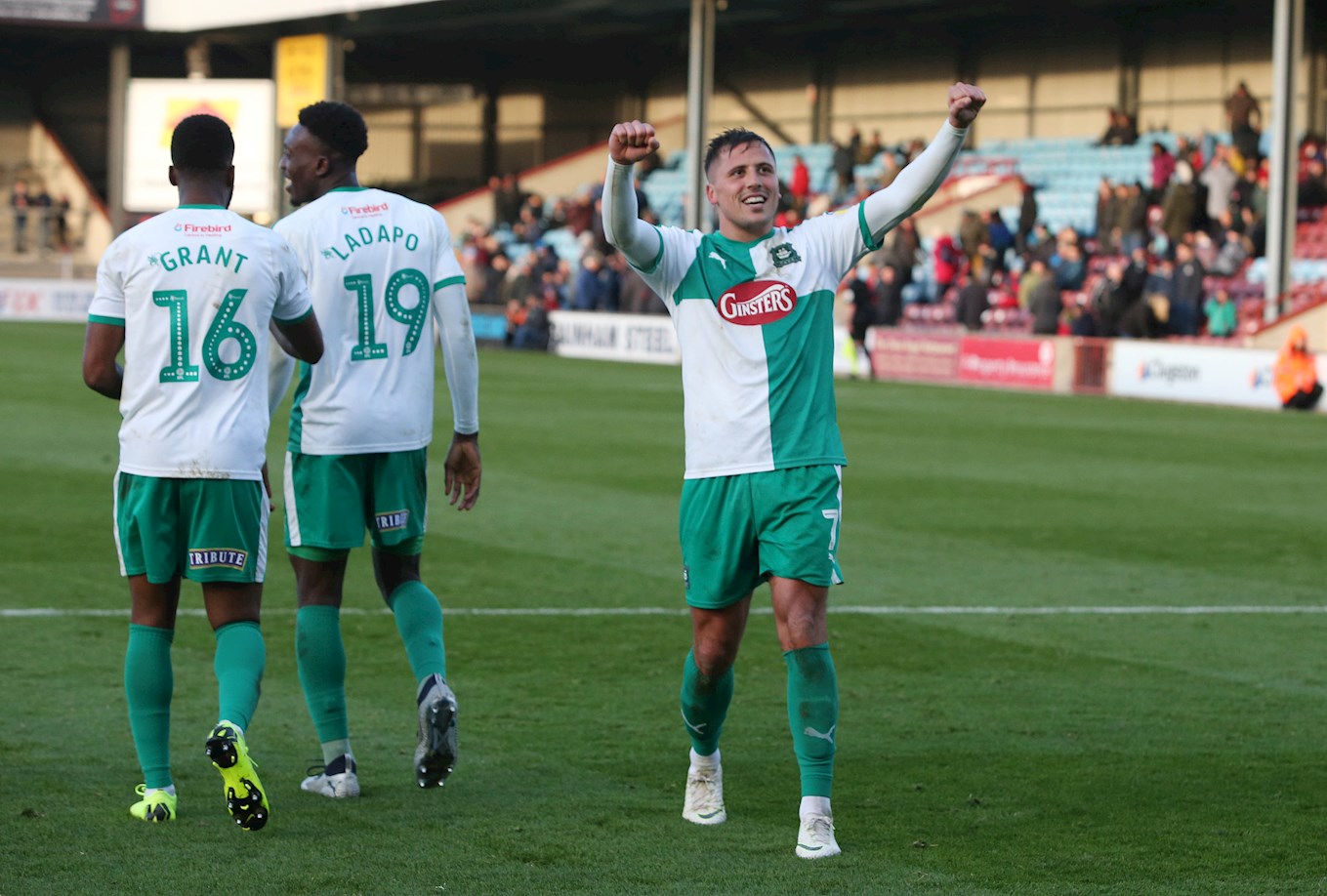 THE magnitude of Argyle’s 4-1 Sky Bet League One win at Scunthorpe United can best be measured by statistics.

It was only the second time in their history that the Pilgrims had won in North Lincolnshire, on their 16th visit to either Glanford Park or Scunthorpe’s former home, the Old Showground: 11 of the 15 previous games had ended in defeat, including the last six.

Indeed, the previous five matches at any venue between Argyle and the Iron had ended in defeat for the Pilgrims who, before Freddie Ladapo’s opener on Saturday, had failed to score against Scunthorpe in more than six hours of football.

The last Argyle players to score in a win at Glanford Park before this weekend were Mick Heathcote and Earl Jean, back in the last millennium, the 2-0 win in August 1998 coming when DVDs and google were just good ideas.

The last Argyle players to score in any win over the Iron were Rory Fallon and Alan Judge, in a 2-1 Championship match at Home Park in October 2009.

Saturday’s victory was the Pilgrims’ biggest league victory away from home since February 2014 – 106 matches previously – when they beat Fleetwood Town 4-0 in League Two, which was also the last time that four different Pilgrims scored away from home.

The last of that quartet had been dejection personified after his return from injury in the 3-2 home defeat by Doncaster Rovers just seven days earlier.

A week, though, is a long time in football and there was no hiding the Mancunian’s joy, nor that of his team-mates, after he scored the Pilgrims’ injury-time fourth – his first goal of the campaign - at Glanford Park.

“I am made up,” he said. “The boys were all buzzing for me, as well, which made it even better.

“I am just delighted to get that first goal. I have missed a few chances in the last few games but, as I always say, goals are irrelevant – as long as I can help contribute to the team, get the three points and send the fans home happy, I’m a happy man.”

“He’s not fussed,” said Sarce. “He was buzzing. He was coming back to a club that he had been at for years, but he’s a Plymouth player now and you could tell, by his celebration, what it meant to him."

To book your tickets for the Sunderland showdown at Home Park on Saturday, visit our dedicated ticketing site https://www.eticketing.co.uk/pafc or call the Box Office on 01752 907700.