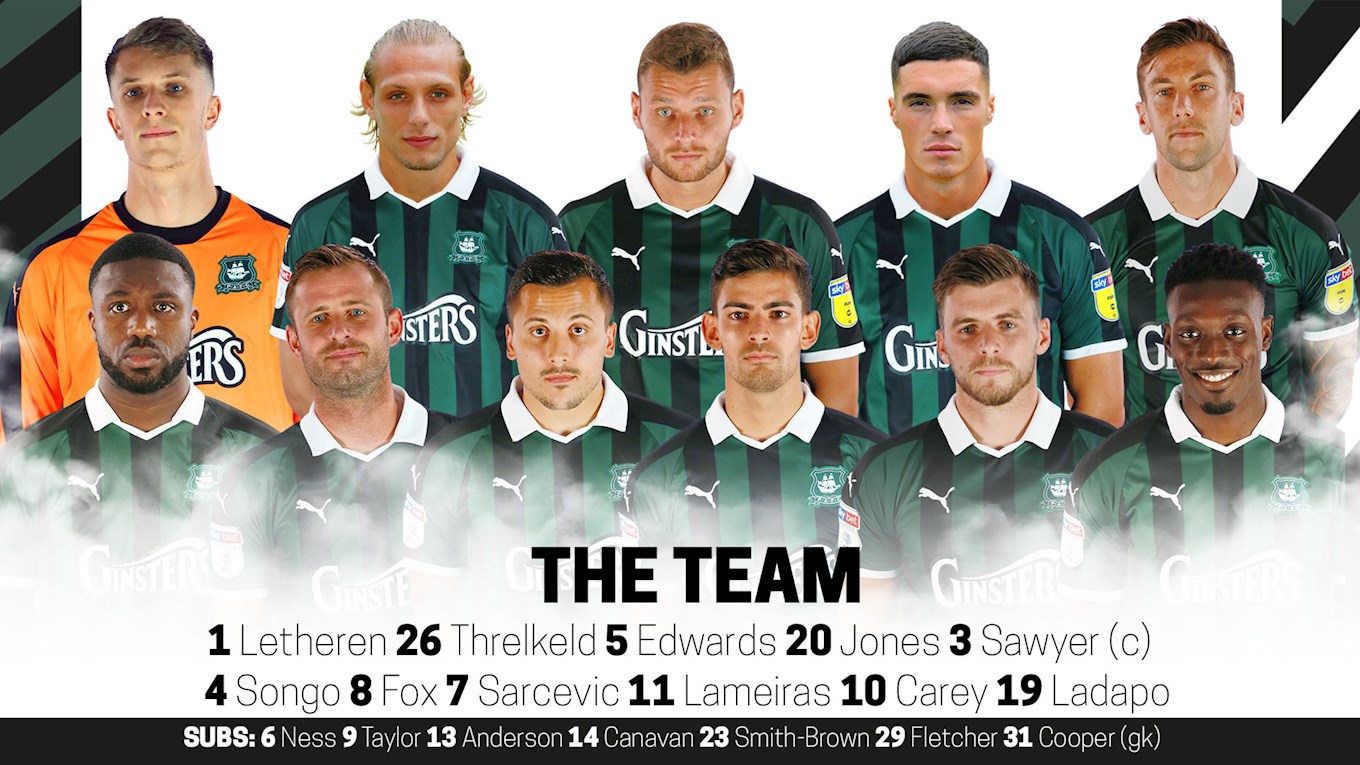 Manager Derek Adams opted for precisely the same 11 that had begun the previous Tuesday's impressive 3-1 home win over Gillingham.

That meant that Conor Grant continued at left-back, starting in the position for only the second time in his career, while Yann Songo'o and former Scunthorpe youth-team graduate Niall Canavan remained the centre-back partnership.

Another old Iron, Jamie Ness, was included in a three-man midfield which had performed so well against the Gills, alongside captain David Fox - happily recovered from a foot injury - and Antoni Sarcevic.

The division's in-form forward Freddie Ladapo - four goals in two games - led a forward line in which Graham Carey was fit to play after a stomach problem that saw him substituted in midweek, and in which Joel Grant was again preferred to Ruben Lameiras.