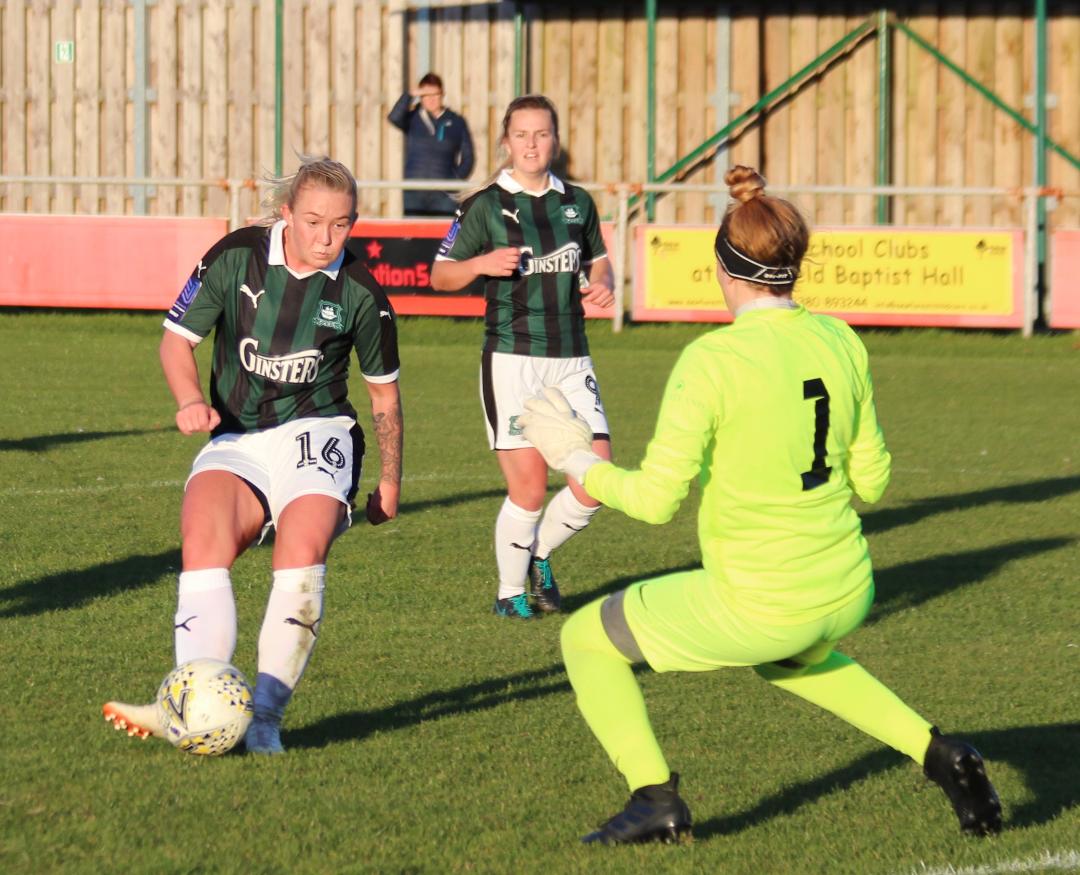 JESSICA Jones typified the determination of the Argyle Ladies in recording an impressive 3-1 victory at Southampton in the National League Cup.

Jones scored the decisive two goals in a fine display but then, worryingly, collapsed after the final whistle and taken to hospital. Thankfully, all checks came back positive and the doctors put it down to over-exertion from the teenager.

Argyle earned a home tie against Crawley Wasps in the next round and the progress began with a composed finish from Helen Bleazard on 26 minutes. Lindsay Rogers kept the lead intact with a super tip over the bar to deny Southampton.

The home side did drew level on the hour and it was a scruffy goal scored by former Pilgrim Nat Bavister. Jones became the late star, beautifully finishing off an assist from Kayley Lane and then sealing the win in stoppage time.

Argyle’s development side also enjoyed their weekend, beating Exeter and Tedburn Ladies 2-0 at Saltmill. It took 80 minutes for the deadlock to be broken and Maya Ridge was the scorer with a looping volley from distance. Substitute Sarah Prior added a second with a back-post finish.