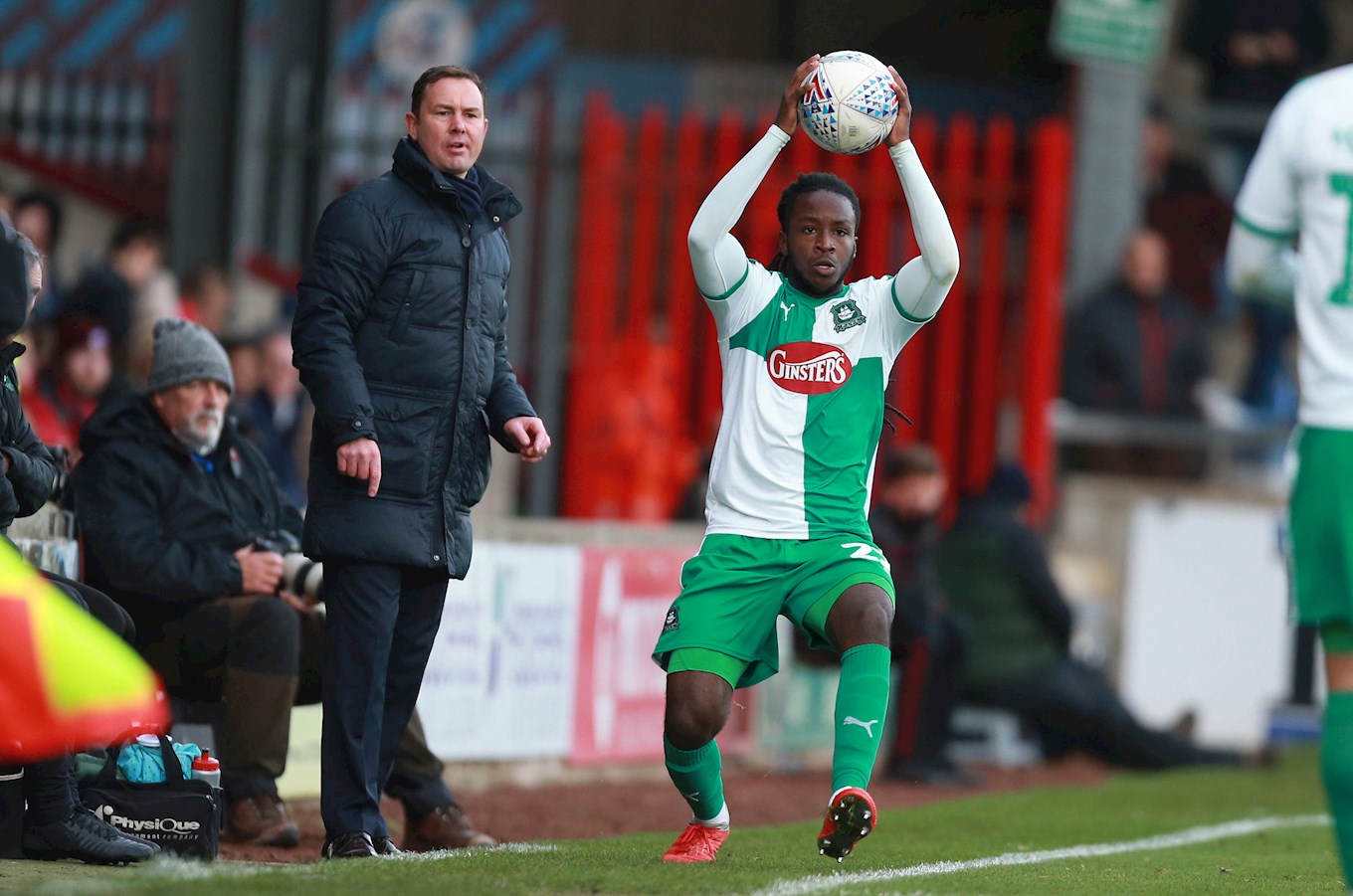 A BRILLIANT win for Argyle and seven goals scored in the space of a few days, as Scunthorpe United became the latest victims of a Green resurgence.

After a fine 3-1 win over Gillingham in midweek, the in-form Freddie Ladapo notched early for Argyle at Glanford Park and defender Niall Canavan made it 2-0 on the stroke of half-time against this former club.

Scunthorpe pulled one back through Lee Novak and Matt Macey had to stand tall in the Pilgrim goal before a fabulous day was rounded off by further strikes from Joel Grant and Antoni Sarcevic.

“To score seven goals in two games is very good and we’ve had the goals spread around the team,” said Argyle manager Derek Adams. “It was great for Niall Canavan to come back here and score, and for Joel Grant and Sarcevic; and Freddie has scored for the fifth time in a week.

“In the end, we could have scored more goals but I’m delighted with the win away from home. He [Macey] pulled off some good saves and it’s important to have a good goalkeeper behind you.

“We haven’t had the results our performances have deserved and, today, we’ve come here, and played on the front-foot. We’ve caused Scunthorpe a lot of problems, passed the ball very well and a little unfortunate not to have added to that score-line.

“We went in 2-0 up at half-time and then lost a goal early in the second half. We had to regain the confidence and we did that, got the third goal and were back in confident mood.

“We needed it [the third goal] because Scunthorpe were pushing forward and putting balls in the box, but we knew, while they were doing that, we would be able to pick them off. We had the speed down the sides and the guile to find the right pass.

“Joel has got the goal today and the same for Antoni Sarcevic. I’m delighted with that because we do need all players to get goals.

“We had to start the game well and put them on the back-foot because we knew they’d lost the last few games. We put the pressure on and that early goal set them back.

“It was a typical team performance from us. We won the ball back and passed it well.”