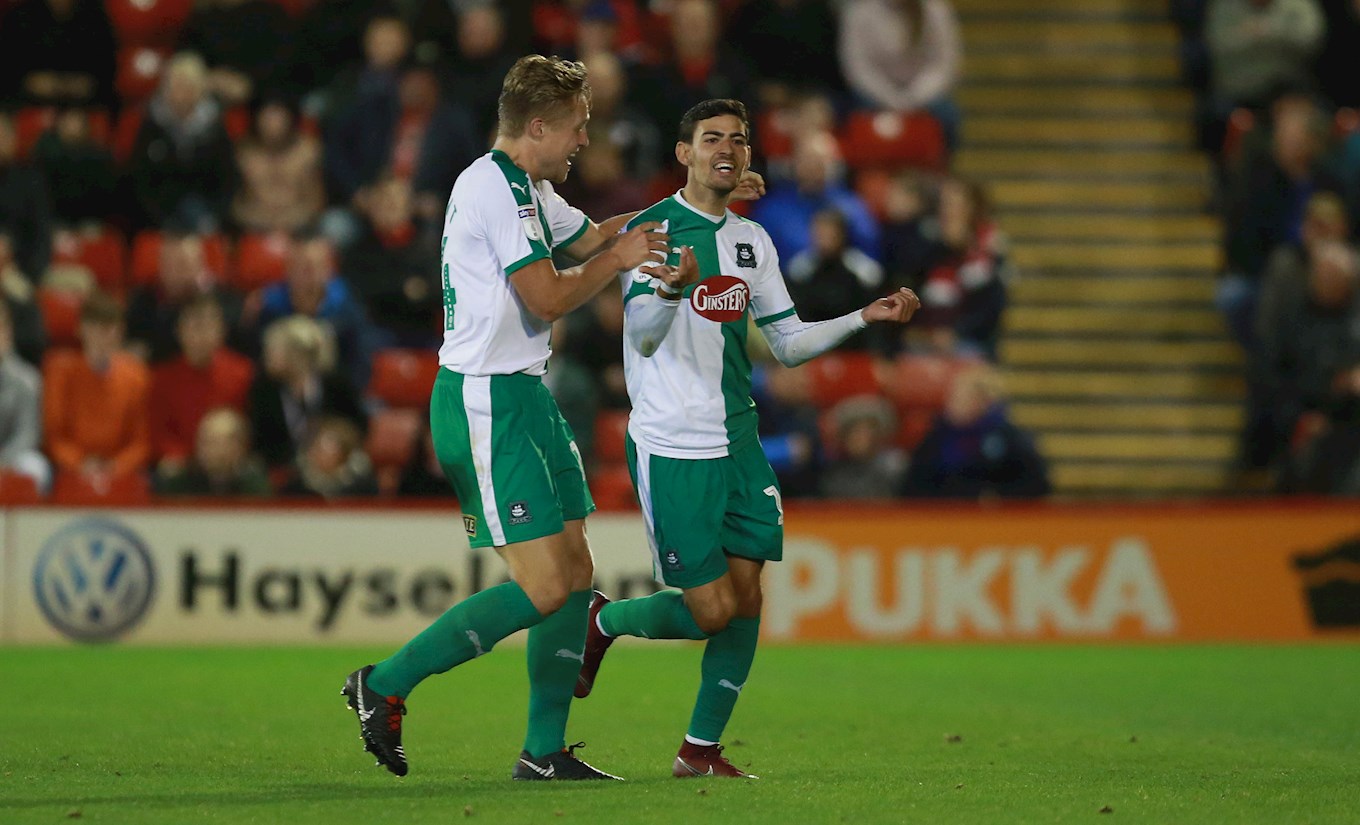 ARGYLE made the long journey home from Barnsley on Tuesday night with a well-deserved point against a side pushing at the top of Sky Bet League One.

Given the number of injuries in our squad, the tough results we have endured at the start of this season and going behind to a scorcher from Alex Mowatt on eight minutes, it was a draw full of the character Argyle will need in the weeks and months to come.

Ruben Lameiras again popped up with a crucial goal, levelling the match just before half-time, and his second in as many matches, but the skilful winger was keen to congratulate the contribution of everyone involved in earning a crucial draw.

“We knew how important it was to be energised and to put that into a good performance,” he said. “If we had a good performance, with the quality we have, we could try to get a result. We deserved a little bit more from the game, that just goes to show there is fight in the team. We are not happy with where we are at the moment, we will stay together and keep climbing.

“The boys showed great character coming from behind. Everyone, from the back four and midfielders to the front players, we stuck together as a team. It goes to show how much character we have in the team.

“I'm always trying to do what I can to help the team in a positive way. I'm trying to get as many goals as I can this season. Again, we feel like we could have got a little bit more from the game with the chances that we did have. We're always trying to put it right, we'll go again on Saturday (against Wimbledon at Home Park) and hopefully get three points.

“I had a thing with Joel [Grant] and he [jokingly] said I wasn't going to score, so I went over to him but he was nowhere to be found. That's why I went to the dugout. I found him in the end.”

While Ruben fully deserves his plaudits for an excellent goal, dancing through the Barnsley defence before spearing a low shot back across goal to find the bottom corner, it was Argyle’s overall resilience that caught his eye on the night.

People like Peter Grant have come into the team after the glut of injuries and showed the depth of quality and character in the Pilgrim dressing room.

“The back four did exceptionally well,” said Ruben. “Barnsley are up there for a reason. It's a tough place to come and, especially with people like Peter Grant, who hasn't really played many minutes, he showed he's a force to be reckoned with. It was a positive result and results breed confidence.

“This is my profession, I've got to keep my head down, I can't get too high or too low. I've always got to give myself small targets I can reach and just go from there, try and work as hard as I can, and try to help my team mates because we're a real good team when we stick together. Win or lose, we stick together.

“Whoever scores, it's a bonus, we just need to get the points now.”