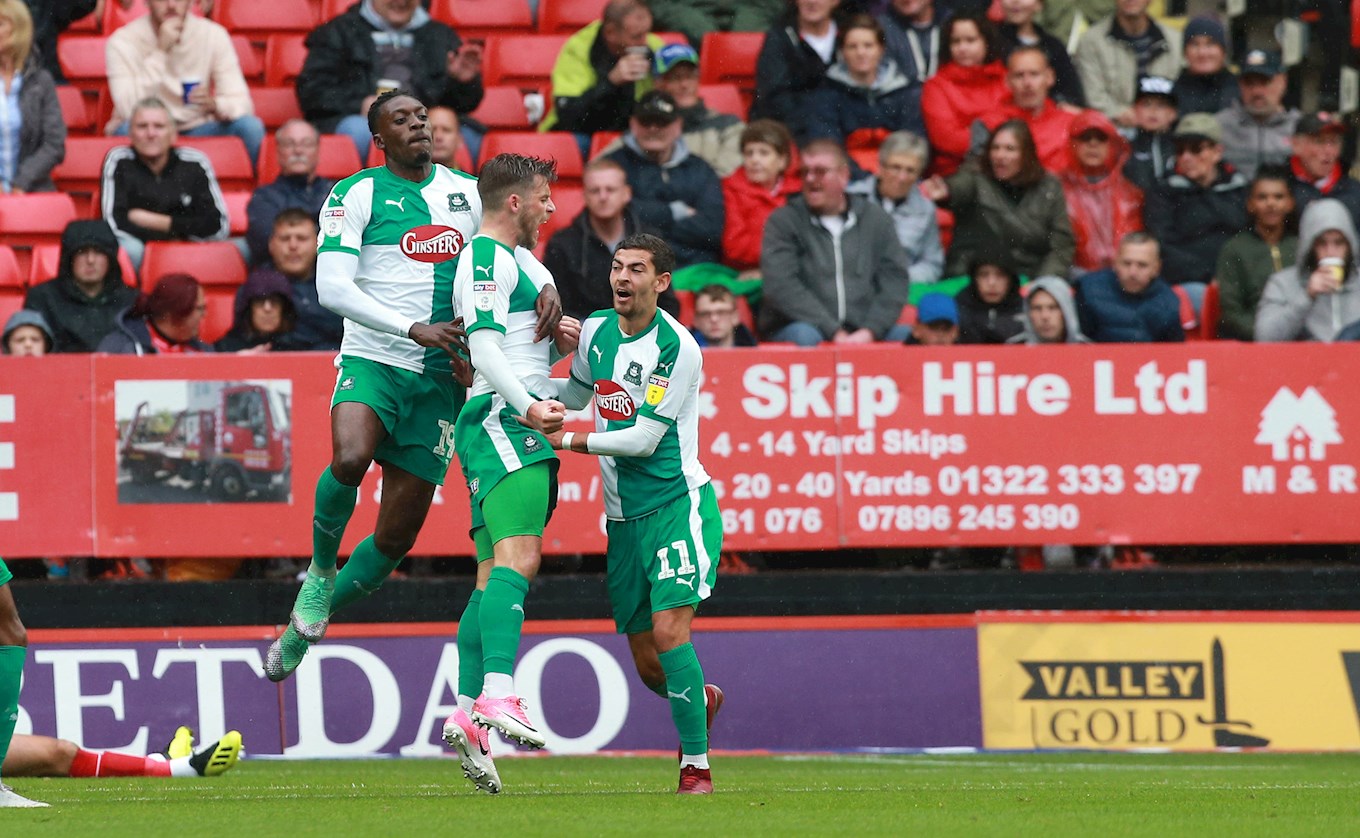 GOALS win games and Argyle manager Derek Adams is confident his current triumvirate in the final third are clicking into a brand new gear.

It all adds up to a creative force that Derek ranks alongside the very best in Sky Bet League One and they will again be pivotal to our fortunes at Oxford United this afternoon.

“We need to show the creativity we have got in the team,” said Derek. “Our front three is up there with the best in this division, not many teams can compete with the quality they’ve got and they’ve all scored goals in recent matches.

“It’s vital [for Freddie to score]. To be a striker, you need to score goals and the three of them have scored five goals in the last few games, and they’re creating chances as well.

“Today is a chance for us to get closer to the teams above us. We’ve picked up four points in the last week of the league campaign and we would like to win against Oxford to put pressure on teams above us.

“We changed the team around in midweek because we knew the importance of the Oxford game. We would have obviously liked to have done well in the Checkatrade Trophy but our league campaign is very important.

“We want to go and win the match because that can help us catch other teams. Wins are vital and confidence is a big thing in football, as is momentum.”

If you can't make it to Oxford today, get your Argyle football fix at Coach Road in Newton Abbot, where it is game on for the Pilgrims against Sticker in the Carlsberg South-West Peninsula League - kick-off 3pm.