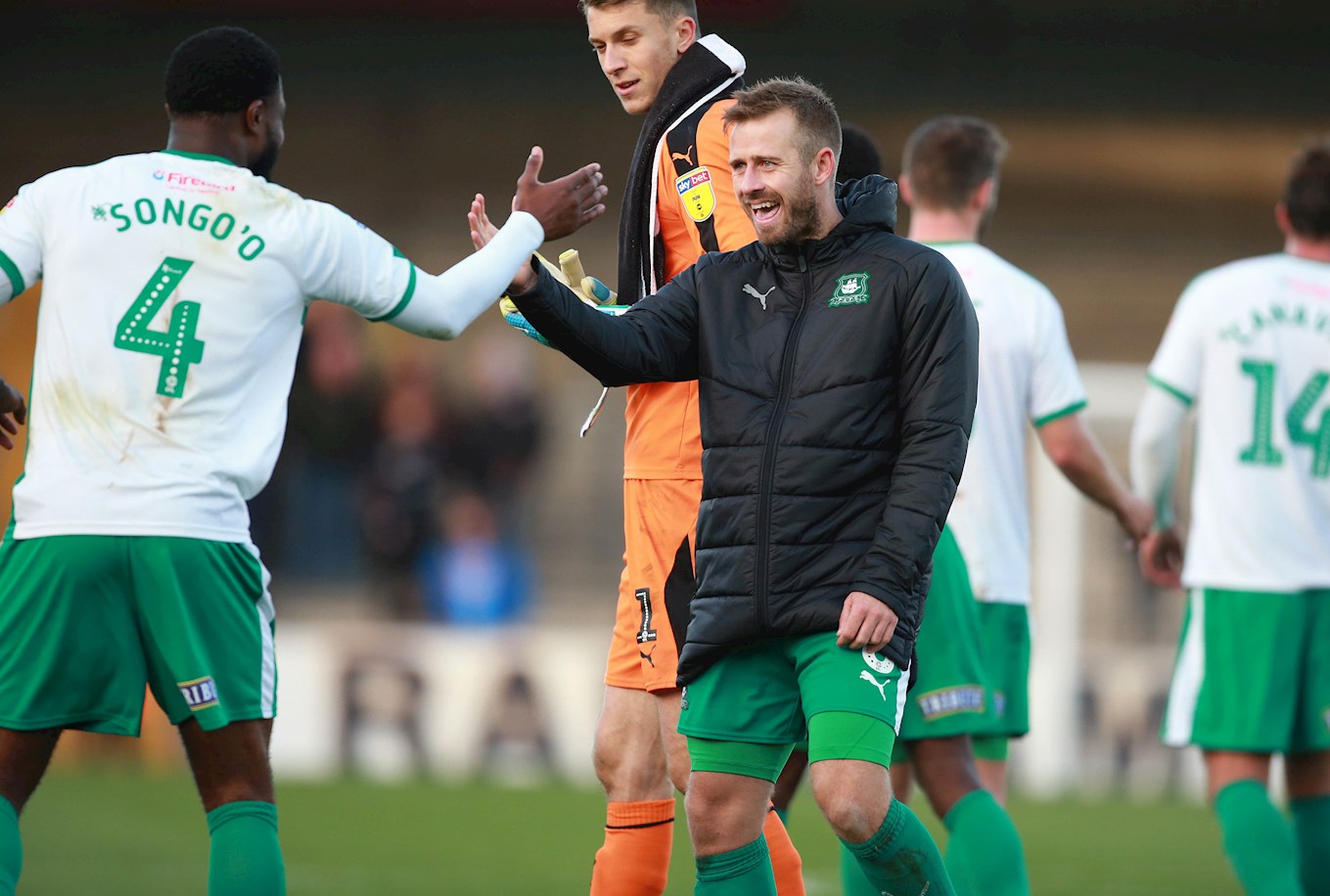 ARGYLE midfielder Antoni Sarcevic believes that the Pilgrims’ most emphatic attacking performance of the season owed as much to the team’s defensive qualities as it did their rampant forward play.

Sarce scored one of Argyle’s goals in their sumptuous 4-1 Sky Bet League One win at Scunthorpe United, having earlier laid on the third for Joel Grant which came just as Scunthorpe were threatening to peg back the Pilgrims.

Freddie Ladapo and former Scunthorpe player Niall Canavan had given Argyle a 2-0 interval lead, but the home side responded early in the second half through Lee Novak and had wrested supremacy.

The defence, superbly backed up by goalkeeper Matt Macey, stuck out a collective chin, though, and the game was all but settled when, on a Pilgrims’ break, Sarce crossed for Joel to squeeze the ball home at the far post.

He said: “You have just got to come together, get a grip on the game, and do what we were doing in the first half. [Scunthorpe] were going for it a bit and I thought that, if we did break them down, we would counter.

“That was the game done, there. That was a sucker punch to Scunthorpe. They were on top of the game; Joel took the goal very well. I think that’s just killed the game and we’ve seen it out perfectly.

“The defence gives us a platform to build on at the top end of the pitch. We have got to make sure that we make it worthwhile for the defenders by scoring goals.”

As well as scoring one and setting up another, Sarce again played his part in the restored three-man midfield, alongside David Fox and Jamie Ness, which made sure that Scunthorpe rarely got to grips in the central areas.

“Any defender will tell you that helps massively,” said Sarce. “If we can do that as best as we can and, like I say, contribute at the other end of the pitch, we will do well this season.

“The gaffer put us back together on Tuesday night, in different roles than he did last year, but we know each other’s game and we want to keep this going now.”

Argyle were on their game from the off against a side whose recent home results have been disappointing, gaining the lead after 14 minutes through Ladapo’s fifth goal in three matches.

Sarce said: “Any other team, you have got to play on their flaws, and they have lost a couple of games on the bounce. Any team that is struggling at home, the fans want to see a performance and we know that, if we can get on top of that, like we did, it can’t have helped them at all."

The victory was Argyle’s second in four days, coming on the back of a 3-1 home triumph over Gillingham which seems to have heralded a change in the Pilgrims’ fortunes this season, and also of Sarce’s own personal circumstances after injury.

“It complemented Tuesday night massively,” he said. “We were very good on Tuesday and we just wanted to come here and show that we can keep that up. It is probably up there as one of the best games of the season, along with Tuesday night.

“I’m feeling probably the best I’ve felt and I need to maintain that and stay as fit as I can for the rest of the season.”