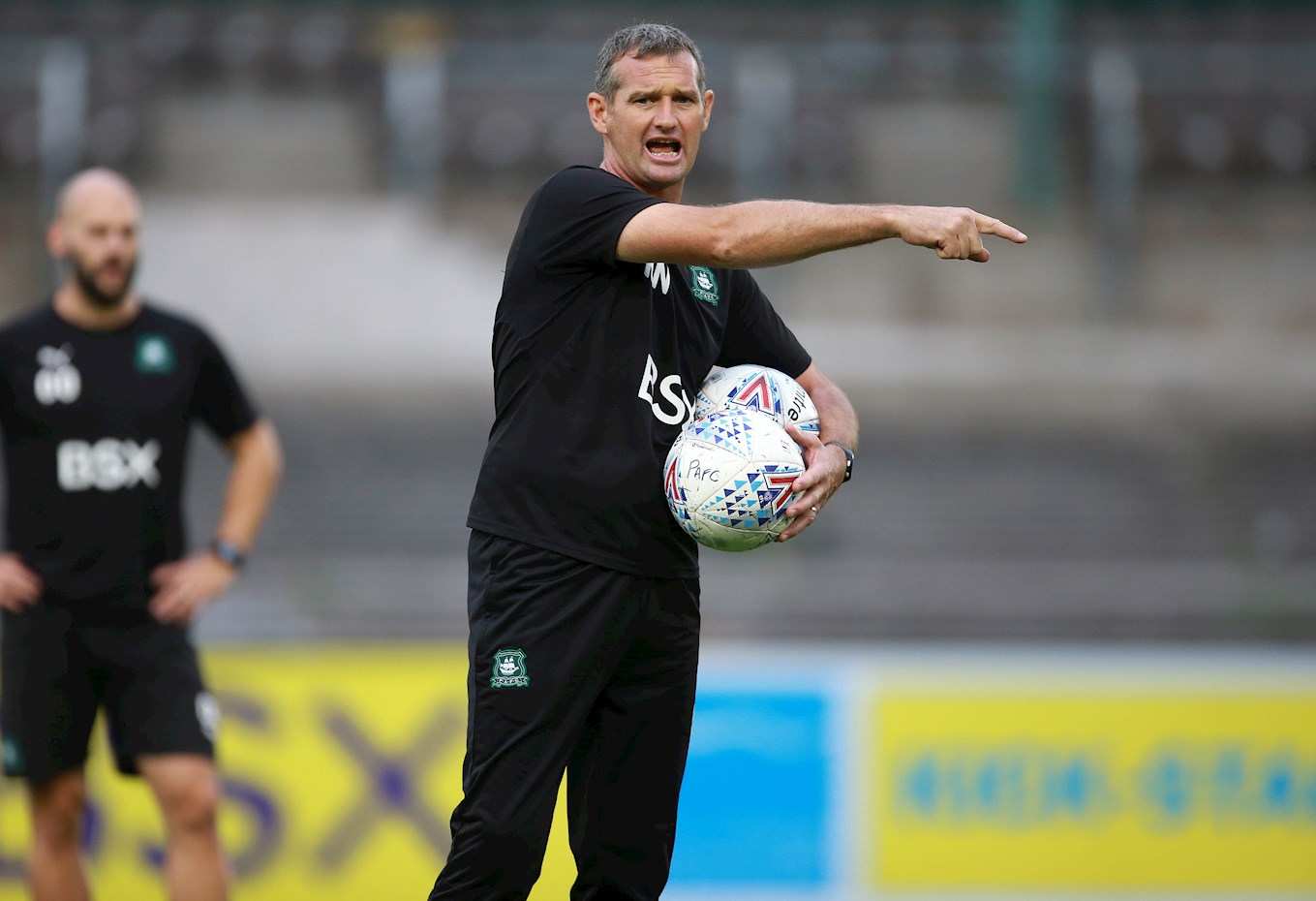 KEVIN Nancekivell hailed the Pilgrims’ togetherness after they progressed to the group stage of the Premier League Cup by beating Portsmouth 2-1 at Home Park.

Goals from Alex Battle and Cameron Sangster, either side of a Haji Mnoga equaliser, ensured passage to a mini home and away league involving Aston Villa, Bristol City and Derby County, with first-team coach Kevin, who took charge of the side, more than satisfied with the collective spirit of his side.

“I was impressed with everybody,” he said. “I thought there were a lot of good performances out there. It was very much a team effort; everyone’s played their part.

“I was really pleased with the first half. I thought we started on the front foot, won a majority of the second balls, and put [Portsmouth] facing their own goal, making them defend.

“I was delighted with that, and we passed the ball well and maybe should have been two or three up at half-time.

“We didn’t start the second half in the same vein but stayed strong and I think we deserved to win. I’m pleased for the boys.”

“To be fair to Portsmouth, they went up another notch at the start of the second half, and we went back a little bit. But we recovered and I was pleased with the outcome. Full credit to the boys – they put in a real shift tonight.”

The victory ensured another six games for Argyle’s up-and-coming talent in a competition designed to provide a platform for players aged under 23.

Kevin said: “As a club, we decided that it was important that we entered the Premier League Cup to give our boys a different challenge, and we needed to get past this stage to play at Bristol City, Aston Villa and Derby County.

“So we can look forward to that – hopefully playing at some nice stadiums and enhancing our development.”