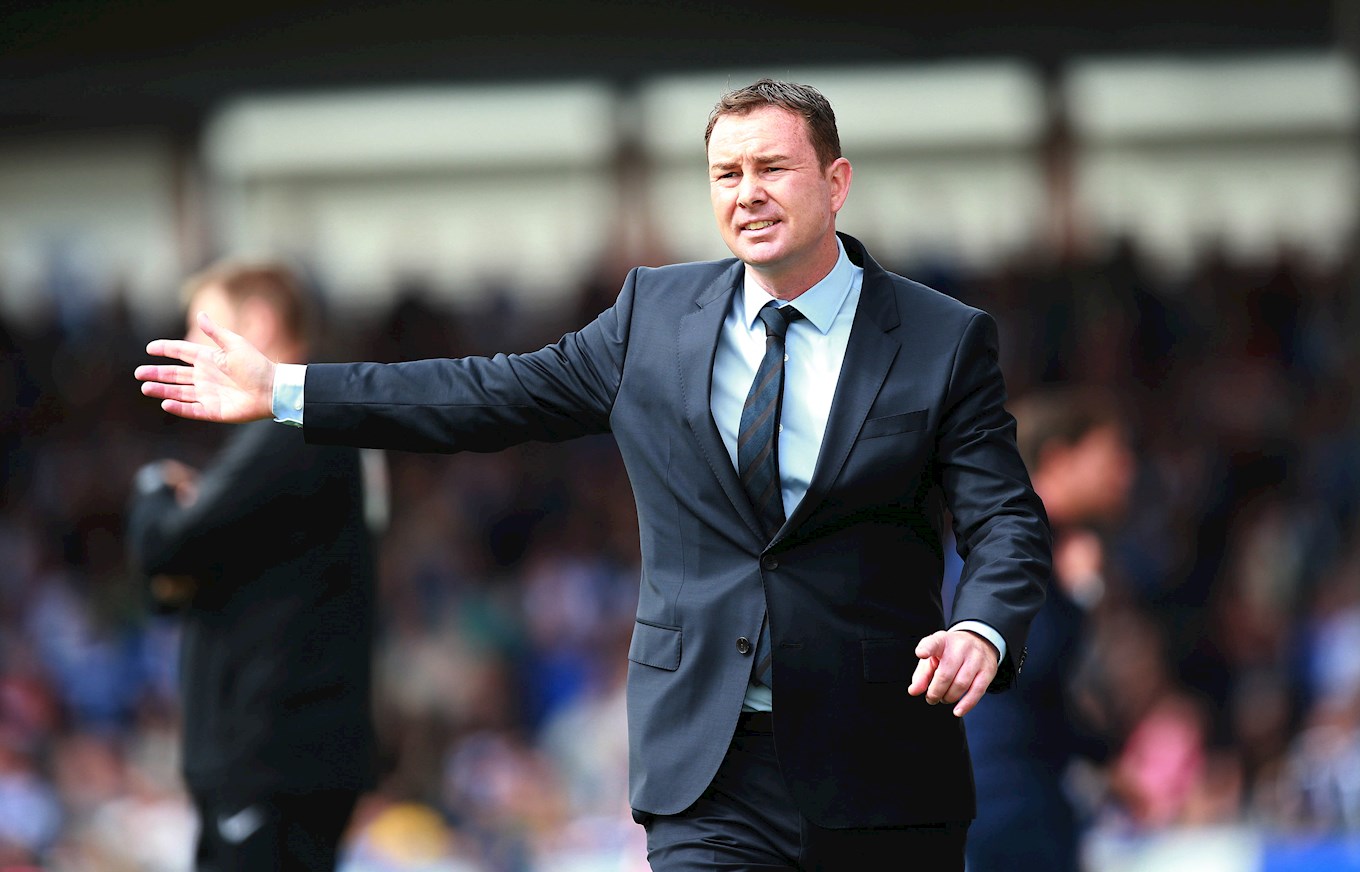 ARGYLE manager Derek Adams was in no doubt who held the balance of power in the Pilgrims' 0-0 Sky Bet League One draw at Bristol Rovers.

“Over the 90 minutes, I thought we were the superior team,” said Derek.

After a nip and tuck first hour, when Argyle’s solid shape denied the home side from making more than the occasional incursion into the Pilgrims’ penalty area, the visitors cut loose: Graham Carey had a shot brilliantly saved by Jack Bonham; Antoni Sarcevic leathered a well-crafted opportunity wide; and a goalmouth melee saw Rovers clear their lines three or four times in a row.

Derek said: “Their goalkeeper’s got man of the match – he makes an outstanding save from Graham Carey; we miss an open goal; there are skirmishes on the line.”

Graham was denied by an instinctive save from Rovers’ on-loan Brentford custodian Bonham, who flung out a string arm to divert a powerful shot wide, after being set up by substitute Joel gra

“It was going in the top corner and the goalkeeper has made an outstanding save,” said Derek. “He was very good for them. He came for crosses all afternoon - he pulled them out of the air - and he looked very confident.”

Sarce’s opportunity to break the deadlock and claim a first win of the league season for Argyle, who have now drawn three and lost four of their first seven games, came a little later, when he was played in by Freddie Ladapo.

Derek said: “It was a great chance. The ball came across the six-yard box and it’s an open goal, really. We deserved to score that goal at that time.

“We’d like a wee bit of fortune in front of goal at this moment in time. If the goal goes in, you get a lot of confidence, but you saw, by our play, that it will not be long before we get going.”

Bonham and the home defence were by far the busier of the two back-lines, with Argyle building such a solid base that their own goalkeeper was called into serious action only  once, to brilliantly deny Sam Matthews.

“We did keep a very good shape,” said Derek. “Matt Macey did make a very good save in the second half from a long-range shot, which he had to do, but, other than that, I don’t think they troubled us too much. They had [Kyle] Bennett on one side and Matthews on the other side and we kept them quiet.

“We were delighted to go in at 0-0 – that was the game-plan. After Bristol Rovers started the second half well, we got a grip of it and we should have won by a couple of goals.

“When we got the ball into the strikers, we did look a threat. Freddie Ladapo was a handful all afternoon and were we just unfortunate not to have got that goal. We really should have been walking away with three points.

“Our performances [this season] haven’t been a real problem – it’s been giving away goals. We stopped that and we’ve been a threat at the other end.”