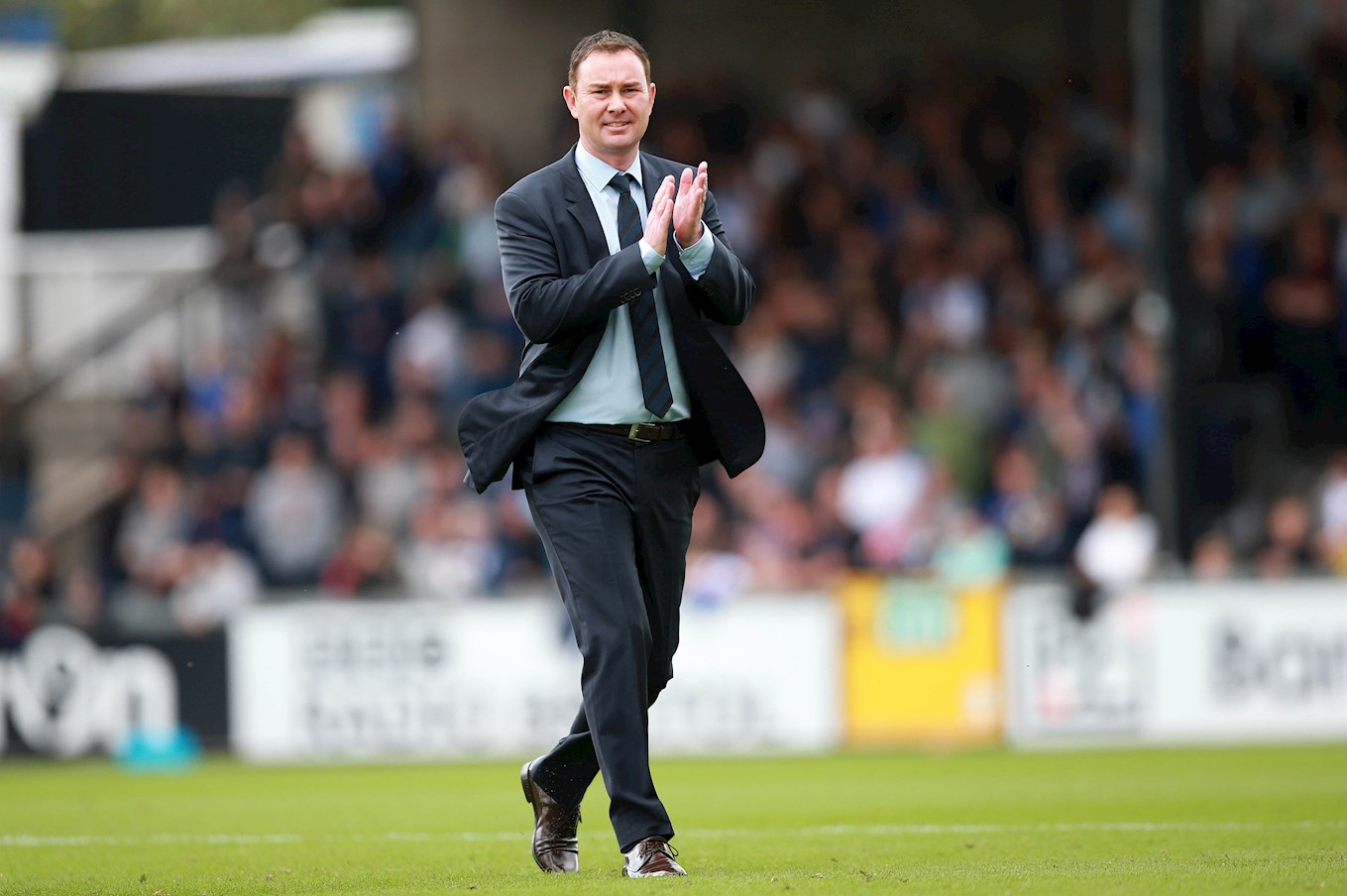 DEREK Adams saw plenty in his side’s 0-0 Sky Bet League One draw at Bristol Rovers to reinforce what he has always believed – that Argyle’s winless start to the campaign is an anomaly, and that anomaly will soon be rectified.

“We’ll be fine this season,” said the Pilgrims’ manager. “We’ll be in a good position. We’ve got a very good squad and we’ll be pushing on.

“We just need to get the wins together and we’ll get that if we play as we did today for the next 39 games; we’ll be in a very good position.”

Only once in 90 minutes did Rovers truly threaten to break down a solid and disciplined defensive line, into which Niall Canavan was recalled and Gary Sawyer switched to left-back in place of Ash Smith-Brown.

Derek said: “I’ve gone for experience in the back four. We went for a defensive unit. We’ve got Ash and Tafari Moore, who can get forward, and this moment in time is maybe not for that. We need to be solid.

“We’ll get to a stage when we’re going to play expansive football, but it’s not for this time.

“We had a clean sheet. We looked solid. We played forwards; we didn’t play backwards – we’ve worked on that, to play in their half. We played a number of balls into the area that might have looked like loose balls but it was to try to put Bristol Rovers under pressure.”

Derek’s positivity seemed to be shared by a 1,150-plus contingent of the Green Army at the Memorial Ground.

“They’ll be happy with a point,” said Derek. “We always want to get three points, but they stayed to the end and clapped the team off the pitch – they know the efforts the players are giving.

“It is difficult for us because we would have hoped to have come away with three points, with the display we had, but we will have to go away having taken a point and with a clean sheet.”